This topic has been deleted. Only users with topic management privileges can see it.
last edited by
0
S
step-saturn

I'm running FA on a Apple Mac Mini 2018. I have Windows 10 installed on a Bootcamp partition. I installed FA through Steam.
Unfortunately the game is not working properly: When I run it without the FAF client, the Logo and the intro cutscene don't play any sound. I tried to play the first campaign mission, all sounds work except the voices from the story line. Fletcher, Graham, all silent. Music and game sounds work.
When I quit the game, a grey rectangle stays lingering on the upper left corner of the screen and the application keeps running and my computers fans start to get really loud. I need to use the task manger to end the application.
When I use the FAF client to launch the game, I get the same sound issue on the Black Day mission (characters not talking). Tried the first two AEON missions and all sounds seem to play, including the characters talking.
When I quit the game after launching through the FAF client, I still get a crash report. Here's what the FAF client tells me:

I also get random ingame crashes, The Black Day mission crashes anywhere, had it crash during the intro but also had it running till after the first map expansion. Sooner or later it crashes though.

I tried running the SC app as administrator and in compatibility mode WIndows 7 and Vista, no change, tried deleting the game.prefs file, no change, deleted the game, redownloaded through Steam, same problems, reinstalles FAF too, same problems.

I'm not very adept at dealing with Windows computers so I might be missing something.
If anyone could give me some tipps how to possibly solve this and play FAF without crashes, I would appreciate it.
Please let me know if there's any info I can provide.

Of course I'm not sure the sound problems (I can live with them) and the crashes (making the game unplayable) are connected.

I'm uploading my latest game log file, this time the game didn't crash (I only played the second AEON mission for about 5 minutes) but it crashed as always when exiting the game to Windows.
Not sure this helps:
game_14330531.log

Have you read the FAQ for audio problems? 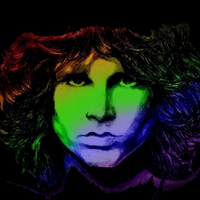 Hi, guess I've had same problem on macbook 16", it was because of sound driver. So disabling it could help, you can do it by:

Have not tried, but I am pretty sure if you buy USB headphones or USB sound card it should work just fine (cheap ones should be available for less than 10$)

When playing without sound Strategic Icon mods could help nukes.

This doesn't look like a typical audio problem, at least from the log file - so the FAQ may not be of too much aid in this case. I would suggest disabling the audio as mentioned in the post above - and seeing if this resolves the crashing issue. Then move forward from there.

Thanks everybody for the replies!
@olessavluk I did as you suggested and disabling the sound in the FAF settings seems to help - the game doesn't cause the error when quitting any more. Haven't tried a longer game so not sure the random crashes are gone too but I'm optimistic.
I tried to disable the apple sound device and use my display speakers, connected via USB3 but that doesn't fix the problem. I also checked the FAQ about sound and made sure the sound device of my display is set to stereo, 44.1kHz. Still same problem.
So let's say the crashes are fixed if I play without sound but of course it would be nice to have sound. Should I just give up on that feature?

Oh, if I disable both the internal sound card and the display sound device in the device manager, the crash on quit doesn't happen and I can also launch the vanilla FA and quit it without a crash.
So it's pretty clear that the sound is causing the problem.
Now I just wonder if I can get the sound to work somehow.

I played without sound and didn't get a single crash. I read somewhere that it might be possible to solve this by installing the game on a slower disk. Maybe I'll try that at some point (didn't have a free disk today) - for now I'd say the problem is solved as it works when sound is disabled. Thanks for the help!
Best,
Step