This topic has been deleted. Only users with topic management privileges can see it.
last edited by Samadhi
4 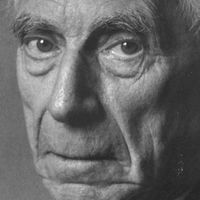 Hi all, here I will present some of my maps. My design philosophy can be summarized in a couple words: simplicity, clarity and to be playable with many different strategies. I fell in love with this game almost 10 years ago because of the distinct feel to it. Supreme Commander is more of a sandbox game than a classic RTS but the biggest appeal to me was always the opportunity to play on huge maps. Naturally, these are the type of maps I mostly create. I hope you like them and maybe play them someday.

I will start with my latest map from the WorldSet series

It is heavily inspired by the playstyle of the famous Dual Gap Series. But to make it more interesting there are some key enhancements. North side there are mountain ranges where you can reach bases from the other side. So dont neglect them.

The ocean is big and there are several islands which can be destroyed only from T2 ships onwards. You have to chose, expand quick, defend heavily and use your resources to fortify. Or let the others expand and use your scarce resources to build an army to overrun these islands later and make the investments your opponents made obsolete and level the playing field this way.

Most islands are reachable only via a flying unit. Drop your boys quick.

This map is inspired by the Azimuthal projection method. I opened up QGIS, a powerful open source software to work with GIS data. Then I downloaded earth data from naturalearthdata.com and projected the world coastline in the Azimuth equidistand projection. After that I played around in Photoshop to get a good and most important, playable angle. I redrew everything per hand in the FAF Map Editor from @ozonex (best thing ever!). Had a blast playing around with different lightning and soft texture fading. I wanted to have a sunset feel to this map with a smooth salmon colored theme.

As with most of my maps it's a huge multiplayer map of 20x20 km - mirrored to be as much balanced as it can get. The players spawn in a left-right setting from top to bottom. Nobody can really hide behind other players, everybody is kind of a front player on this map.

To prevent that everybody rushes mid without an alternative option in hand there is not much reclaim in the middle of the map rather more mexes. After studying a couple replays from good players I reduced the mex count in the middle and now it seems to be balanced. There is a choice now - rush mid and fortify, or stay at home and attack later with a bigger army to prevent your opponents to get back their expansion investments.

The mex count is inspired from the famous map Setons Clutch. Everybody starts by being surrounded from 4 mexes. Every player has 3 extra expansion zones. Two with 3 mexes coverable with a single T3 shield to prevent simple raids later on and one expansion with also 3 mexes but placed in a line like a pearl string. So in total 13 mexes. The rest are sprinkled around the map. 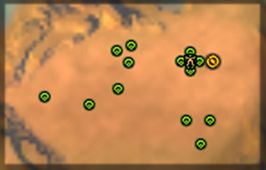 For maximum playability I chose to make the map as flat as possible. My design philosophy demands that if there are mountains they need to serve a purpose for the player not only for aesthetic reasons. In the early versions of this map there even were the Alps but it turned out they changed the playability to the worse so I had to flatten them. Clean, simple, easy for the computer and easy to build structures were my goals. Players should use their brain power more for tactics and strategy rather to think about "where to build this factory or that artillery".

I hope you like it and maybe play it someday. Until now i got only positive feedback even from stronger players but I am always open to constructive critic. There is a player (don't know if he wants to be named here) which pitched me an awesome idea about reclaimable and regrowing ice shields in the arctic circle. Maybe I will come back to it later when I figured how this can be implemented. In the meanwhile, enjoy some of the pictures below.

The north-south string of commanders are eying to the middle. The Greenlands are important so dont let your opponents conquer them for free.

This map is one of my "War Series" maps. It's a multiplayer battle arena style map like Dual Gap. This map features 7 bases behind mountains accessible only through small areas between them, the two different lakes or via air.

The most important physical features are 2 land bridges, thats were the name "War Bridge" comes from. In the north two players walk through a door like gap marked with pillars which opens up to a big plane with ponds and lakes. The same setup is found at the southern side of the map.

Behind these 4 frontal players are 3 support bases which can chose between specializing in air cover and/or navy. A landlocked ocean sized lake is found in the middle of this map. Be careful, there are certain spots where players can drop and build hidden bases behind enemy lines to build a surprise army flanking inside enemy territory.

All this territory is complimented with a lot of flat top mountains to build radar, anti air turrets or even small bases where players can spam artillery. This map is meant to appeal to Dual Gap players or players wanting to mix up their Setons Clutch repertoire.

As with all of my maps I wanted to keep it simple and max out on the playability side of things. There are 3 distinct heights, the flat lands and two different heights at the mountains. The top and niche like areas.

So - download this map - open up a lobby, beam down to this planet, build a base, conquer the middle, build a lot of boom boom sticks and pew pew lasers and throw them at your opponents. Can you be victorious?