That sounds like a wonderful opportunity for the community. Well done!

FAF was part of an RTS pentathlon last year, gave away some CPU's, headsets, and keyboards and raised over $6k for food banks.

someone asked "do you want live casters or would me doing casts of games after the fact work?" 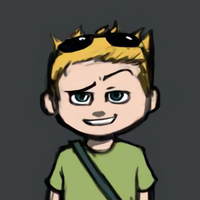 do you want live casters or would me doing casts of games after the fact work?

Live casters is the preferred format, since they'll have a full livestream and record at the same time.