This topic has been deleted. Only users with topic management privileges can see it.
last edited by Packer
8 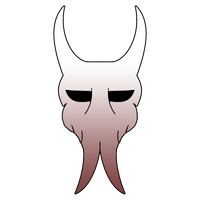 A highly customisable and mod compatible survival script with several built in features.

The purpose of this system was to create a proper survival mode with customization and mods in mind that people could easily use to create their own survival maps without having to use a outdated (often broken) script. I’ve invested time into making this a very readable, clean and functional system that can easily be added to or removed from.

Check out the Survival Genesis Trailer

Check out the Wiki: Link
The wiki is current a Work In Progress, it will take time to document this project.

Q: Nothing spawns when I load the map?
A: (See See Scenario File Setup) It is likely the scenario.lua file has lost the directory data (Map editors will do this), add back the following line into your Survival_Name_scenario.lua file with your map's name: directory = '/maps/Survival_MapName.v0001/',

Q: Will this be continued to be updated?
A: Likely yes, I can never commit to anything permanently but I’m seemingly always coming back to this script in the meantime.

Q: Is Github the latest version?
A: The latest stable version yes, if you want to check out potential updates just download my Survival Genesis map on the FAF Client.

Q: Will you add “X” feature?
A: All you can do is ask in this thread, I have taken suggestions into account with its design but it's meant to be robust, generic and flexible.

Q: Does it have this “mod” supported?
A: Potentially, when the map loads the middle right hand side of the screens will display what mods are compatible and loaded into the map. If there is a mod of significance that you think should be added, post in the thread.

Q: Survival Genesis is too Easy / Hard
A: Try increasing the “Survival” settings at the bottom of the map options in the lobby to give you an easier or harder game. Balancing mods and the base game is tricky but I tried.

Q: Why is it called Survival Genesis?
A: It's based upon the lore of the map, an alternative timeline where the Alliance is on their last legs and in a last ditch effort, reactivated a super AI "Genesis" that would indiscriminately produce and attack everyone endlessly after they were defeated. Genesis was created from the events of the map "Experimental Factory" during the desperate war.

If you have any questions, errors or bugs, post below.