Best posts made by Emperor_Penguin

I think an enforced global pause would be preferable to getting locked out of your UI for sometimes like 20 seconds (like Cascade described) until you manually fix it.

What would be the harm in opening the election to other candidates?
There are presumably 3rd parties that do have an idea of what is feasible or not that could support have good ideas and perspectives that are compatible with the existing team's infrastructure.

having one vault where anything goes is pointless there would still need to be a minimum of rules and then it would need to be policed so how is that any better than what we have now ?

My proposal for 2 lists doesn't have/allow any more or less content on the vault than Morax's proposed whitelist system does. The difference is in the accessibility to the non-whitelisted content. I want new non-whitelisted maps to be in an easily accessible list; Morax doesn't.

Having new non-whitelisted maps available in an easily accessible list is better for the many, many players who like to play on maps that won't be on Morax's whitelist.

Ignoring the situation because many people who don't agree with you don't voice their opinions where you see/understand them doesn't make their opinions less important or nonexistent. You want proof that people want to play maps that won't be on your whitelist? Look no further than the bazillion astro crater variants (that I assume will never be on your whitelist) that pop up all the time and get a remarkable amount of games collectively. Thousands of people like those maps and want to find more maps like that. They don't have to say so to you for you to realize that. The data speaks for itself there. And that is just one example..... Honestly, open your eyes and realize that a lot of people like things that you don't like and want to play on maps that you don't like, because it's fun for them to do those things and play on those maps.

posted in Mapping •
RE: [UI] Show number of units in bay (Carriers etc)

If carriers could show units in them like air transports do, that would be great.

Lots of people can want to play bad maps, sure. Still makes them bad maps.

One man's trash is another man's treasure. They might be bad maps for the games you want to play, but good maps for the games someone else wants to play. That doesn't make the maps inherently good or bad; it all comes down to perspective and individual preferences.

I would really like for the elitist part of the FAF community to stop marginalizing the astro/gap players as well as others with preferences that don't match their own.

What would be the harm in opening the election to me?
I am a 3rd party that has an idea of what is feasible or not that could support have good ideas and perspectives that are compatible with the existing team's infrastructure.

Feel free to talk about your ideas in another thread, but a opportunist response such as this is not a good first impression.

Please don't make false quotes like this; you fabricated a quote of things I never said. Honestly, being a good councilor would be rather time-consuming; so, if the election was opened up, I would prefer to vote for someone who I think would do a great job and take FAF in the right direction. I want a people's candidate. If you plan to take FAF in the right direction, I could even end up voting for you.

I ask what's the harm in opening up the election because it seems very undemocratic to have a closed election, and I want FAF to thrive more democratically.

WE ARE MOVING TO A WHITELIST VAULT SYSTEM

People can still upload to the vault, but there will be no "showroom" when users go to the vault section in the client.

If anyone has any strong feelings about this, please state so, and present some damn good evidence if you think what I stated here is not the case.

Morax, there are merits to making the whitelist "showroom" that you describe, and I think making an easily accessible and easily discoverable list of good new maps like that could help resolve many of the issues you mentioned in your post.
However, there should still be some easy enough way to find all recently made maps in one location for those who want to be able to view them and potentially play on some of them.

I read the totality of this forum (as well as many previous discussions on mapping, new player experience, vault regulation, etc), and there are very clearly strong differences of preference among different parts of the FAF community.
As much as you, FTX, and others, may want to disregard thousands upon thousands of Gap players, Astro players, etc, they collectively make up massive parts of this community (if not the majority!). And while the logic that FTX gives for the 99999999th time does explain some of those players, no matter how you spin it, there are still very large quantities of players who prefer mapping styles that will never be on your "whitelist". Those players should be able to view a list of all recently made maps somewhere.

One way to do this would be to make your regulated whitelist vault showroom, and have it featured near the top of the page, and put the (unregulated or less regulated) list of all recently made maps somewhere near the bottom of the page, with small letters and a note on how the maps may be bad (if you like : P).

Using this system will still make it easy for new players to find "good new maps" by your standards, while also allowing those with differing/contrasting map preferences to find the new maps they like.
And you won't need to be a "vault policeman" with this system either, as you can just give this list of maps as much or as little attention as you would give them anyway (regardless of if they were in a list). And if you want, you could also place a note by the unregulated/less-regulated list of recently made maps that says the maps in this list are not regulated for quality and [insert derogatory statement here].

This system accomplishes your stated goals, and it doesn't take something useful away from those with different map preferences. It should consequently be more popular and more well-received by the community at large. So, I request/suggest this system be implemented instead.

Latest posts made by Emperor_Penguin

posted in Tournaments •
RE: [UI] Show number of units in bay (Carriers etc)

If carriers could show units in them like air transports do, that would be great.

@darkym Interesting idea; I made Crater Bay with it in mind, hope you like it.

Have a good idea for a new map?
Have a particular concept you want implemented in a new map?

Suggest your ideas here:
(pictures/drawings and or descriptions welcome)

If there are any good suggestions posted, I will probably make a map based on one or more within the next couple weeks (and later), and hopefully other mappers will as well.

Adaptive Aldrasil - This map was refined many times with a lot of effort, and it received a similar score in a mapping tournament to Sun Dragon Temple, which is in the above list. 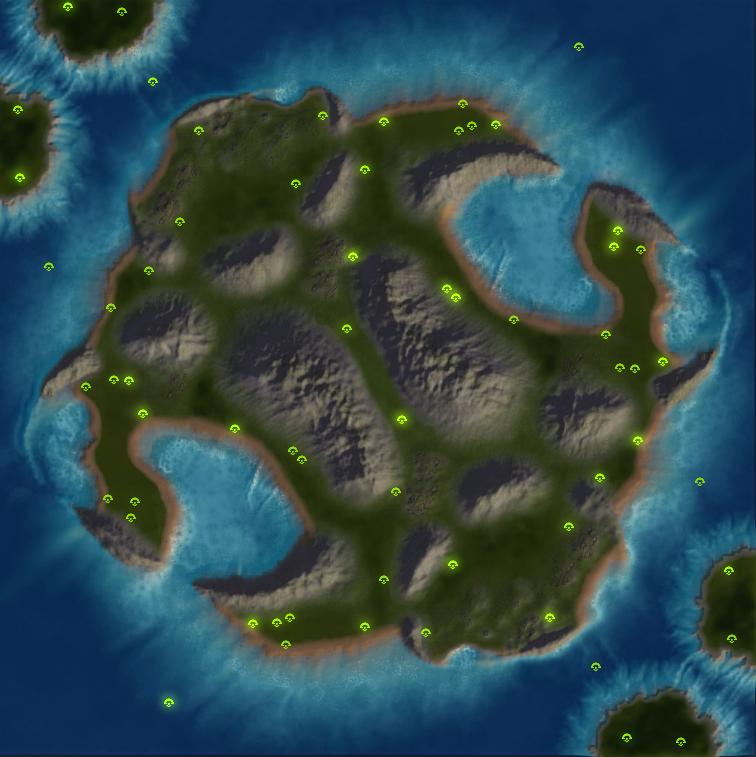 posted in Mapping •
RE: When will LOUD get integrated into FAF?

Hmm, perhaps that should be added to a "to-do" board somewhere...

posted in Blogs •
RE: When will LOUD get integrated into FAF?

Why couldn't we just have an option on FAF to link a 2nd installation directory of FA for loud, so that we can host/join loud games via FAF client and with ICE?

posted in Frequently Asked Questions •
RE: Unofficial tournaments should be allowed on the forums

Yeah, the current rules are basically what I thought they were then. So, I still support the idea in the OP. Also, that's a good point about increasing tournament diversity, Psions.