RE: Knights and King Tournament

posted in Mapping •
RE: Fear, fruit, and f***ed up hardware: 10 questions with Banani after the Summer Invitational

posted in General Discussion •
RE: Astro Crater and Commander Gun

posted in General Discussion •
RE: Calling for nine2 to resign as Promotions Councillor

No offense but your latest news post looks exactly like this, a half hearted attempt to retroactively appear unbiased

Can I find a random quote from the other 2 candidates where they are toxic and spam this thread full of them without making any point, or will they actually be deleted now

Hi all, second judge here (finally). I’m generally a more forgiving (albeit less experienced) critic than biass, so I have to say overall I liked the maps, wouldn’t even mind playing them !

Here is a table summarizing the results:

I should make it clear that I gave every map a score of 3 in the Theme category if it didn’t obviously go against the theme rules (which none did), with bonus points for nice props etc.

Millenium Valley
I think this map looks nice but has an absolute ton of reclaim. I'm not overly against in maps like ditch etc, but here it's either around the back of the map/spawns or right in the middle, so not much interesting stuff can happen. You use the reclaim behind you to make a ton of facs to rush mid, then whoever wins mid will probably win from there. I would suggest at least making the “default option” for reclaim to be much lower, so that it could be in tmm without this amount. Or if you want to have a mega mass map like ditch, try to break up the terrain a little so you don’t just make 100 factories and rally in enemy base. Daroza for example has a lot of terrain and the reclaim is very spread out – this forces you to fight for every inch of the map.

Gornyak
I think this seems quite interesting – I like the civs and expansion paths. The gameplay will probably lend itself to gun + t2 push a lot of the time, but there are at least enough directions to go and opportunities to try something else. The colouring is nice but the random sand mountain looks out of place – maybe if it was a valley it could clash less with the existing mountain theme? In any case it isn’t clear enough that it’s pathable to the top. The reclaim amount is quite high and spread in smaller mass rocks, so I think games will scale quite fast – some people may not like this (and call it a rock clicker map). I don’t mind it, but if you wanted to reduce the reclaim I don’t think it would hurt gameplay at all. Overall I like the terrain and mex placements, so I wouldn’t mind getting this map in tmm someday.

Cherry Blossom Valley
Obviously looks great, the pink trees are super nice and the decals overall are hd and pretty. However, I'm not so sure on gameplay, seems like each dude has one side to spam down and that's it. Not quite a 1 lane map but it's almost that. I’d have to play it, but I feel like slots 2/3 (also these would be broken for tmm) would be gimped a bit vs slots 1/4. Mid river is way too small for meaningful navy, and I think 8 naval mexes is 8 too many – especially when you can barely fit a navy fac in. This map would definitely be improved a lot if this river simply wasn’t there, it would allow for a lot more interaction and strategy between the players. I can see the painstaking work that went into the aesthetics of the map but I do think the gameplay has been left in the dust a bit.

Fall Ziggurats
I like the terrain and mex placements, but I have to say the ramps look pretty ugly. If you just use a similar terrain to the rest of the ground it should be clearly pathable. Custom props are nice and I think the amount of reclaim is nice overall (little less than open palms). However, it’s really not clear to players that the large trees are functionally worth the same as the tree groups of another map. I think it would be better if these were actual groups of the smaller trees, as these look nice and would not require some secret inside knowledge from players about the map. I also like that the reclaim isn’t just arbitrarily placed in mid for muh fast gameplay.
The ziggurats are kinda quirky butI think they would work better without civ pds on them, the aa is also pretty unnecessary and annoying (four of them??). Would definitely not mind getting this map in tmm (mb remove those aa's), seems like you could have some interesting games. Overall I give the win to this, because I think the gameplay and variance are the strongest.

Kaali
Kaali obviously looks great as well, but I gotta say it looks quite similar to mauve and autumn. Would be nice to see you experiment with different biomes and themes (although obviously an "evergreen" tourney is not the place for it, so I won’t be too harsh). I’d love to see what you could do with an ice, desert or rocky themed map. I'm also really not a fan of the weird decals to show you where to cliffbuild, otherwise this would be a 4.5 on aesthetics. Not sure if this makes me an elitist but these big yellow boxes just seem patronising- might as well have big arrows saying EXPAND TO HERE. Maybe just a factory decal would be a more subtle way, or even better a mountain that looked like you could cliffbuild up it. The other point is on a map that is otherwise designed to be very realistic, it kind of kills the sense of immersion for me.

Seems like a ton of mexes placed fairly randomly, with a few in actual expansions (I know you’ve since reduced mex count.) To be as harsh as possible, it feels like some sort of algorithm designed this map based on all other 10km 2v2 maps - there doesn't feel much that's new about it, outside of the texturing and mask. I know I'm being harsher than on other submissions but I would just want some more creativity in the gameplay area, in terms of gameplay I really can't differentiate this map from some of your other maps at all. Overall good map and it will probably get into tmm with the changes made to it, I look forward to getting it.

Closing Thoughts
I like a lot of these maps and it was impossible to pick one that was clearly better than the rest. I know biass has given a lot of useful feedback, so with that and my humble opinions, I'm hopeful that a lot of these maps will transform into something players will love.

Edit: I should add that my scores may change ever so slightly, namely the "Theme" score, to be standardised with biass' score. This will allow scores to be averaged without clashing too much.

can't wait for someone to apply who actually qualifies

posted in Tournaments •
RE: Alternative to game quality indicator - Handicaps/Bonuses

Also no idea why you think giving a low rated guy more resources and buildspeed would increase their effective skill, if anything it would turn them into a mass donation machine akin to cheating ai

posted in Tournaments •
RE: Why would you have left FAF?

@Tagada said in Why would you have left FAF?:

Make a vs AI tab in Play tab (along Custom games and Matchmaking) where you will be automatched (solo) vs AI of chosen difficulty, this could use a seperate pool or just the ladder one. I know people can host their custom games etc. but this would make it very straight forward to get games on curated types of maps where you can learn the basics.

This would also be a nice way to introduce new players to some of the nice custom maps they may not have seen before, and this pool can be way less picky than any ladder pool and need changing less often

@F-Odin playing vs AI in a non-pvp setting is a large proportion of all faf games played, making it more convenient would be beneficial to those people. It's not about training the next ladder god.
And besides, playing vs ai should still be a useful learning experience if you are totally new and e.g. don't even know what tmd is or how anything works

posted in General Discussion •
RE: Any way we can create the purple texture ?

https://youtu.be/_wXK0aYnz70
Can either import your own or experiment with mixing existing textures to create new colours. Would recommend checking Jip's guides on here as well.

posted in I need help •
RE: MapBan System - Map List

@Sir-Prize I'm not saying tourneys "need" something like this. But better overall layout and better viewer experience make it look like someone actually thought about these things -> looks more legit. We don't have to copy sc2 in every way.
Do map bans even play a significant role there?

I don't post a lot, but this is a fantastic idea and will make big tourneys look a lot more legit

posted in General Discussion •
RE: Got Beat by Turtling Player on Seraphim Glaciers

@luke113 I watched until min 17 and it looks like you have overflowed about 70% of the mass you have collected so far, in case you're wondering how he has more resources than you

posted in Game Issues and Gameplay questions •
RE: A Topic of Dumb Ideas! 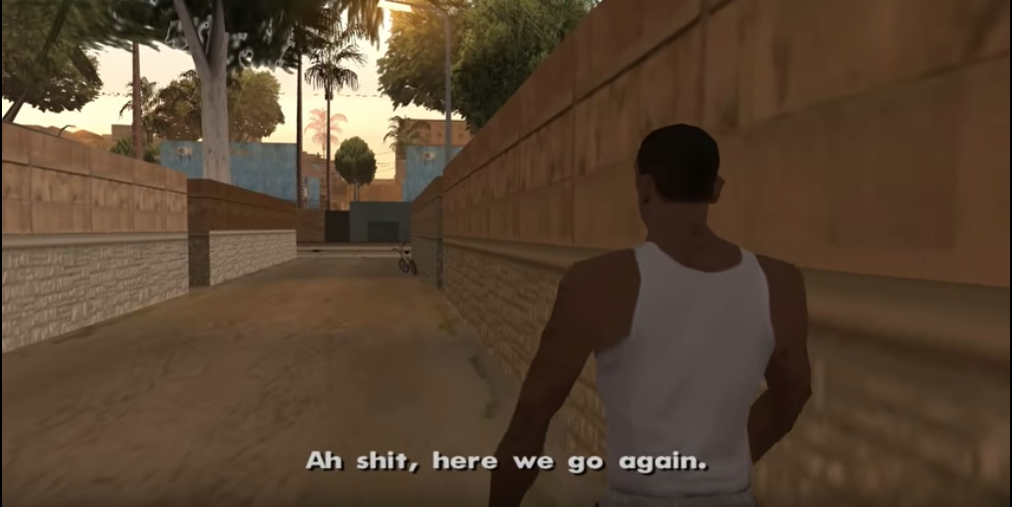 posted in Balance Discussion •
RE: TA Mapping Tournament (#6, 10x10 and under)

@Degulum argon is already a map so mb needs a rename