Best posts made by Auricocorico

RE: Council of Setons EXPOSED - Part 1

To be frank this is just unacceptable way of managing an organization.

Few members of the council can't stand eachother, ok. So instead of resolving the conflict internally and finding a way to work together, you (and i mean all councillors ...) choose to make this some kind of public showdown, and no less that at the time of the PC election ...

What are we suppose to do as players ??? Judge this childish conflict and say who's wrong who's right ?? Are we supposed to vote for team 1 or team 2 depending on who throws the more text and revelations ?
The common player like me has NO IDEA of what your little conflict are, and we don't care, are we supposed to catch up on years of drama to vote appropriatly ??

Seriously, i want to vote for some concrete stuff like how we will manage tourneys and ladder. This bullcrap is just turning this election into a joke, it's annoying to witness, and completly uniteresting ... And it's taking so much space that i can't find the will to read the PC election thread anymore, even though i'm interested into what the candidates are offering for the game.

Can't you just collectively get your shit together and act like adults ? Or are you going to feed us hundreds more pages of pointless talk ?

Hi there,
While everybody is concerned with the election, i'm entertaining the idea of resurrecting on old weekly tourney that was going on between 2007 and 2009 in the french community.

I'll spare you the cringe lore about the secret guild of pirate commanders hidden on the planet Calypso, their mighty leaders designated by the law of the strongest, the pantheon .. etc. I might translate all this old post later to hype people up, but for now i'll just stick with explaining the format :

So that's it, basically. Few rules have to be set up :

This last point is important and has to be discussed. I remember this tourney to be very "casual" : the champions used to be good, but not unbeatable. It used to be a big deal, because everybody in the community thought they had a chance, and also because you would be featured in an event followed by everybody with around 100 viewers weekly (it was just the french community remember !).

Now i'm not sure we can recreate that .. without rating limit, it would become a big show of all the pros, which can be interesting. With a rating limit, it can appeal to a more casual player base ... I'm really torn on this.

Don't hesitate to comment on this idea. I have an exam in June, so won't host anything until this summer, so plenty of time to talk it out.

posted in Tournaments •
Is aeon arty nerf a bit too much ?

@Fremy_Speeddraw can you explain the heavy T2 aeon arty nerf ?
The damage was probably bugged i agree, but nerfing the accuracy as well ? Right now, aeon arty misses small stuctures (a mex) 40% of the time (small testing on ~15 shots here : #14147797), i'm afraid lowering the accuracy that much render it completly useless against small structures. 2.5 accuracy is cybran's arty accuracy, which has double the AoE to compensate.

Have you been testing ? What are the results of it ?

posted in Game Issues and Gameplay questions •
RE: Complaint about TMM and Ladder Pool Rating Brackets

It is indeed the only AA that dies to all bombers (except Aeon) in one pass. And seeing your entire army, including AA, dying in one bomber suicide raid is quite demoralizing sometimes ^^
A little +10 HP to bring it to 260HP and resist the sera bomber (and help a little against UEF and cybran) would be good quality of life improvement.

Just imagine not being a burger and not having swkoll thomas raider and you in your timezone ... Imagine being arch

Quite happy with mapgen. For me it's not a problem to have a "meh" map once a while, i'm quite confident that the diversity of maps layout will eventually offset that once you will have played more.

Granted, I also agree with your point that it's not good game design to have a faction that's only good on some maps and not others

Wtf are you and tex talking about, the entire game is designed around the fact that factions are not the same and have defined strengh and weaknesses ?? Are you saying the existence of the aurora is bad game design ?

Faction diversity is a strenght of the game imo, it forces you to think about the matchup and about your strategy. I'm completly OK with cybran having the most powerfull frigate and having my aeon frigates suck ass, as long as I can develop some viable strategies to work around that (torpedoes, air, dropping, some micro, going t2 navy ...). That way instead of having identical gameplay where everybody makes the same units, the game tells you "nope, you're not winning against cybran frigate by mindlessly spamming your own frigates, think something else".

Now I agree there is a problem in the very early game, where cybran frigs can snowball out of control due to them winning any 1v1, and some counterplays are not very viable (subs are cool but don't really stop the frigate from rampaging mexes/engies). That's why I think of increasing the potential for micro. Maybe tweaking the turret turning speed or the firecycle, or the projectile physics.

So any results of that survey ?

Latest posts made by Auricocorico

RE: [Format discussion] 2v2 weekly showmatch - The Commanders of Calypso

Btw i'm on holidays, so i'll probably get back to this tourney idea in august/september.

posted in Tournaments •
RE: The reason why Cybran is weak on land.

Aeon T2 land was garbage few years ago ( aeons ago ... :D) but now i'd argue it's about 2nd best behind UEF. Cybran feels last for all reasons said above.

This being said, cybran t2 unit are not "trash" and unusable, they are just slighly worse.

Yea, if you play braindead into your faction's weaknesses, you might lose. Just don't build cerberus turrets in order to "counter" the ennemy UEF player making triads. Don't try to 1v1 head first a gun+nano or a chrono ACU at the t2 stage. Just play around your strenght, and be smart (hey isn't it the theme of cybran ?).

posted in Balance Discussion •
RE: The reason why Cybran is weak on land.

Brick rush is the new harb rush. Just skip the bad units and go straight to the good ones. Or just spam mantis, i heard it's pretty great.

posted in Balance Discussion •
RE: Protecting mexes in early game

Just watch ladder replays of better players than you and just watch what they do.

posted in General Discussion •
RE: Protecting mexes in early game

I don't know, send a tank with the engi, and make a PD/and or a factory after your mex. If it's lonely mex it's not worth it to protect it tha tmuch, but a well placed forward factory at least helps in rebuilding / reclaiming.

posted in General Discussion •
RE: Ideas for Mercy changes

Now my opinion : I am not in favor of just tweaking numbers and keeping the design as is, i'd rather see a rework of the unit. Current design has too many problems to be fixed with just small tweaks.

Now you guys bring up interesting point toward a full rework.

We talk a lot about frustration of getting sniped, but the frustration of using this unit is also very real, to the point where you never make it because it's too risky. I would rather have a weaker unit than a powerfull one that you can't reliably use. So for me the "1 HP, Low Fuel" aspects of the unit should just disapear. Higher HP (even if it's low) is a good step to make this unit more reliable. Bigger size, why not but what for exactly ?

Now based on what you suggest and on the last "AoE DoT" idea, i can see a design where :

Basically you would use the mercy to pick off isolated building like you would do with TML but here the counterplay is static AA instead of TMD. And the second (main) use of it would be to zone off units.

Maybe that's too big of a change, i don't know ... But i can see it being usefull and not too blatantly overpowered/frustrating to play against.

posted in Balance Discussion •
RE: Ideas for Mercy changes

I don't know why you would throw a mass cost change as "groundwork". Better see if it's necessary after deiciding on the other stuff, no ?

In general, let's be carefull about changing all stats at once, it makes balancing and testing a lot harder ... It's better to decide the goal of the rework first : in which direction you want this unit to go, and then modify stats to fit this goal.

For instance, answering those questions from last thread would be a good start : Do you still want the mercy to be a snipe tool, but with more consistent counterplay ? Or do you think the unit design is broken and should be something else (last thread mentionned some damage over time on a big area) ? Small tweak to numbers, or big rework ?

posted in Balance Discussion •
RE: Could Tractor Claw mechanic be used for carriers to pull aircraft from sky into hangar? 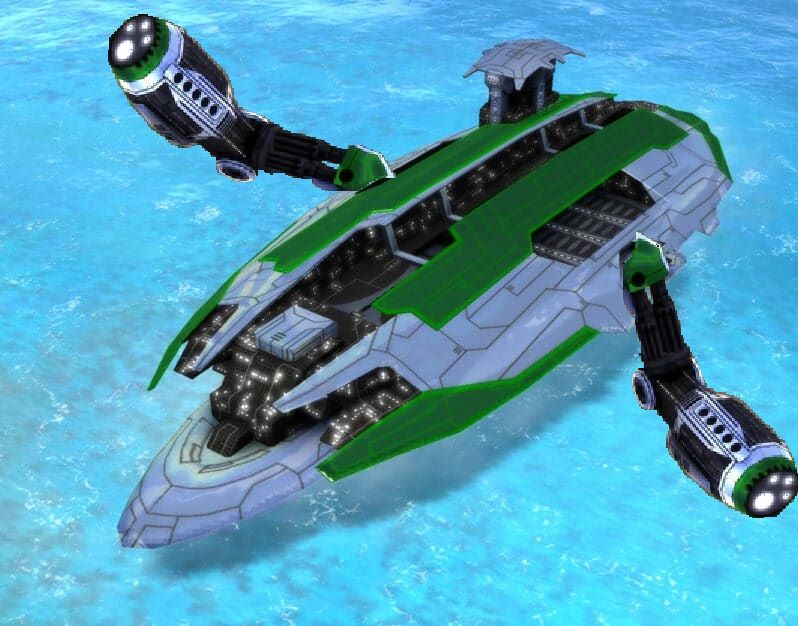 Faction vetos are part of standard rules ? Or out ?