@archsimkat @ThomasHiatt @Rowey That overlay is very cool. It does appear to have been added to the video after it was recorded. But I wonder if it is technically feasible to make a mod with a similar kind of overlay that would appear in-game. So there would be a mod specifically to help with casting 1v1s (Or I guess it could show team stats if it's a multiplayer match).

The first issue is: could it be a UI mod, or would it have to be a SIM mod?

Can you have a UI mod that can see other players' mass/energy bars? If so, obviously it would be illegal to use that UI mod when you play competitive games. You could probably write the mod to only display the overlay when you're in observer mode, and to deactivate itself if you're not an observer. But that raises the question of whether someone could tweak the code so they could spy on their opponent's mass/energy bars. It would make it very easy to cheat if you just had to make minor edits using a text editor to a single Lua file in a UI mod and then: poof, undetectable cheating.

And if it's a SIM mod, can you play back a replay with a new SIM mod on, that wasn't present during the original match? Or would that cause desyncs?

If it's not going to be a game mod, then I think you would need to get recorded data from the game. I don't know if info from the replay parser would give you what you need (e.g. does replay parser show mass/energy bar values?)

Other ways to get that info:

(3) watch the video yourself, pause every second, and write down the info by hand.

(4) does SupCom itself have built-in debugging tools that make this kind of text output? That would be the best way I think. You would just watch the replay with the debug mode on. And then you'd have all the info you needed

@arma473 You can see the data the mod would require in the supreme score board. If that can access the data during the replay (as a UI mod), then this mod would be able to do the same.

ss/energy bars are. It doesn't show current amounts of mass/energy or current storage capacities. More info is needed than what

Then how do people always know that I am the one that has mass in storage.

@jip SSB shows different things if you are a participant in a match, an observer of a saved replay file, or observing a live replay

Also, showing the amount of mass you have in storage doesn't show the limits of your storage

(And by "observer" i mean you start the match as an observer. I'm not counting players who die and are able to keep watching the game and communicating with their team)

Deribus is right - storage is available as an observer.

Adding more information (e.g., the maximum storage of a player) is just one PR away.

I searched around a little but and couldn't find an answer anywhere.

Is it possible to change what area select (click and drag) selects?

Specifically I'd like to be able to area select an army and have my sparkies be selected as part of the army, but this could so be extended to including/excluding buildings etc.

Alt+Drag to only select engineers would be really nice, with the ability to create additional modifiers (e.g. ctrl to select only air, ctrl+alt to select only navy etc).

A mod that highlights scouted enemy nukes, t3 arty, SMD and experimental buildings on the map.

I missed this. I do not have the time to look into it, but is Hussar aware of it?

Thanks! Will check it out.

Sorry, for the late reply. This is exactly what I mean. The second screen isn't really that handy because there is strategic zoom. With the widgets it could become useful.

@dragun101
Can you do mod Fighters always fly. 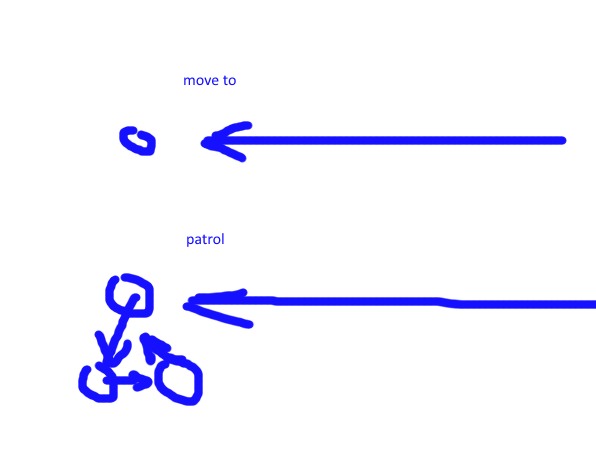 It's called the 'Guard' command.

Hey Aulex, that a sound thing which I don't have much understanding how to do and more relavently. I just don't have much time for modding anymore beyond simple things and scta mods

Ok here is my request, i want a mod that notifys you when an enemy acu is scouted and maybe leaves a marker at rach acus last known location. Is this possible to made?