This topic has been deleted. Only users with topic management privileges can see it.
last edited by HUSSAR
11

I updated my Supreme Score Board (UI) mod and you can find version 6.0 in the mod vault of FAF client. Please rate this UI mod because previous ratings were removed when I uploaded new version.

Now, it supports new features and I also fixed a few bugs there were reported:

Let me know if you have suggestions for new features. You can report an new features/ideas and issues on this github page 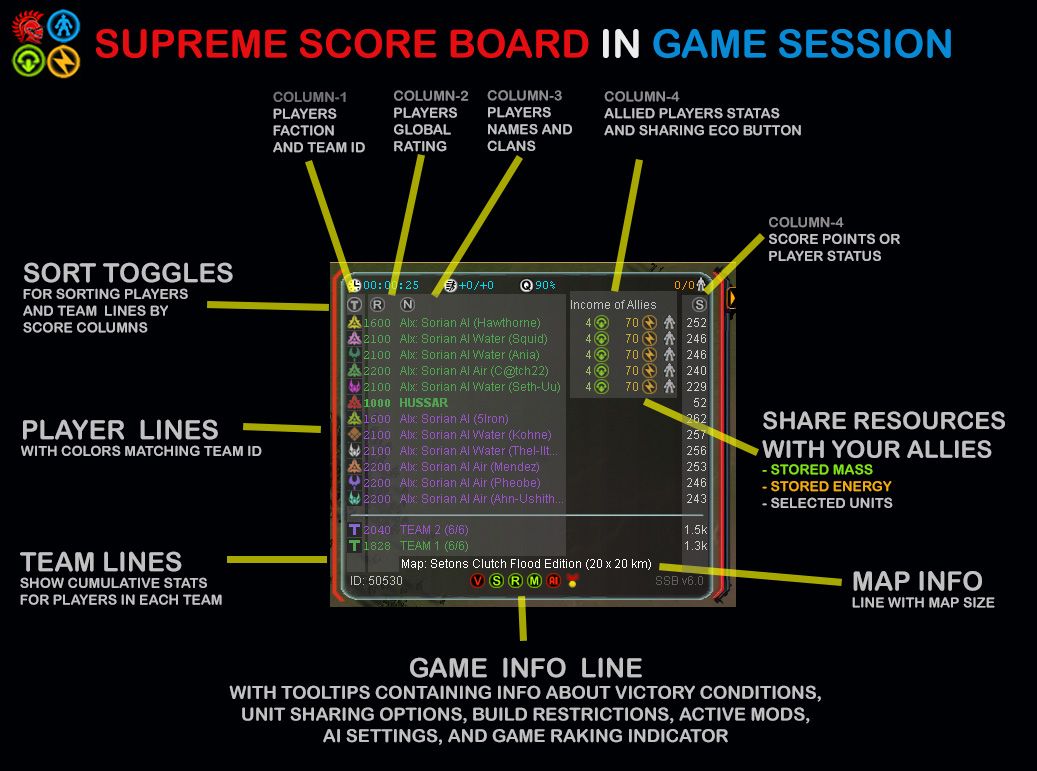 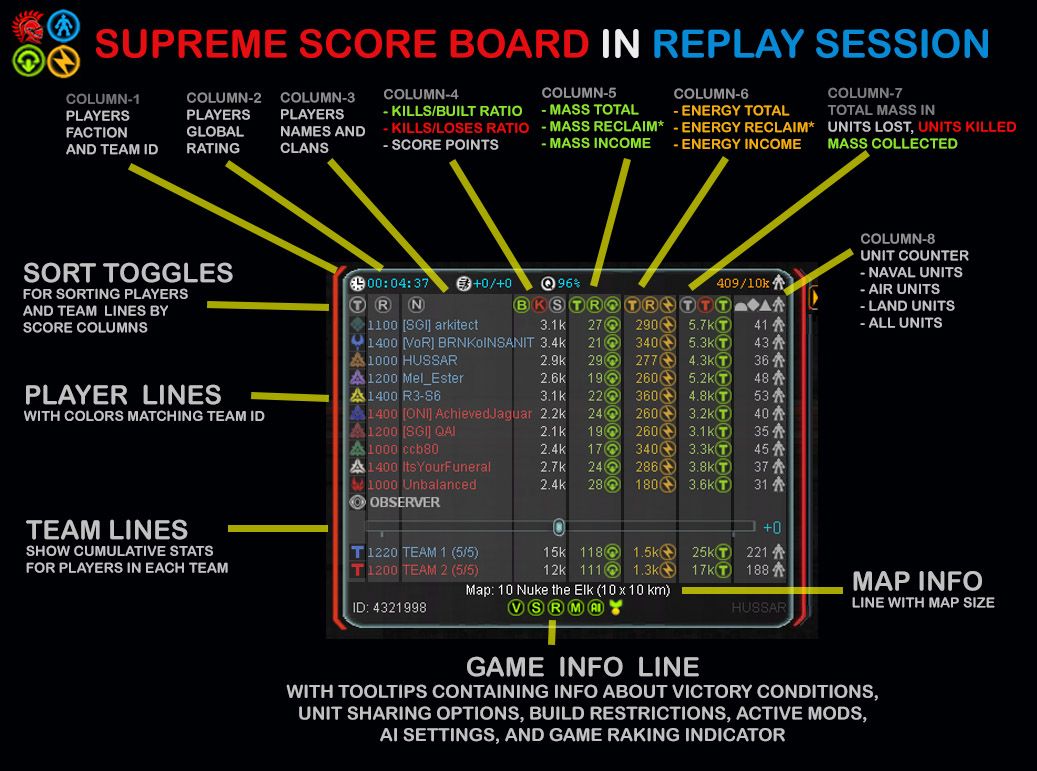 Thanks for the update Hussar, this is the single most useful mod in FAF. Glad to see it's not abandoned.

Does this version is compliant with ui scaling ?
It's a very good news otherwise

Yes, version 6.0 fixes most of issues with UI scaling and there are 2 minor issues that I will fix in the next version.

Thanks for making all of these fixes. It's great to see the Supreme Score Board keeping up with the changes/improvements to FAF like UI scaling.

Is it possible to update the mod so that, when we are watching a replay, the mass per second numbers aren't affected by reclaim? Before the recent changes to FAF, a person could look at those numbers to understand the generated eco of each player. Now we can't do that, because the numbers constantly fluctuate wildly.

Also, the same fix would be good for power per second (but that's a lot less important than mass/second)

I understand it's not your fault. I'm wondering if this is something you could fix. I think the community would prefer it that way (that we would prefer to have numbers that mean something rather than fuzzy randomness that we would have to interpret like witch doctors reading entrails). Again, I know it's completely not your fault. And I'm sure the admins had good reasons for making the changes to FAF, it's just unfortunate that the scoreboard stopped being so useful.

Hey Hussar thanks for updating and keeping it up. 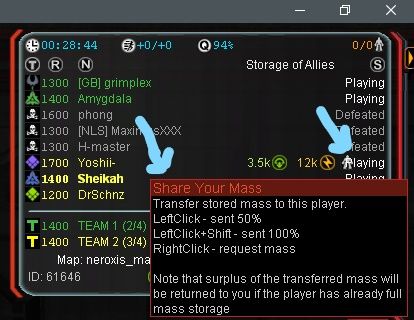 added player's name when someone creates a ping on the map

... Is it possible to update the mod so that, when we are watching a replay, the mass per second numbers aren't affected by reclaim?

I will see if I can fix it in my mod.

Thanks for reporting this issue and It should be easy to it.

There were two small issues I noticed.

I will fix these 2 issues.

The counter of unit cap is broken since the last game patch, is it something that is possible to fix so that it works again in SSB?
Thanks for all of your work, you've done great job!

Yes, I will fix it in SSB

Thx for updating this great mod!
IS there an option to enable to have the give units to Ally, like on previous version ?
Thx

IS there an option to enable to have the give units to Ally, like on previous version ?

That option is still there? Just select the unit(s) and click the unit icon on the scoreboard next to that player's name.

Thank you very much - I would like to see the stats without hovering over it - Every time I want to check their numbers I have to interrupt my commanding/building flow just to hover over their name.

Wouldnt it be much better to see the whole eco and current income with a glance? 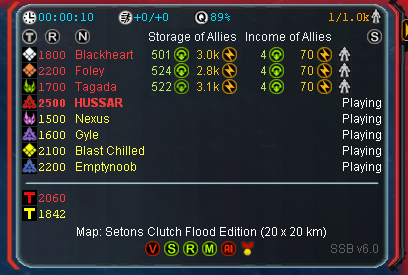 Thank you so very much for your thoughts on this - This looks really awesome.

haha, my rating is almost impossible to reach

But seriously, I added code to rename names of AIs (based on their type and cheating options) with names of high-rated FAF players.