1v1 custom games should be unrated

Basically what it says in the title. Add a condition that in order for a custom game to be rated it must have at least 4 players.

In my experience custom 1v1s are for practice, meme maps like 1v1 dual gap, or malicious rating manipulation, all of which shouldn't have an impact on a player's global rating.

That means players who start off playing just one map (like astro) and end up overrated and then want to try and play different games have to force a teammate to suffer playing with someone overrated, in addition to playing far more games, to have their rating adjust to something more sensible, with it being a miserable experience for both players (since the overrated player is likely to just get abuse thrown at them by the teammate who expects them to play as well as their rank would indicate).

If a custom 1v1 is played and both players are trying to win, why shouldn't the rank adjust? E.g. if 1v1s are for practice, then that sounds like a valid reason to be rated and a decent guide to the player's skill. I also don't understand what makes a 1v1 dual gap game so much worse for judging ability to play than a 6v6 dual gap gap - I'd have thought 1v1 would be a more accurate measure of your skill since in a 6v6 you can play poorly yet still win if your teammates do well, and have a lot less to worry about than 1v1 where you have to do all the roles yourself.

The only issue I see is malicious rating manipulation, but there's already a rule banning that

@deribus said in 1v1 custom games should be unrated:

In my experience custom 1v1s are for practice, meme maps like 1v1 dual gap, or malicious rating manipulation

If you wanted to stop abuse of global step 1 would be unranking games with extreme range in mu.

Global games are extremely easy to abuse — see lilSidlil getting 3100 on All Welcome Dual Gap or Unicron getting 2700 on All Welcome Astro Crater. 1v1 is just one of the many, many ways you can inflate or deflate your global rating.

@archsimkat he is almost 3.3k lol

It's honestly getting ridiculous. It's really annoying to have to keep track of the "value" of someone's global, to see what kinds of games they play and whether they are overrated/underrated in your type of game. 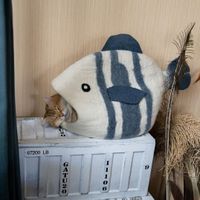 it doesn't change anything, there are only a few abusers, they are easy to calculate, sooo easy

@deribus said in 1v1 custom games should be unrated:

In my experience custom 1v1s are for practice, meme maps like 1v1 dual gap, or malicious rating manipulation, all of which shouldn't have an impact on a player's global rating.

No offense, but how much of this is actually your experience? I, and many others (when I have time and motivation to play) host custom 1v1 on maps we want to improve on, often maps hosted in the ladder pool. Just because a game is a 'practice game' does not mean it isn't competitive, or isn't a demonstration of who is better. There's also tournaments, which are a large source of 1v1 games.

Custom 1v1 is a great way of "correcting rating". A lower-rated player who keeps getting kicked due to rating can use 1v1 to gain enough points to get into the 1k range where more complex maps are typically hosted. Smilirarly, someone who feels overrated (like me when rusty) can host 1v1, and if my assumptions are correct then I go down to where I should be.

Fair enuf, I have been shown the error of my ways