Play all the TMM maps if possible

This topic has been deleted. Only users with topic management privileges can see it.
last edited by
0
E
Edtjuh

I have been playing TMM for quite some time but I feel like I play the same maps over and over again, while never getting MapGens or any of the other maps that are drafted.

How does it get picked and is there a chance to make it select - based on the players - who've played the least games combined on this map, to pick ones that people never play on?

https://forum.faforever.com/topic/3314/matchmaker-pool-posting-all-queues/10 You will get maps only below your rating

12 TMM games, one map gen, only a single repeated map. 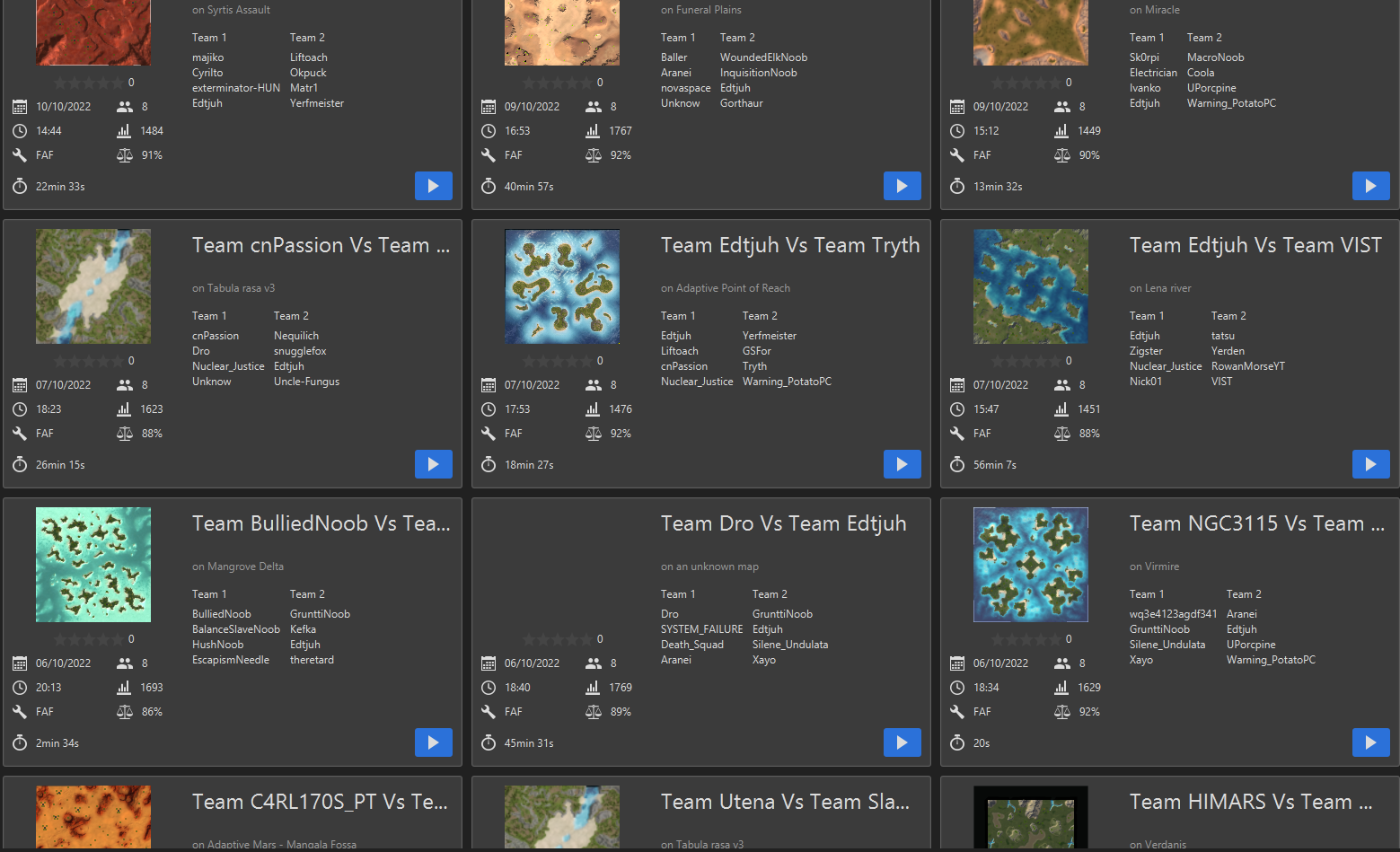 It would be more balanced and fun if the matchmakers chose the least played map by all the players instead of being totally random. I played like 100 ladder games last month and still didn't get all the maps in the pool, but at least the one I didn't get sucked anyway.

@thomashiatt Pretty much what I prefer as well

I agree there needs to be a different way the maps are chosen, if it is a random selection this is probably not the best choice as random can pick the same map three times in a row, however if it just made its way though the map list like thomashiatt said and chose the least played maps out of the two players would be much better.

In the 1v1 pool i have played half a dozen games on point of reach but yet not a single game on regor, twin rivers, azalea or frithen.

Maps are already selected from the least played maps out of every players last 2 games in order to avoid duplicates. In big games like 4v4 though it is usually impossible to satisfy this for all 8 players because there are just too many players so you will end up seeing some duplicates from time to time.

Keep in mind that there are also multiple tier map pools that you unlock as you rank up. If you are frequently playing with people who are in a lower ranked map pool than you, you are going to be limited to the maps in the lower ranked pool.

And since FAF is an open source project, anyone who feels inclined to go read the code for themselves can also do that here: