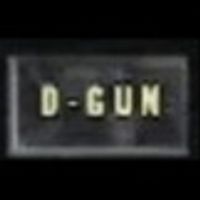 In the original gpgnet there was an option to select maps that you wanted and it would auto pick maps that were wanted by all parties.

I think a more optimal solution would be that you can just rank the maps by preference in a client setting. The engine on launch would compare all the map ranking preferences of the different players and select the most wanted map automatically.

What do people think?

There are about as many <500 rated players as there are 500+ players, so take a guess what kind of maps were in the most common 15 maps. Map preference votes done more recently have also shown that there is really no difference since those days and 5x5s and very simple 10x10 are still the most preferred maps.

What did this lead to? Basically all of top level ladder hating the system and not playing it intentionally and a forum full of complaints.

What was the solution? A ladder rotation made by a trusted member of the community. This failed because it was impossible to please everybody and it became a single point of failure that left pools unchanged until people realized the guy left the community.

Now we're at the point of having a pool that increases in complexity as you increase in rating based on both the trends of map preference as well as maps to induce players to learn as they play that is managed by a team of competent reviewers.

Your idea is similar to the 1st variant of ladder. It also creates a pretty absurd end user experience of having to monthly fill out a preference list for up to 3 different pools and this suffers a horrible scaling problem if more queues ever get implemented.

In short, no, the best idea is still a point based veto system but that still has nobody interested in implementing it so it isn't in the cards anytime soon.

Although with how the tmm pool selection works now, a point based veto system would actually not work properly and so the way pools are chosen would need to be reviewed once again. More of a speed bump than an actual block, though.

That topic which spawns every few months always boils down to this:

A veto-map system would be a cool feature to try, but not enough manpower to implement/maintenance it, while there are much more important things need to be done.

Thanks for your responses and all your awesome work. I'm just coming back to the game this year after not playing since 2009! And it is just sooooo good!

It could be non mandatory and the effect of the preference list could just be a minor weight against the existing algo, like %30 or something. So the user experience would the same for noobs and anyone that is just happy with any map.

I love this idea!