This topic has been deleted. Only users with topic management privileges can see it.
last edited by moses_the_red
0
M
moses_the_red

I like that you conveniently ignore that, as multiple people have stated, you can just make a ranked balance mod for maps that need a different balance than the main balance.

Its a bad suggestion.

The game has always had turtle maps, and they've always been popular. They're oftentimes even in the ranked game pool. Pushing the job of maintaining balance on those maps off of the balance team is a terrible idea.

You can't balance for all maps. If you change something for map X and Y, then map A and B will desire another change, etc. And I don't recall saying they're not part of the game - they are. Just a unique part that you reference to as turtle maps. Why would we balance the entire game taking into account a specific genre of maps? Instead, make a balanced mod for those maps that fixes specific problems, whether that is hives or something else.

I'd also like to argue that isis is significantly less of a turtle map merely due to its size: 10x6 against 20x12 (estimation). Hence early raids are a lot more applicable: a bomber doesn't have to fly for two minutes to reach its target. In Gap raiding of the 8x core mass extractors is effectively impossible if both teams play decent. Therefore it is a lot more turtle-like.

And I'm not saying you made things up and you certainly didn't introduce that concept: I introduced that concept with an extensive post a few weeks back. Not balancing for what can happen in a casual map is quite common in any game. They are all balanced around the competitive section of the game and the casual players just follow along.

You can't balance for all maps.

Map choices certainly changes the game, but its very much still FAF.

A problem on a turtle map is likely to also be a problem in the very late game stages of 1v1 games.

If you stealth nerfed T3 static arty for all factions but one, the first people to notice would be your Gap/Isis players.

If you nerfed the mantis, gap players might never notice... but the ladder crowd would lose their minds.

The notion that they're somehow completely different games is just wrong.

Think of turtle maps as "canaries in the coal mine". If those players spot an imbalance, that imbalance may eventually show itself on ladder. You just have to have games played so evenly that they routinely make it to the extreme late game before you notice.

Will the hives imbalance that the OP is claiming exists appear in ladder 2-5 years from now? Maybe... As players get better and games become more even... maybe exploitation of hives will eventually show itself as a significant balance issue in the ladder scene.

Of course its going to appear on turtle maps first, every game on those maps is focused on the late game.

NOTE: Again I'm not trying to take sides on whether Hives are actually OP, just trying to provide perspective.

Hives are imbal because they are used to spam boys. You justify the increase in infrastructure to spam up RAS SCUs in a singular, defensible location where the hives can either protect thru shield assist, immediately put infinite eco into eco production, or deal with a threat by making a t4 quickly.

Remove SACU garbage and hives are back to their normal stationary use as stationary buildpower that can't help you build up eco since you need to spread out your mass fabs and can't cover them with a singular shield.

And you do get different results based on games you look at. I'd say you could pretty quickly see SMLs are quite OP by looking at turtle games (as this thread is all about it). You would also see that scathis is a garbage T4 by watching dual gap games. In fact, novax would even be considered trash-tier in a dual gap game. These are all not true at all on maps that allow for interaction at all or most phases of the game.

Ultimately balance, or determining if something is OP or UP, should revolve around looking at a game state where you not only had to take into account the opportunity cost of getting to a position but then the utility from using the option.

In dual gap games, this is drastically simplified. You have your eco slot make the first and really final decision "Do I nuke rush or do I eco sim into t3 arty or t4 game ender?" and this is in just about every situation what decides the game assuming enemy air is not extremely competent against your garbage air.

I haven't taken a poll or anything, but I believe the notion that T4 is a bit OP is fairly widespread in the team game community.

And I think an understanding that the scathis was in a terrible place was also well understood in the team game community.

And yet in both instances, I had to come in here and do a lot of arguing before people came around.

If you play games where you're primarily building T3 land and T4 assault experimental game after game after game, you're probably going to be the first people to notice if there's a problem with those specific units because you're constantly exposed to them.

I'm sure they're fantastic on any map they play, but they aren't focused in on that set of units. That's all I'm saying. I'm not proclaiming that I'd kick their ass on gap or anything.

Scathis has been known to be in a bad spot since it was first nerfed in 2016. Fixing it was always on the cards, knowing how to fix it wasn’t. If you reread the scathis thread on old forums, you’d see it’s mostly people discrediting bad fixes rather than acknowledging no fix is needed.

I don’t agree on t4 being OP, really. ML could see a use of a lower turn rate on laser maybe, only real thing I’d adjust. Problem seems to center around ML being able to vet quicker due to cheaper cost, just need to slightly nerf it in some way to account for that.

I do not think Hives are strong enough to require the other factions to get engineering stations. Nor do I think the existence of Hives justify rebalancing Experimentals. Additionally, different maps encourage different game styles, but it is still FAF. I agree that different communities who have different game styles are going to notice different things, but don't disparage other subsections of the FAF community.

Hives are strong in super late game where BP concentration and pathfinding is more important then BP efficiency. In every other situation other forms of BP are more efficient and therefore with good BP scaling better.

I'd say Tagada's comment accurately sums up all that needs to be said in this thread.

This is the patch that is in question:

Its not just the Monkeylord that's OP. The GC, Chicken and Fatboy are also all too damn capable relative to T3 units.

As I posted in another thread, as you read through that section remember that those nerfs are not additive, they're multiplicative. Its not a 17% nerf to those units, its a 33% to 50% nerf to each of those units.

Nah don't touch vet values. The game has too many exceptions to general rules as it is. Would be better off adjusting the physical unit.

Ah yes i remember that nice patch. The patch after which everybody was complaining how t4's became useless because of the buildtime nerf

Patch also nerfed almost every experimental in the game but that's okay dude, I know you'll contort it to suit your righteous crusade, i'm sure we can revert this patch and go back to the glory days of loyalist/harbinger rushing literally every game very soon. 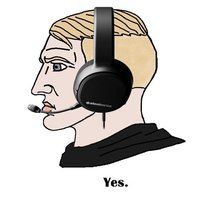 Pay attention to the wording.

"Nerfs to the combat effectiveness of Assault Experimentals".

Their build times were nerfed, doesn't affect their combat effectiveness. Just affects how quickly they can be turned out.

@biass
Pay attention to the wording.

that's okay dude, I know you'll contort it to suit your righteous crusade,

Ok well since this topic has been hijacked several times over, i'll reguide the focus back onto the fact that while ecoing, losing some build efficiency using hives vs engineers is not a big trade off if your completed goal adds more income to your rates. So when you look at the possible curves players can pull off ecoing, Cybran is simply out of balance as they will never lose that race. Add any overflow or throw style play (which happens often when players intentionally lose their front position and fall back). No engineer clumping, and to the range of hives, once 4-8 t3 fabs can be completed, the hives can then just sit on a quantum gateway and keep their production value in use. Not to mention as stec did in the example, your eco is so popping at that point that you can just quickly build more hives in new positions to eco more. I just can't imagine doing that as a seraphrim player under any conditions with the 33% Build buff gone.

As for all this map fluff rubbish i have to listen to on any post, dual gap is a popular map, it is ranked, it follows the no-allshare meta that seems to be more popular in tournaments (somehow that still hasn't been standardized). If every map wasn't a canis clone, then there wouldn't be such a call for conformity. Look at the maps i've designed and uploaded for smaller or different versions of the role-based style. Lets start getting more play on maps that are like our favorites, but are not our favorites just for academic sake.

And again back to possible solutions:

Add a spool up time for the hives.

Remove the 2nd upgrade for hives.