This topic has been deleted. Only users with topic management privileges can see it.
last edited by
0
H
Hendrik_SpecialF

The cloud file provider is not running.

When does that happen?
Can you reproduce it all the time?

on the flip there are 2 assumptions:

(it would also not be superfluous to know if it was the first launch of the game, or if it happened with a game that had already been set up and passed some matches;
additionally, of course, it would be nice to disable the antivirus program if one is installed on your PC)

@magge it happens each time i try this,

@fractal 1 never even tried music mods, 2 i did so.

btw what is Unhandled exception:

The cloud file provider is not running.

So no-one knows a quick fix ?

I allready tried a new profile,
move the supcom + supcom FA files to a different disc and after this i re-installled FAF, 2x on different locations.
It does run within the steam program.
I gave faforever program rights
I dont know if i need to re-port forward more than the usual 6112 and the other port needed to run flawless vs the disconnect problems.
I had the settings for the sound configuration softened from 32Bit>192khz to the 16Bit>44.1khz

So again, it does run within steam, how could FAF make such problems.

happens each time i try this,

Try what? When you start the FAF client or start a supreme commander game via FAF or when you watch a replay or when you play a game, and it pops up randomly?

During the loading the "ice adapter" or whatever it is named, screen hangs,

<screen is black and shows the "adapter" icon at the taskbar, after the icon disappears the screen is black and this stays for over minutes, I got a i3-12700 with 32gb ddr5 +Samsung 980 PRO 250 GB PCIe 4.0 M.2 , and it used to launch without problems in seconds>

Then I can only alt+ tab, and then I have 2 do this a second time (alt+tab) to return to windows and then I can select the window to return to, having no choice then first x out the screen that I screenshot above.

And yes, its from / via the FAF app, latest downloaded Version, 2 days ago.

IF I launch via steam, the game works, even the match making online works.

So what could be the problem that FAF makes launching crash.

If I search up "The cloud file provider is not running." then google just spits out some OneDrive related stuff. I have never seen that message related to FAF. 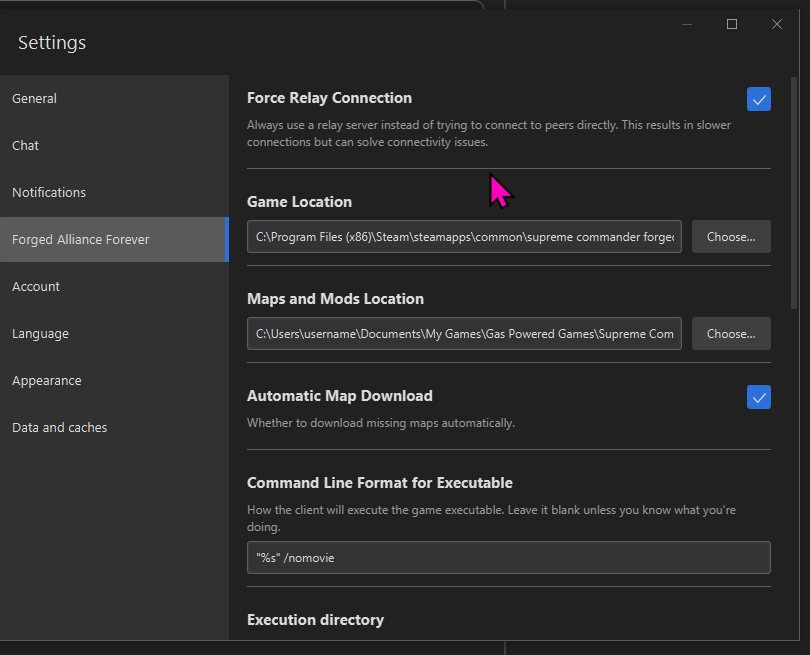 O yea thanks I forgot the one drive was all full frozen due 2 this.

Cleared some files made some space, everything starting without problems. Thanks for the tip.