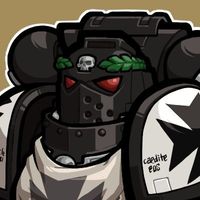 850 ain't that much, it's basically the same as t1 bomber when you factor in the costs.

Jester also kills shit way faster than bomber ever will unless you are capable of babysitting it all the time.

My biggest gripe with it is how sluggish it moves. The speed is fine, but it changes direction slower than a t2 gunship. I made a proposal a while back to increase its acceleration for better micro since, you know, its supposed to be small and nimble.

Will look into that