Welcome back to season 5? of biass map threads.
I had to remake my list from scratch so I had some fun with it.

As always, please drop any feedback or ideas, bugs etc in this thread.

I uploaded Aalhaven along with posting this thread. It's a map I had been chipping away at for a decent amount of time.

The terrain is a little more "simple" and lacking detail. This means there shouldn't really be any strange issues with the ramps.

Let me know here, and not in aeolus or anywhere else if you still manage to find a problem.

Can you make your full map list horizonal, but maybe two or three rows to accomodate for the space? It is really annoying to read sideways

Stunning work on textures, coloring and decals on Aalhave, biass! Wow. Can you post close ups of the other maps as well?

you can still view the old thread that has all the images for past maps here: https://forums.faforever.com/viewtopic.php?f=53&t=18520

I really like the rocky patch thing you do (rocktexture on flat ground with rock and edge normals on top). I will need to copy that if I get around to mapping again at some point : D

Wow, these are beautiful! I have wanted to make some maps for awhile (and am in on the mapgen github) and i'm jealous of these! Simply amazing!

The Crucible is at version 4.

I've had a lump on the back of my neck.
While it didn't seem very serious, it was possible that the balance forums finally gave me cancer, so i've been taking it easy for a bit.

Realm, another legacy map from a million years ago, is at version 2.

Realm is one of my first maps back when I thought 1500 decals was a lot, and lacks many textures or nuance. I don't have any plans to update it further, but you'll definetly have a better time when it gets put into a TMM pool.

As for what I am working on, the following screenshot is a WIP map with no textures:

Long time veterans will recognize this as Total Annihilation's "Gods of War" map. Except it's 10km.
It features all of those fancy new lightmap templates and other extra stuff you might have seen in newer maps from Jip or Svenni.
The underwater terrain is also made with the same methods, but the above ground terrain is hand made. It's all completely traversible, so don't fret.

This map is not the best example of shadow casting or ambient occulsion, and I'm no pro like Jip or Svenni, but I think it looks quite nice.

Dont expect this to come out for a little bit, I have to manually colour balance a full set of custom textures to suit the lighting setup, and then decal the entire thing, etc.

After that I have some plans to make both:

I have spent the past 3 days grinding out the Gods of War map so it can be used on the SCTA stream over this weekend. I won't be there - because ill be out drinking as part of belated birthday celebration, but even if you're not so interested in asymmetric maps I implore you to take a small peek because it looks good and I tried hard.

Here are the ingame pictures: 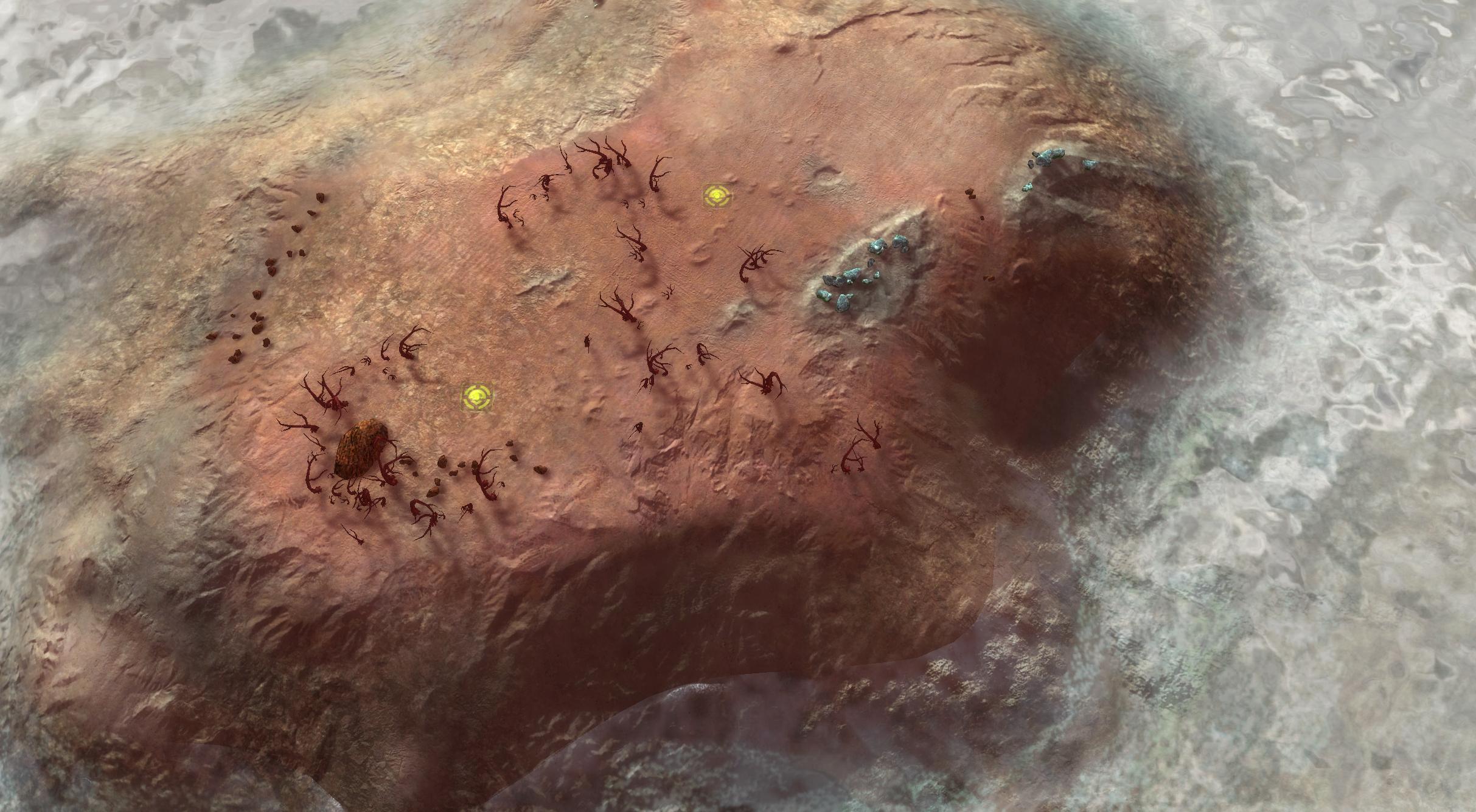 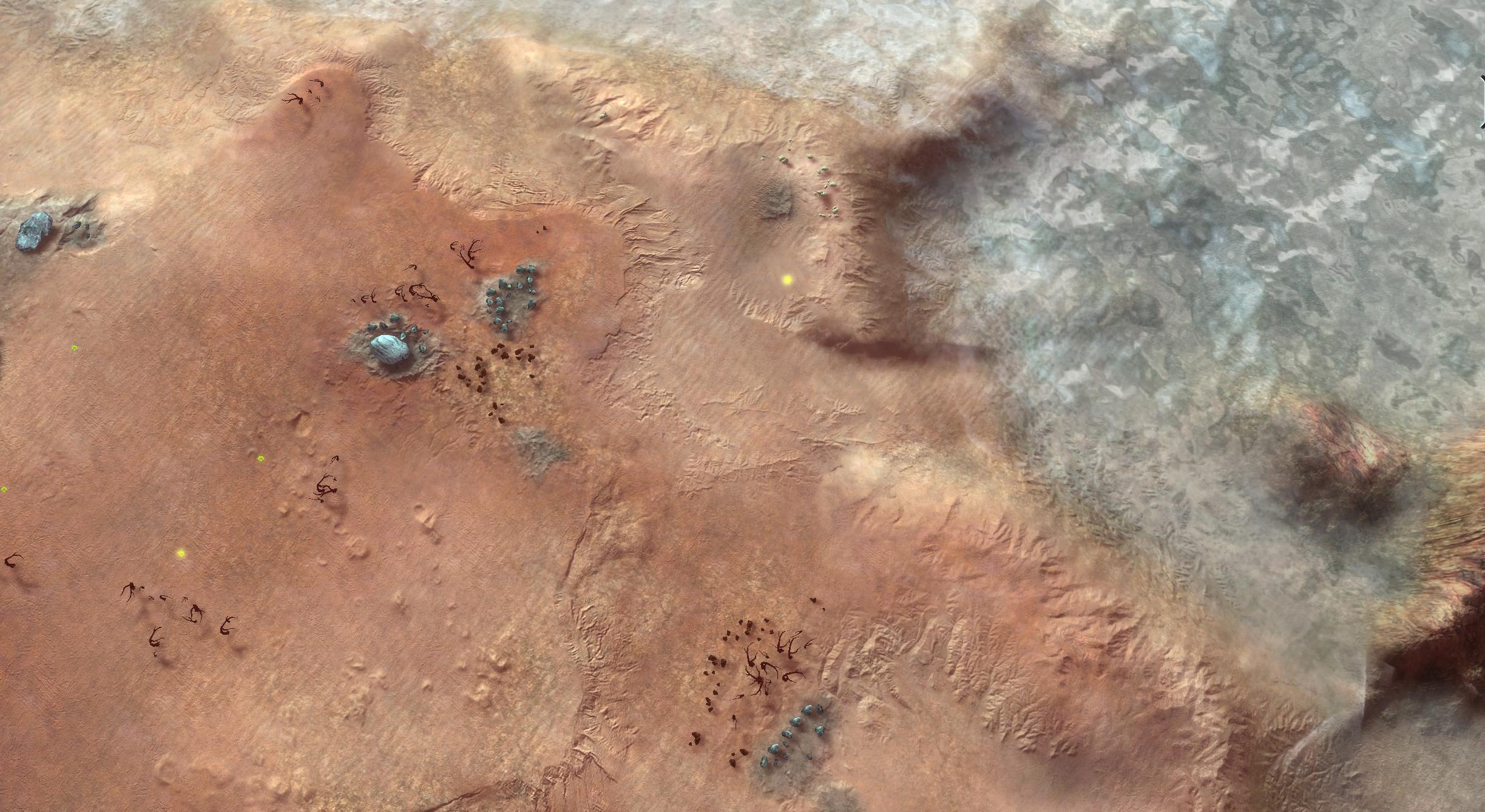 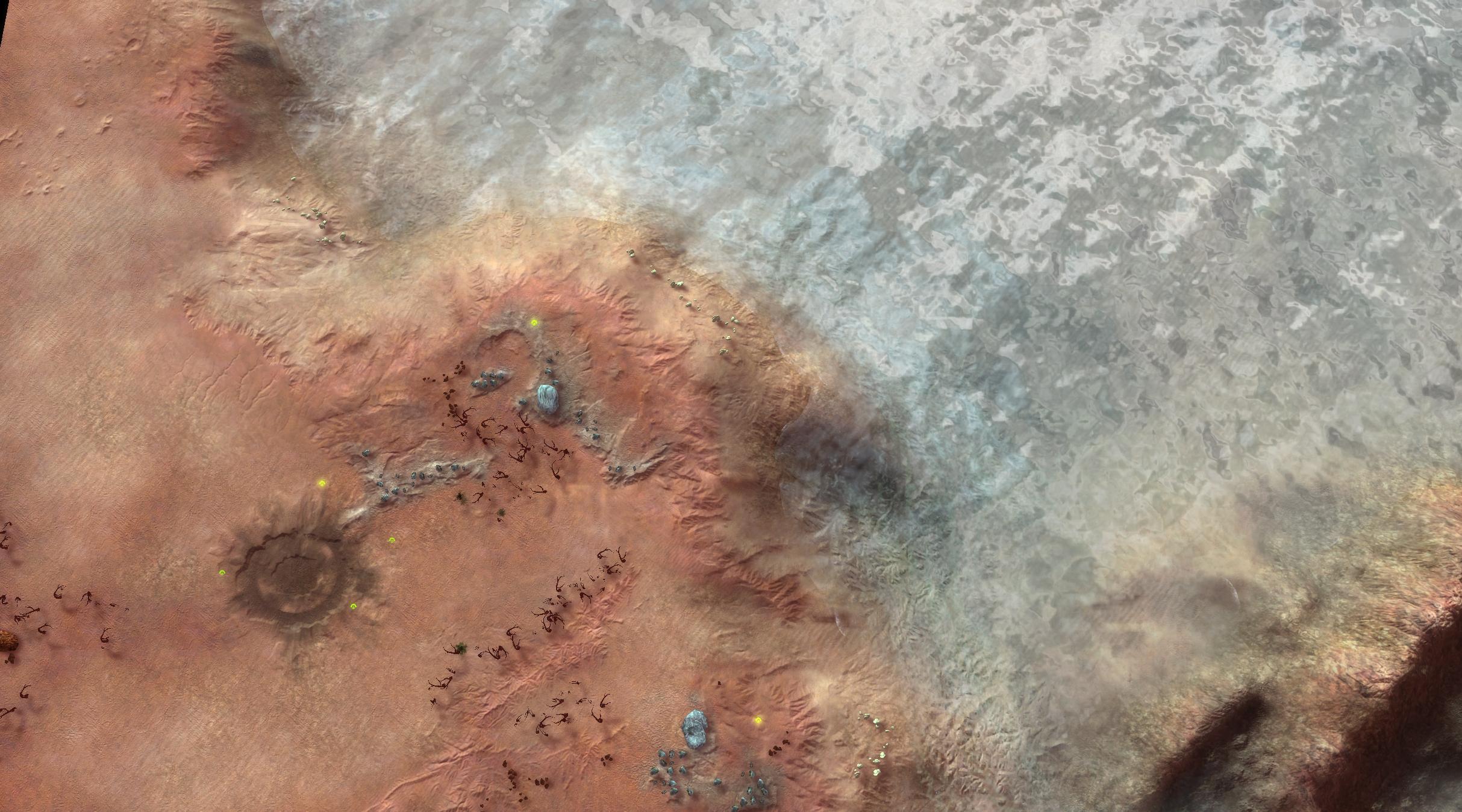 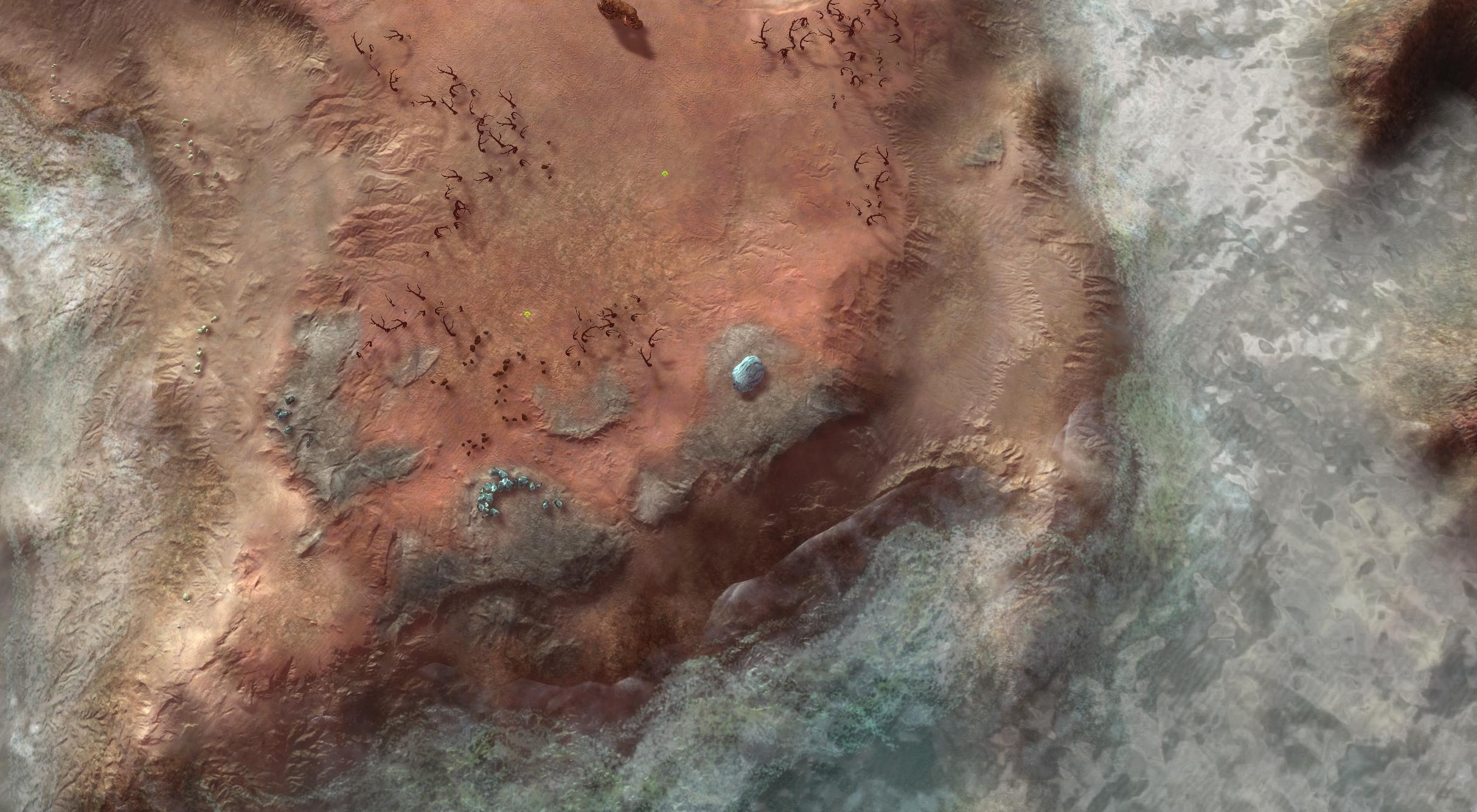 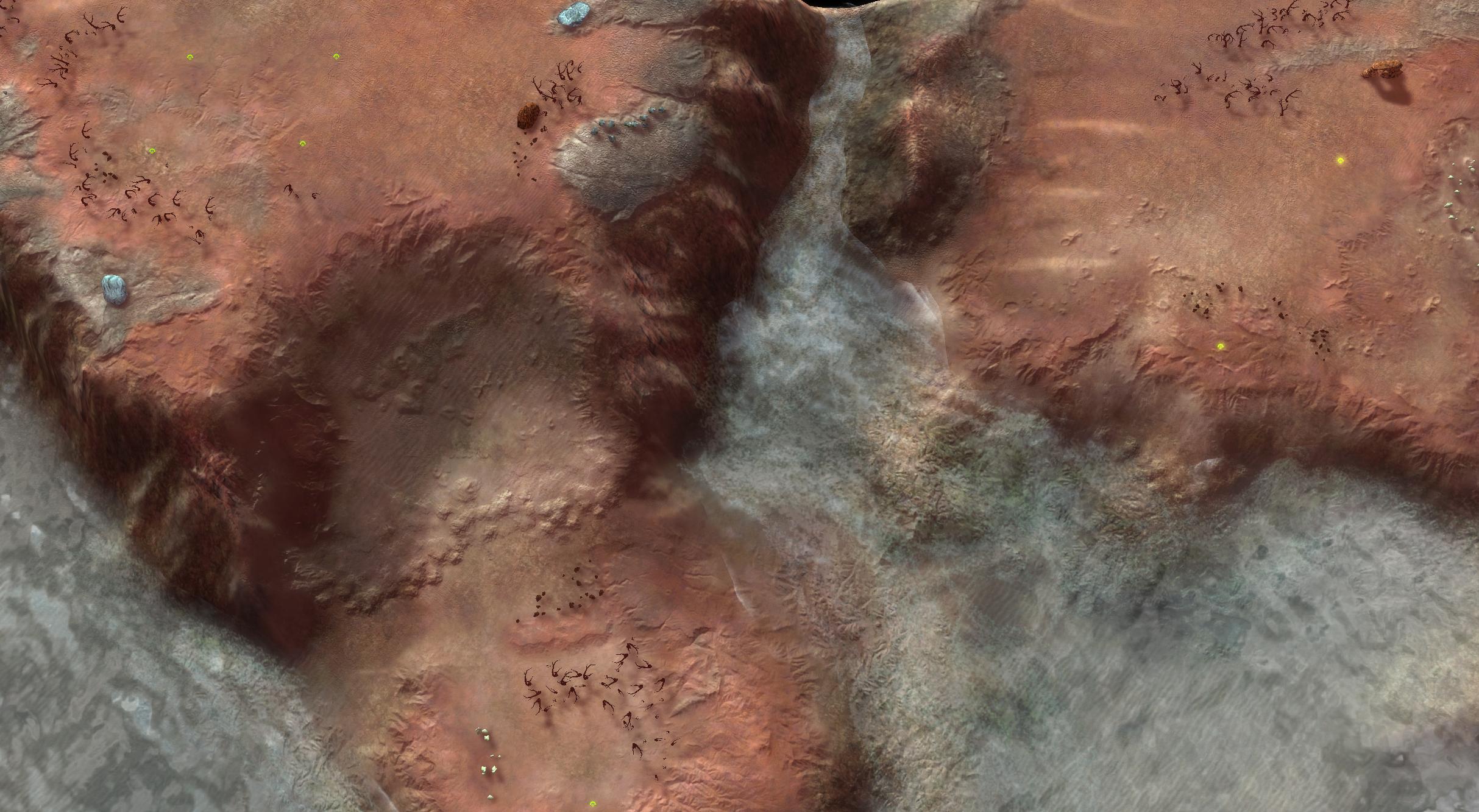 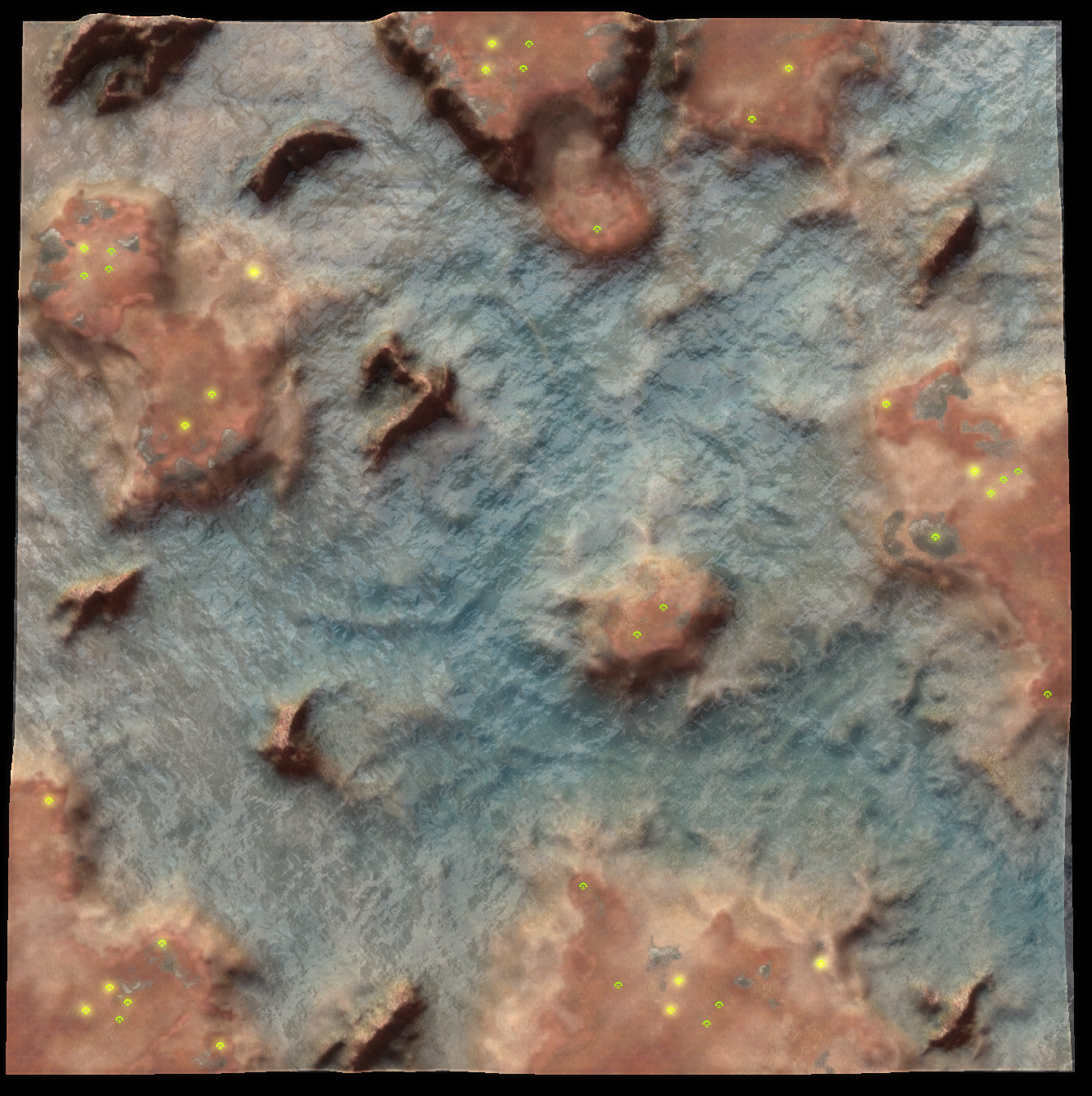 It's on the vault now. All the islands are roughly balanced to be the same amount of mass reclaim.
Thanks to jip and svenni for those world machine templates.
Thanks to Axle(?) for the original 5km port that I used as a reference.
All custom textures are modified FA assets graded by yours truly.

These look absolutely superb, I hope you're very proud of them