This topic has been deleted. Only users with topic management privileges can see it.
last edited by
1
D
Deli

excuse me i should be captain

@deli
Hi Deli,
To be a captain... you have to sign up with another player as a 2 person team.

Players that sign up as Doubles and
are the higher rated player of the 2 person team is considered the captain.

The 12 teams will draft "pick" :
from the Singles pool to make up their 3rd team member.

12 single players will be drafted to play on the 12 Teams.
Lowest rated team drafting first.
Then the next 11 teams will make a draft pick,
up sequentially to the highest rated team with the last draft pick.

But, remember...
YOU can always join with a friend at any time,
and then be a captain of one of the 12 teams,

You can also ask any of the other singles in the draft pool now, to join you.
The players in the single's pool are "free agents" and can join with
anyone, at any time, if they so choose, or
they can remain in the singles pool and wait for the draft.

Remember........
Registration is fluid until the last day of registration on Sept 11th.

As the Singles registration draft pool fills up...
Singles may recruit each other and make up 2 person teams, Or
remain as singles until registration ends on 9/11,
to be drafted on to the already registered 2 player teams starting on 9/12.

Draft starts from the 12th seeded team, and
proceeds on upward to 1st seeded team.

Players who register as a team, may also submit a "team name" to
be used in the FAF Live casts, and in
the FAF Forged Alliance Forever YouTube channel video upload thumbnails here:
https://www.youtube.com/c/ForgedAllianceForever/playlists?view=50&shelf_id=5

In that case - Rowey and I join up as a team, instead of individuals!

@jip
Sure thing>
You are now signed as doubles.
Team name = Average joes

@i_forgorthescene
I think because it's still early, and
people want to make sure they have the weekend clear, and
are probably still finding friends to sign up with.

EVERYONE who wants to play.... should sign up as
there is very good chance you will be picked to play on one of the 12 teams.

Sign up now with a friend or as a single
Registration open until Sept 11th. 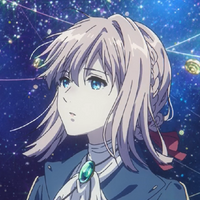 Any chance to fit me in?
MyWifi_Sucks
I'm bouncing around +-1800 and my ladder is all the way in the cesspool

@mywifi_sucks
Thanks for inquiring......
I just checked your current ratings and your
global rating and your 4v4 are too high.

I hope you Register for the upcoming Open RCVI in Feb.

You can count me in. Username on FAF: TheDuelist

All 3 Swarm AI maps are now released:
Starting with Adaptive Tournament Decision as Map #1 of Tourny for the 3rd time running, (perhaps RCVI too?)
RCIII was AI-Uveso, RCIV was RNGAI, and this year SwarmTerrorAI shines in Tourny Opener.
Choice of 5 spawn sites to set up on.
.
First Uveso AI is on:
Map #10 = Adaptive Regor Highlands.
Uveso AI was originally scheduled to play this map in RCIV, but was swapped out last minute.
Now is its' chance to show why it was first choice originally.
.
First DilliDalli AI is on:
Map #13 = Plateau of Arracis.
DilliDalli and RNG were paired together in the RCIV and did well together.
This year DilliDalli will try it alone!
.

and our
First RNGAI map is on:
Map #16 = Adaptive Strongwyn
This map played well with Uveso in RCIV and was a fun map,
now RNG will get a shot at map this time.
.

Everyone who wants to try your strategy vs the other team and
the Best AI - FAF has to offer =
Sign up below.

Sign up with a friend or as a single. 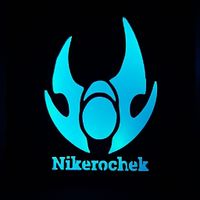 If any one has a favorite map listed
in the AI Dev RCV Tourny forum thread here:
https://forum.faforever.com/topic/1862/rcv-masters-of-ai-tournament-dev/2.
Post it below or in the AI Dev thread,
and I will try to incorporate it into the tourny.
or,
if anyone knows of any problems with any of the maps,
I would also appreciate a heads up, to notify map maker or switch map.
Thanks.
.
Sign up now to play some fun 3 way maps vs a teams of 3 and
some of the best AI on FAF Sup Com thrown into each map as a common enemy.

Come out on top and become the AI-Masters champions!