This topic has been deleted. Only users with topic management privileges can see it.
last edited by svenni_badbwoi
2

Props
The 180° rotation of the props results in an decrease of mass and energy.

Wreckage
The shipwrecks were removed like in White Fire v4 and the T3 naval factory wrecks have been placed symmetrical.

Issue 26a
The FAF version ensures symmetrical marker (top based rework). Every resource & spawn marker had to be moved to the corresponding 180 ° position (gray circle). 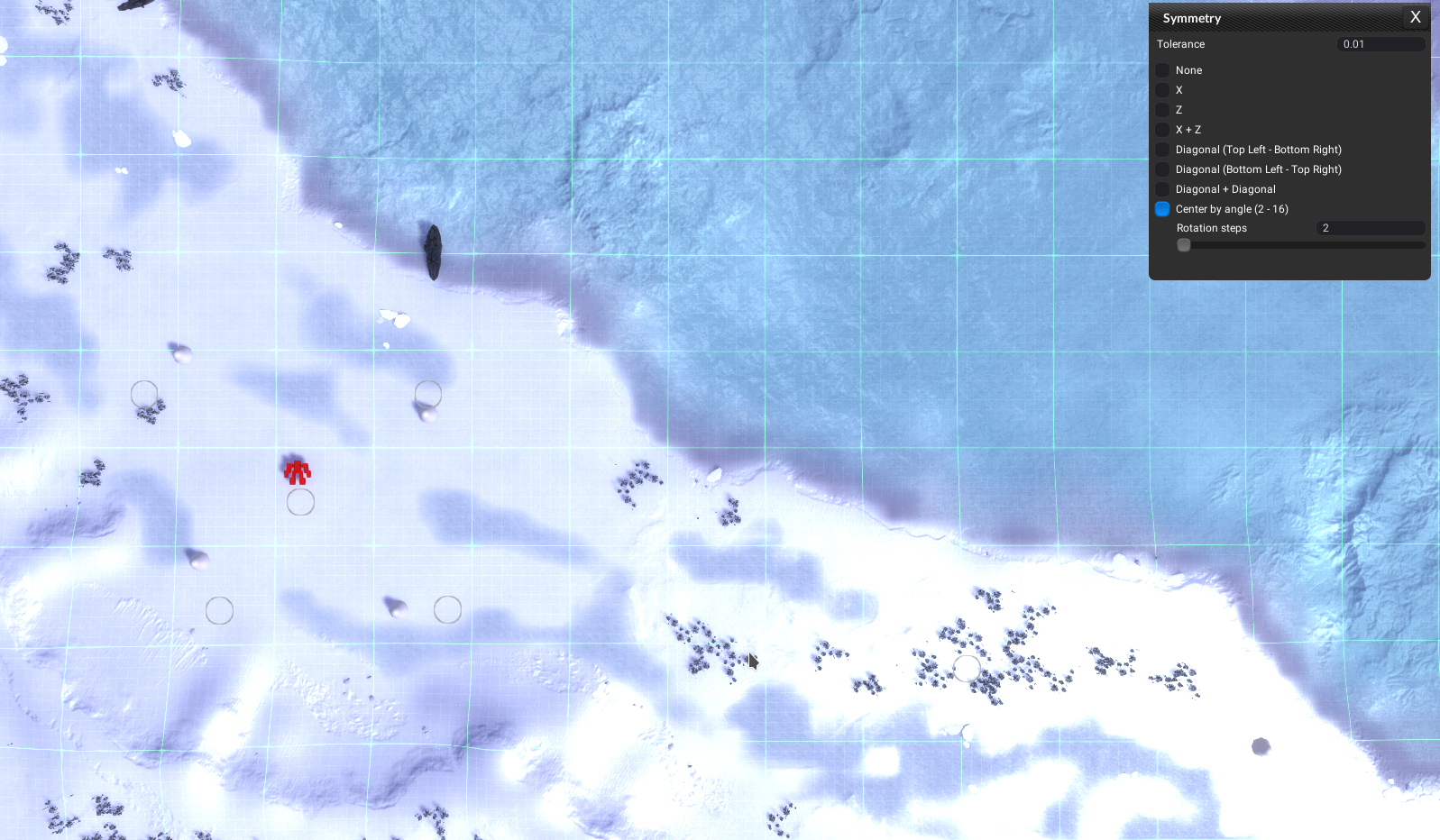 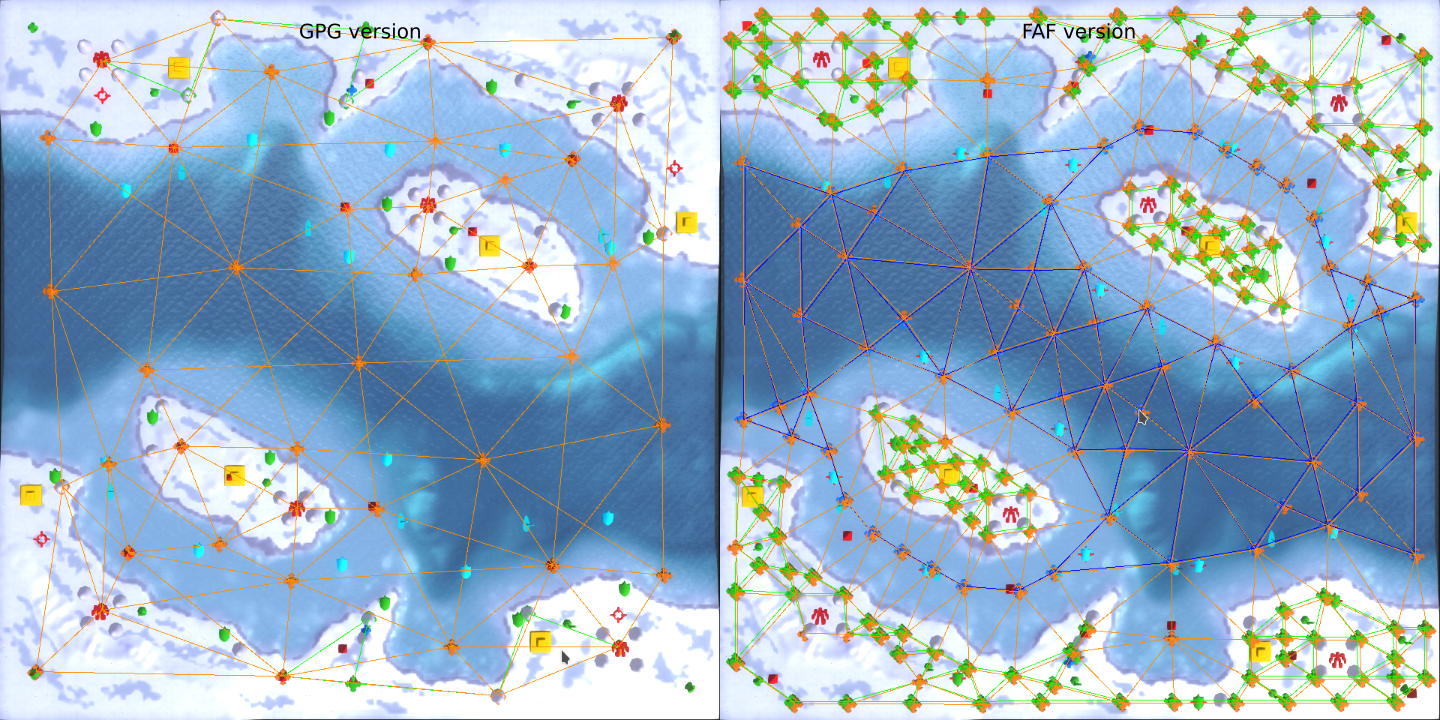 Note
The GPG version (SCMP_033) and White Fire v4 have different lighting. The values of the GPG version were used for the FAF version.

Amazing how much time was spent on this! Love it!
How did you analyze this differences? All manual or any tooling for the grid?

@Brutus5000 Until now I did everything manual. The prop stats can be checked via FAF Editor. 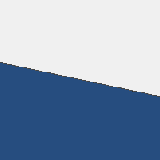 Issue 13 & 13a
FAF version ensures symmetrical heightmap, textures/strata, decals, marker and props (180° rotation based on 78° angle of original content). Every resource & spawn marker had to be moved to the corresponding 180 ° position. 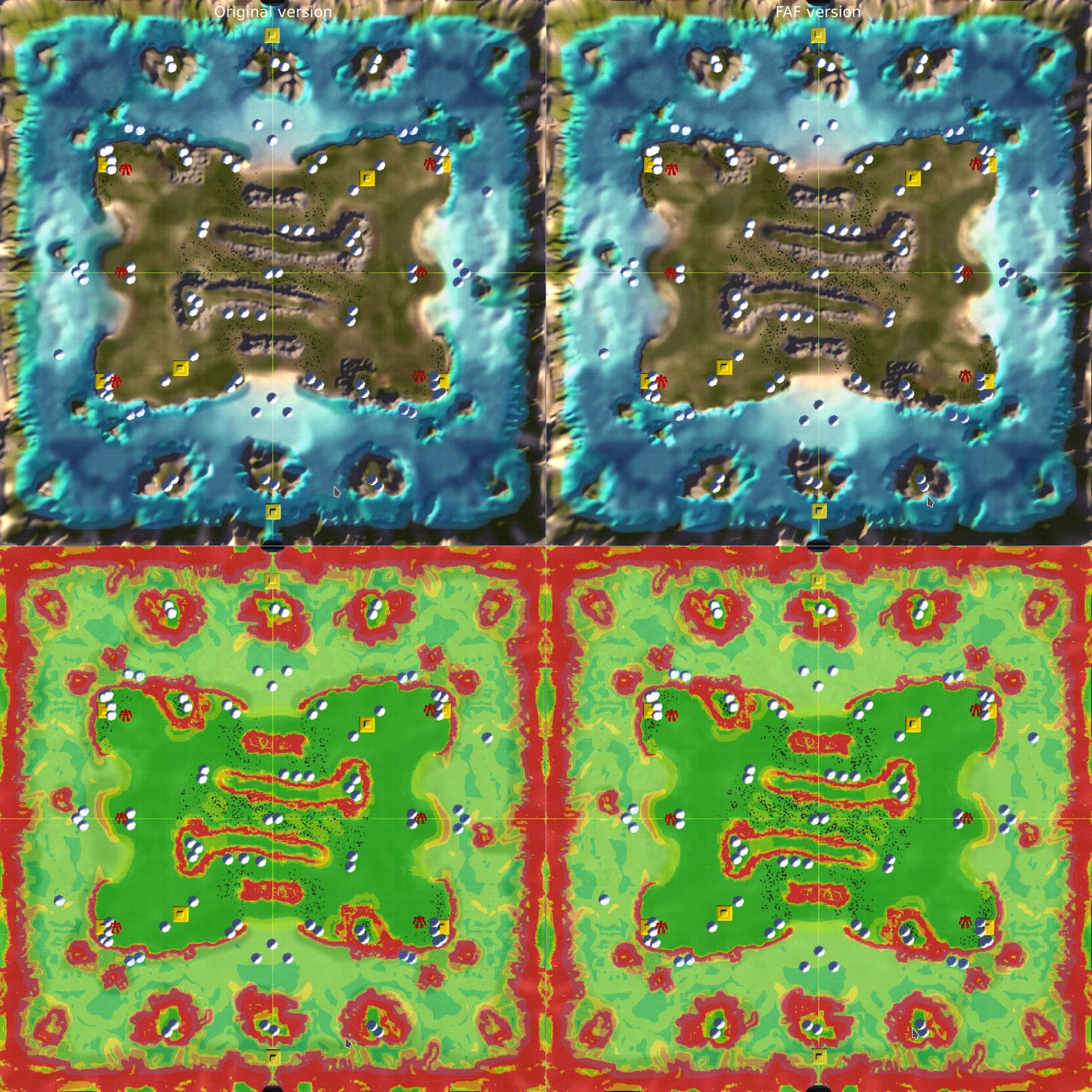 Textures/Strata
The unsightly mountain and grass textures in the water have been extensively revised. 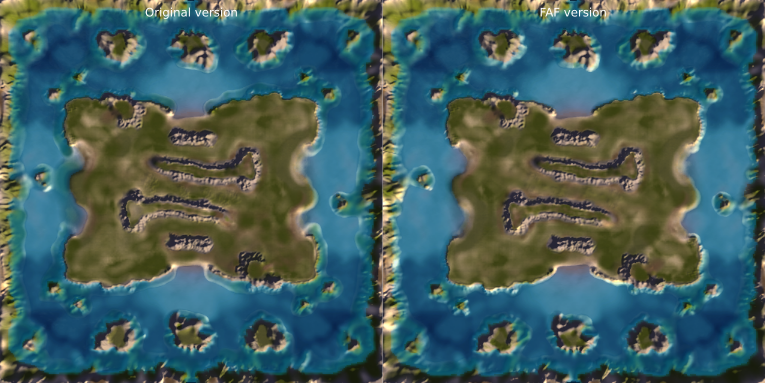 Props
FAF version ensures symmetrical props (180° rotation based on 78° angle of original content). The 180° rotation of the props results in a slight increase of mass and energy. 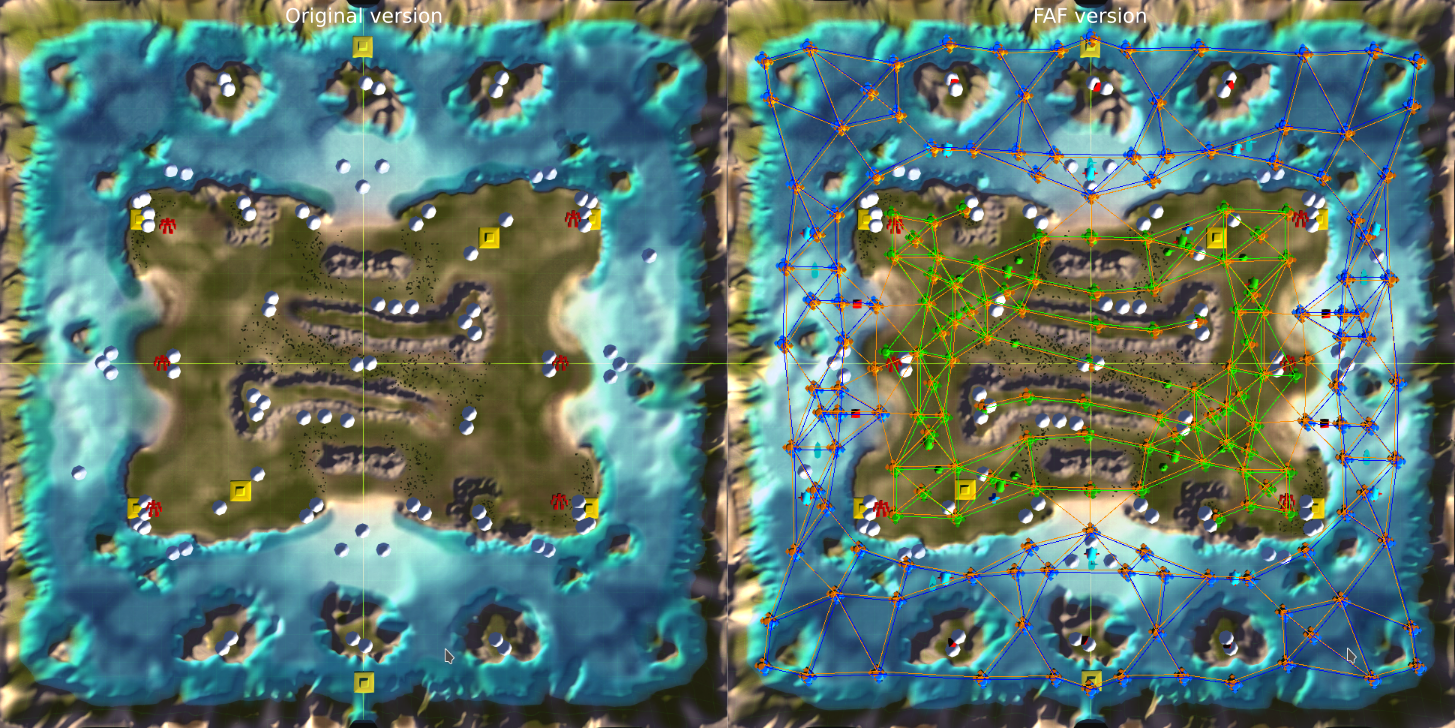 Issue 13c
Due to the different heightmap depending slope calculation for structure placement the hydro on the bottom-left could not be build in v0001. The hydro at bottom-left and top-right (+ mass marker around it) have been move 3 in game units to the map center, to ensure that all hydros can be build. The same issue leads to factorys that cannot be build on the left side, if 1-2 in game units are used. See here for more information.

Setons Clutch - FAF version.v0003 is in the vault. After further coordination, a 115 ° angle was chosen for the rework. The first FAF version was bottom based.

Thanks to @Sheikah and his MapTransformer, the rework was easier than ever.

I just uploaded tag_craftious_maximus_-_faf_version.v0003 to the vault to bypass this problem:

@Tagada told me that one hydro cant be build on tag_craftious_maximus_-_faf_version.v0001

Because of the way the slope gets calculated the hydros/structures behave differently on the left and right side of the map. The same issue occurs with factories, if the marker are moved step by step to the map center.

Issue 38a
FAF version ensures symmetrical marker (except middle island), no rush radius and props. Top based 180° rotation based on top half of original content. 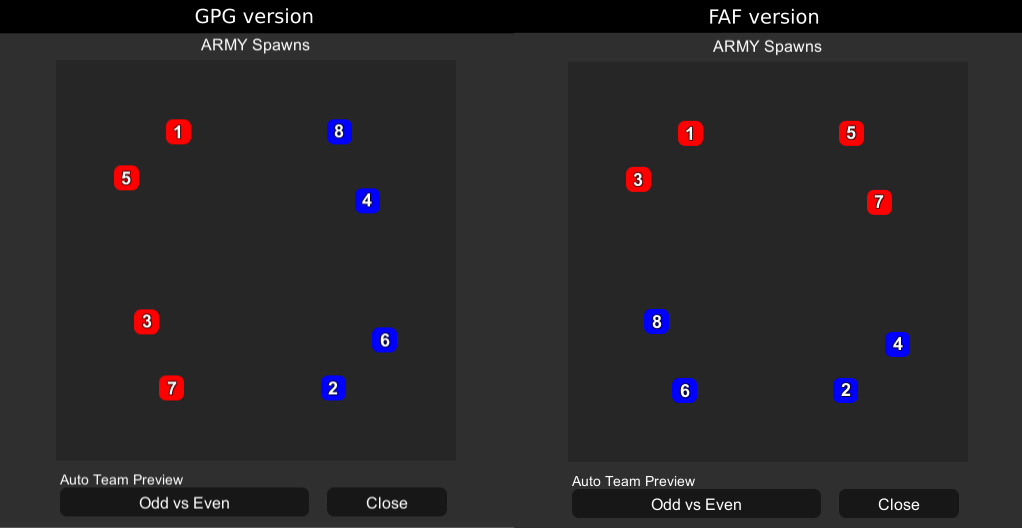 Props
The 180° rotation of the props does not change the mass and energy values. 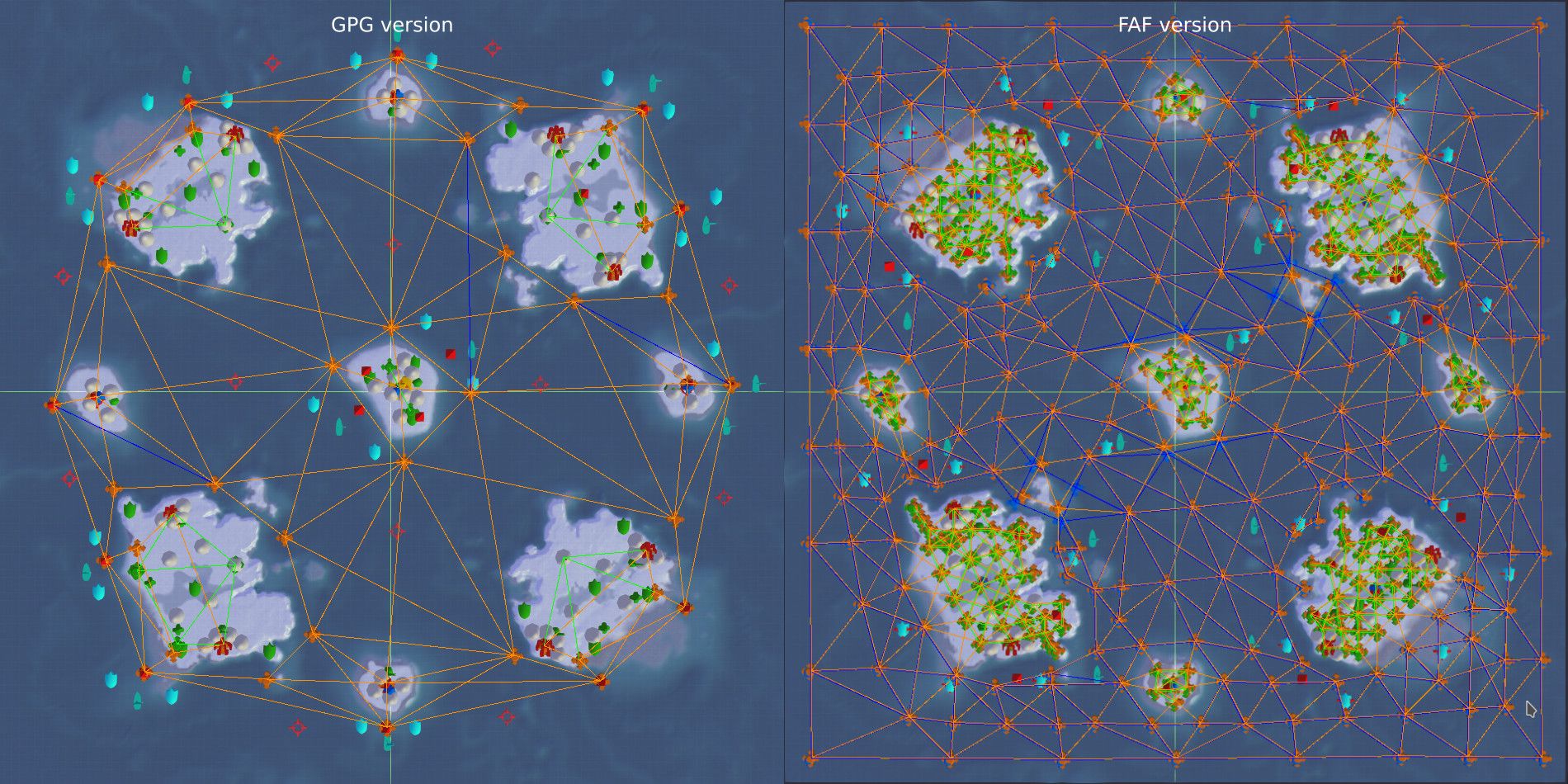 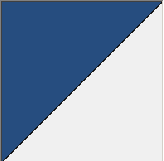 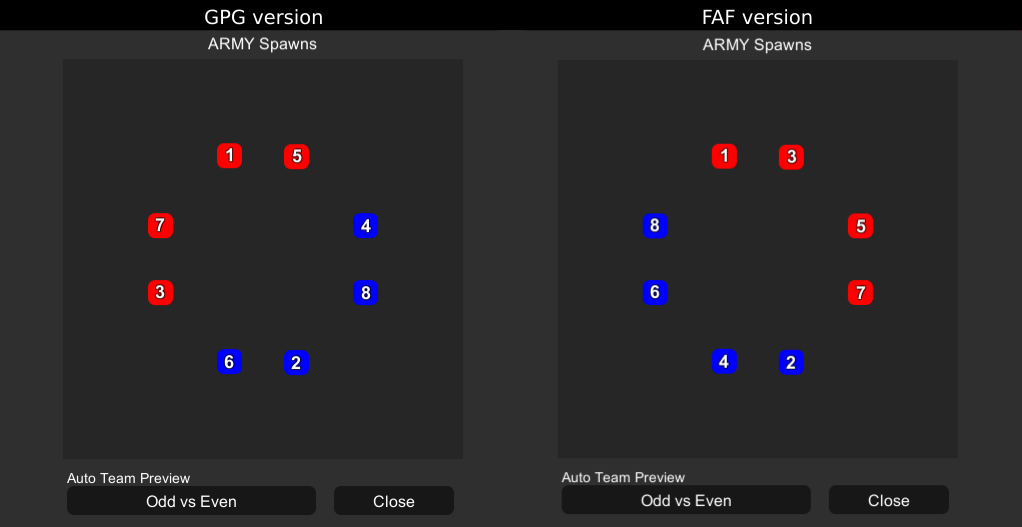 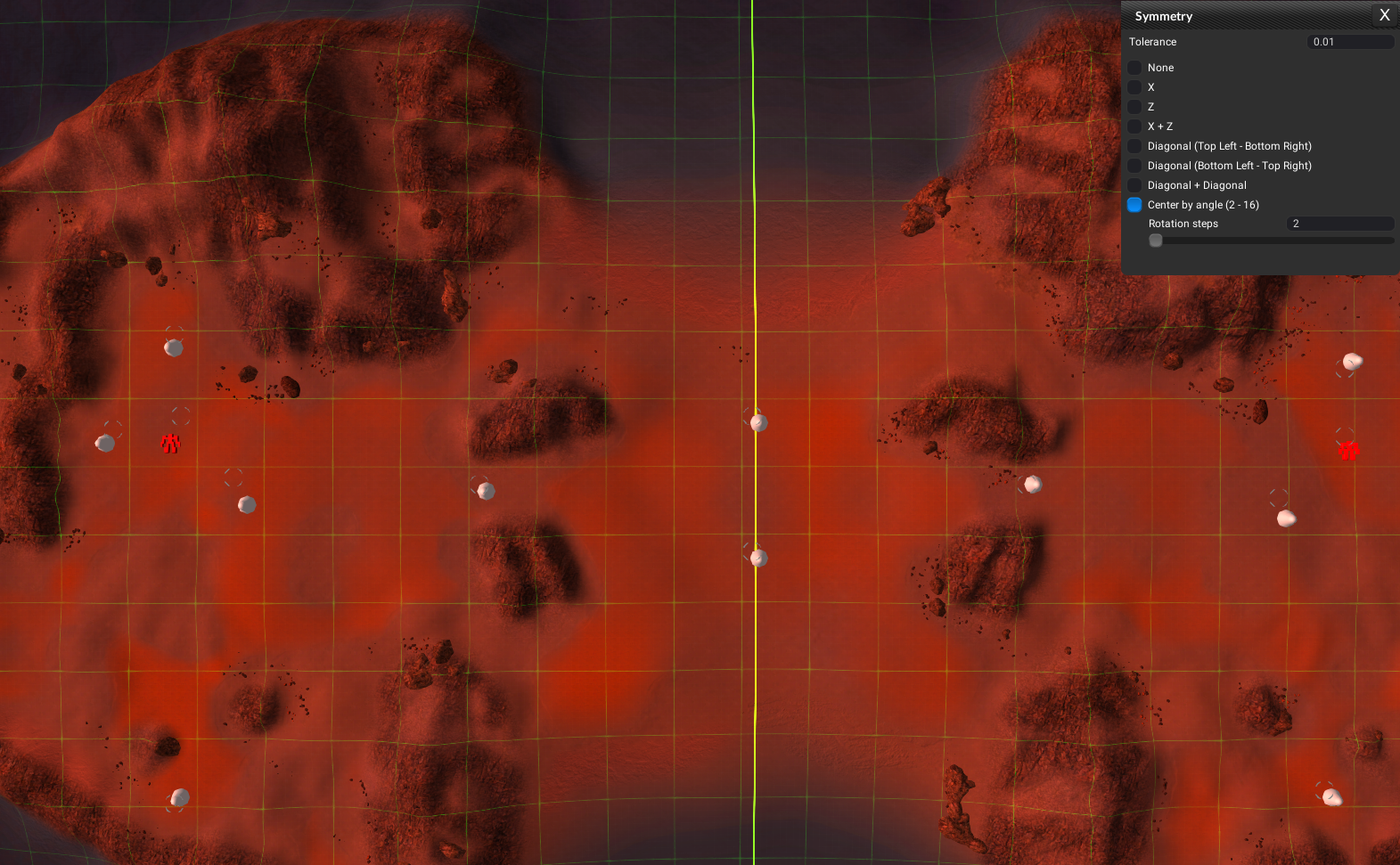 Props
FAF version ensures symmetrical props (180° rotation based on bottom-right of original content). The 180° rotation of the props results in a slight increase of mass and energy. 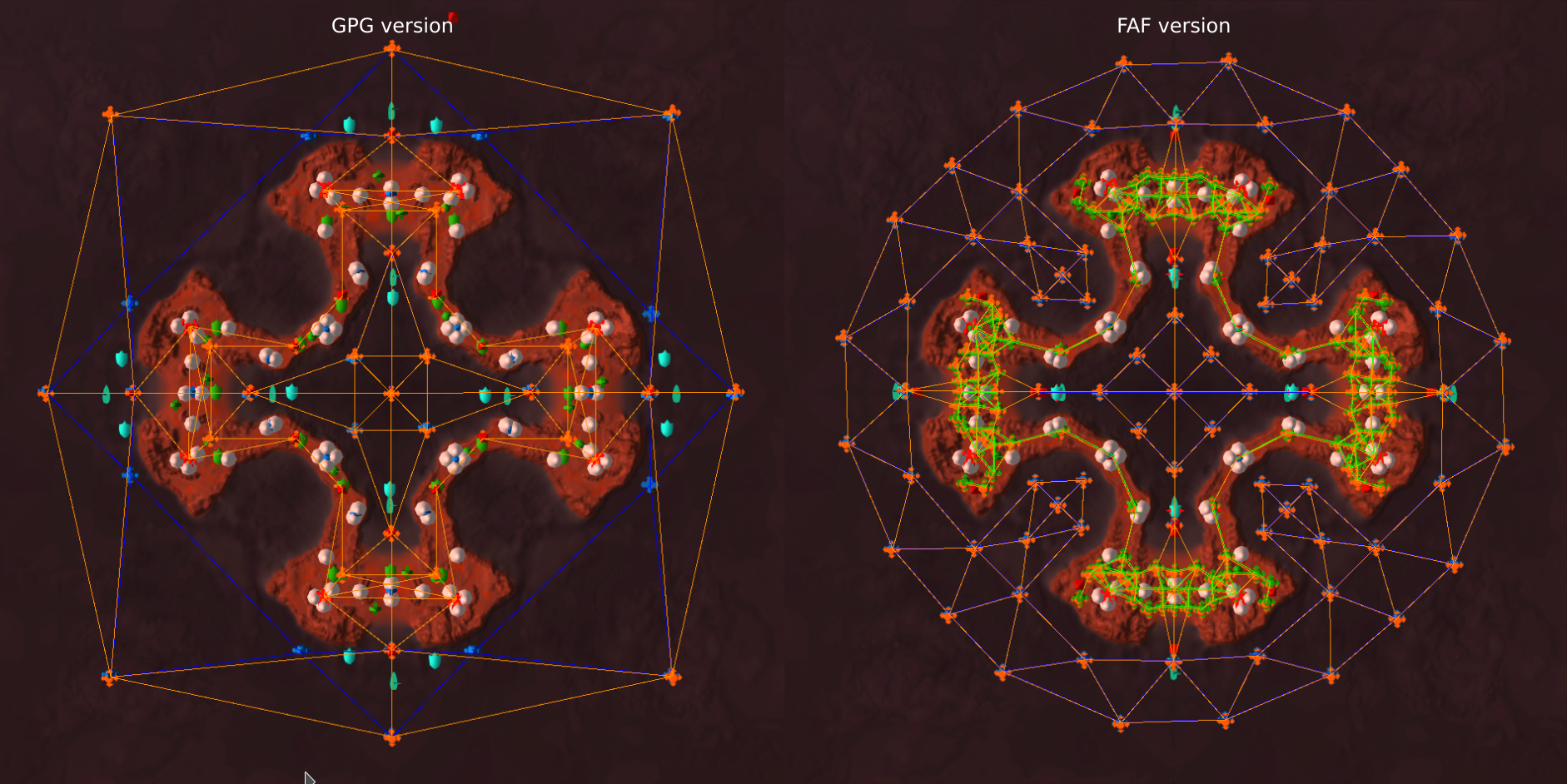