This topic has been deleted. Only users with topic management privileges can see it.
last edited by KaletheQuick
4 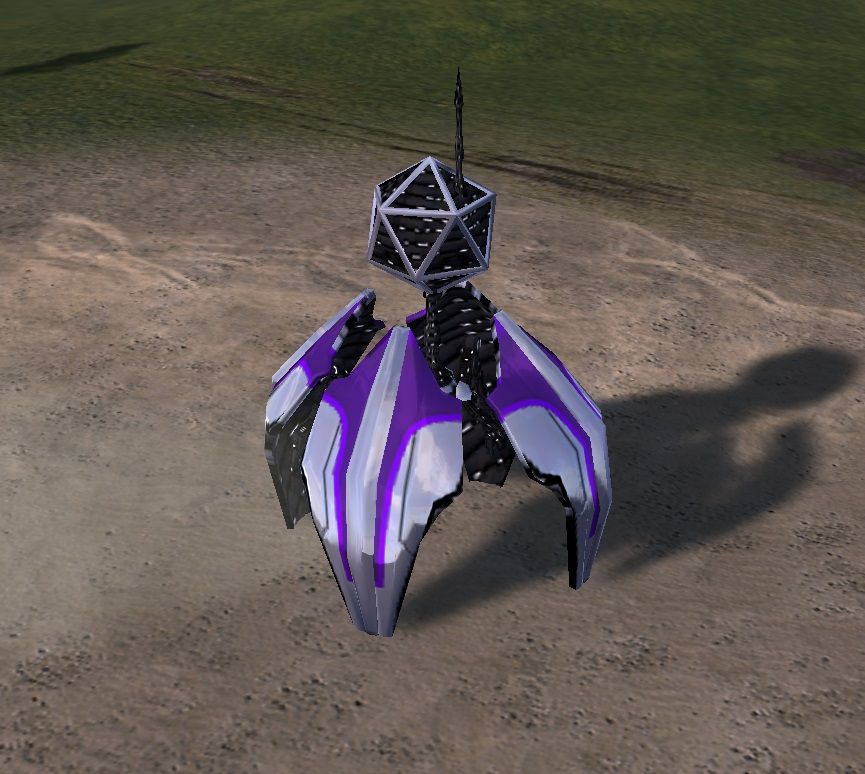 The shaman is a bot that amplifies the power of shields in it's radius. Utilizing mass vapor recombination, regeneration of shields in proximity is increased 1.5x, and advanced pulse ignition removes the delay in regeneration. Though they are expensive, they are a true force multiplier. 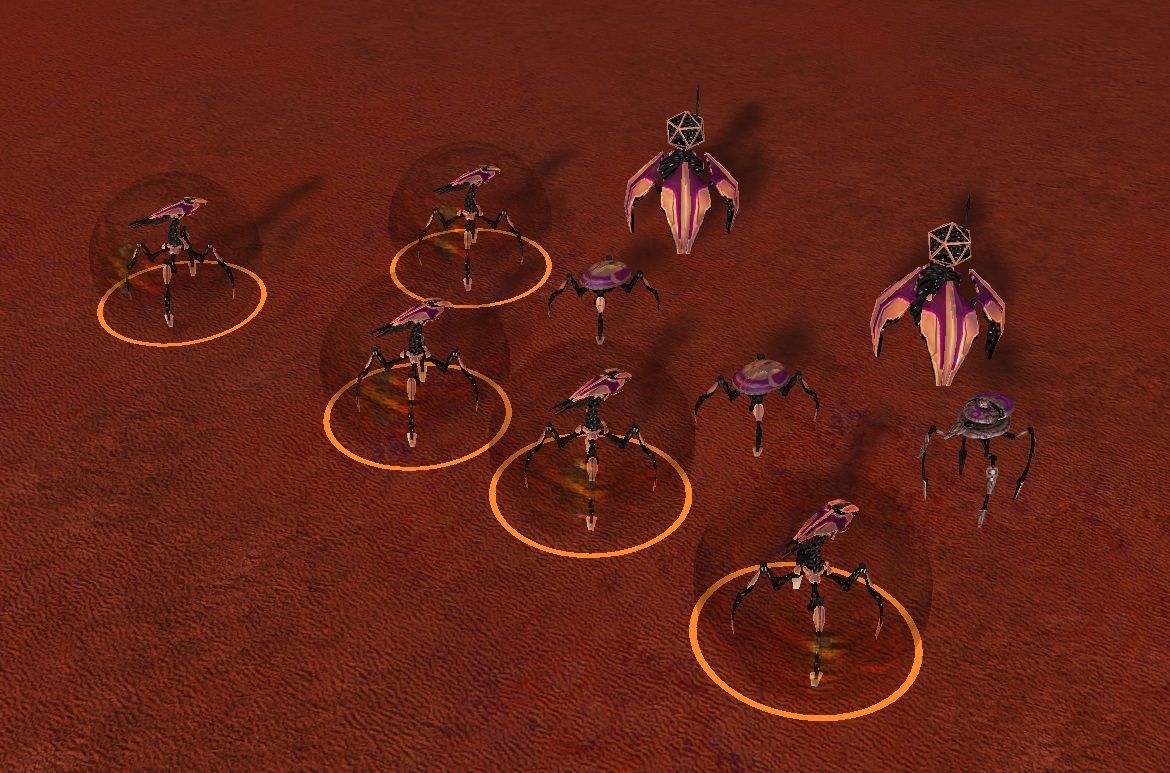 Shaman are right at home in any advanced unit composition, enhancing sortie durability. 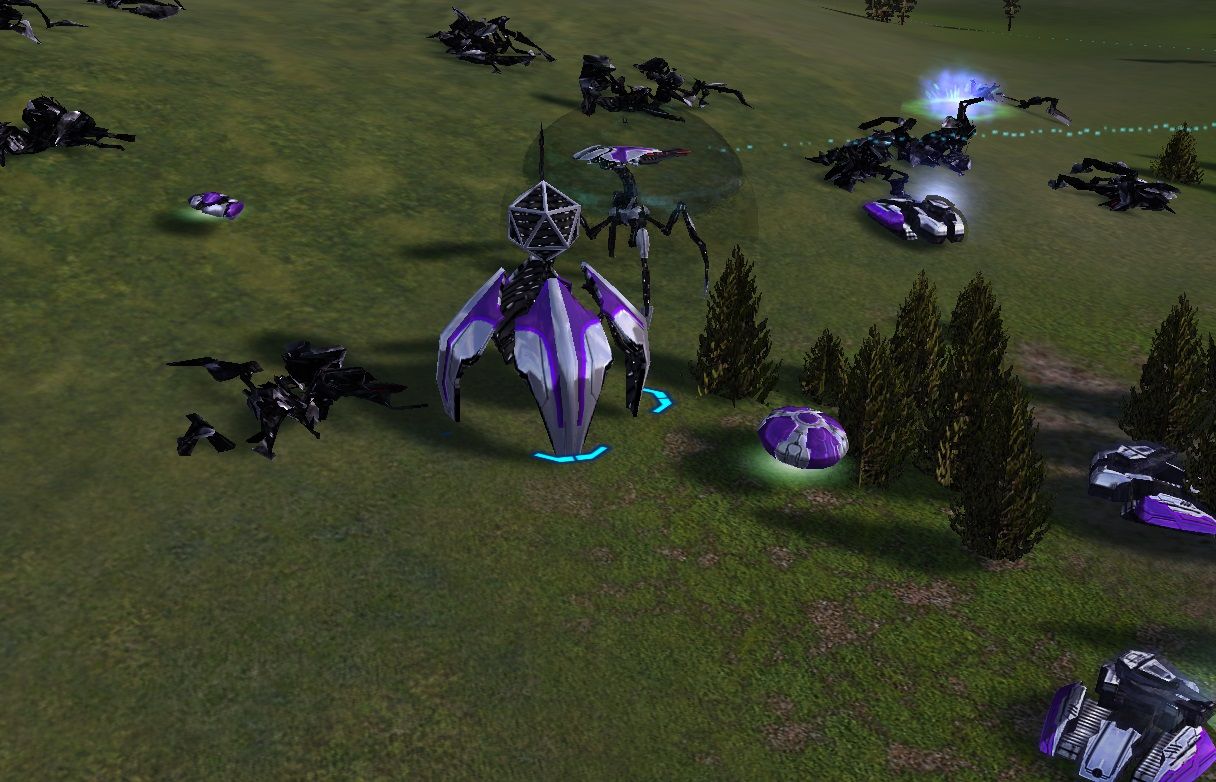 With widespread deployment of our superior shield technology, the Shaman can also extend the operational life of more primitive forces already fielded, immediately boosting combat effectiveness with a single deployment.

GLORY TO THE PRINCESS
LONG MAY SHE REIGN
~END OF MEMO~

Unit is available on the vault in the mod "KtQ Unit Shaman"
I had wanted to do more, but it was just not in the cards... or allotted time. Apparently there wasn't a shield regen buff built in, so that took a lot of my umph. I had also wanted to give it a chrono-damper suicide option (that costs power), since we so rarely see that ability.

Submits are closed. Results will appear in the next few days

@Balthazar I am playing with all the units, and i cant figure out how to get yours to deploy. Any tips?

EDIT: Got it, it works, just isnt animating the turret coming up. Good work dude!

@KaletheQuick
Hi,
tested the unit but doesn't seem to do anything to shields. No faster regeneration when they are hit.

@Krapougnak Did you test mobile shields? Or stationary ones? I primarily tested it with the t2 aeon mobile shield, which has something like a 3 second delay before it starts to regen. It's also VERY apparent with the obsidian, which goes from a regen of 2 to 13 (a 6.5x increase).

And there is a problem getting the displayed regeneration rate updated, so you won't be able to simply look at that. Whatever callback flushes it with the normal buff system i could not find when I made it, as there was not buff for shield regen like there was for HP regen (like the Sera com aura uses).

In double checking this I have found another bug though. Buffed units stay buffed when the shaman is killed. Not good. I'll need to add in an OnDeath callback should I try to develop this further.

(please don't update your mods after the submissions close)

@KaletheQuick
Hi,
I tested it with the Aeon T3 harbinger. I will test again with the units you mention.

Edit: tested with Obsidian and Aeon mobile shield. No effect at all. Is it just me ? Other testers ?

@Krapougnak How are you testing? Did you leave any UI mods on? I just double checked after disabling all my UI mods.

And to reiterate, the displayed regeneration rate will stay at it's default, so to see it working you will need to damage the shield and watch it's regeneration.

A quick video of my test. The radar range on the shaman is the buff radius.
https://youtu.be/ZcLiMX51H4A

Hi thanks for the video, very explicit.
I tested the shaman without any other mods activated on my retail version of the game and on FAF. I switched the shields off and on and compared those within the range to those autside. I also made some enemy AI units fire at the shields till depletion.

No effect at all all the shields regenerate at the same speed for me.

I think another tester is needed, this unit doesn't seem to work for me.

A pity I liked the concept and the model.

Any update on the Results for this yet ?

Working on it, I’ve had to deal with some offline stuff

This was pretty close again, thanks for entering. I'm personally a big fan of all the units and I recommend onlookers take a peek at the entries if you have the time.
Rationale below:

Fully animated with special idle animations and weapons that have effects, and walks properly. Big fan. No footprints though, and despite saying it can climb up anything there seems to be a certain angle threshold where it can’t. Readme says it’s an engine limitation so I’m not going to be too harsh on it.

It’s fresh to the game but it’s indeed a concept that has been thought about before. All the entries have though, so nothing too harsh here.

Lore is fine, these units are a little bit too powerful though.
Overall, solid unit.

So the version that was released on time for the tournament doesn’t deploy to shoot down mobile missiles. I downloaded the older version because the newer, working version was uploaded after the submission date. We’ve never allowed for this, but because I didn’t have it in writing properly on the thread until later, I'll let it in with a drastically reduced quality score.
The newer, working version is properly animated with working tracks and track marks, spent shell casings, and completely hides the weapon when not shooting at missiles. It’s frankly fantastic, but again. It wasn’t working at the close of submission.
Furthermore, the unit is missing a strategic icon, and is also missing a strategic icon (not the graphic) in the build menu of the factory. See the image:

This is also a new, but previously often discussed idea.

Lore is good and the unit appears to be pretty well done for balance. It probably also skews towards the “too strong” side, but i’m not a balance team member.
It’s a great unit and I love the effects on the weapon deployment. Just needs a few more bugfixing passes.

I was concerned this was a complete upsize of the fire beetle but it is not. Has the classic purple skin while cloaked and walks around properly, albeit a tad funny looking. No footprints though. It also leaves a mark on the ground when it explodes, which is nice.

It’s a fire beetle. The name is just fire beetle interchanged with different words. I can’t give it extra points for being original here. Also, I assumed the “Inferno” bug might imply that this had a fire weapon, which might have bumped the score up for this section. but it appears to explode like a basic artillery weapon.

No lore or etc present. If beetles were easy to balance they wouldn’t be redone every week, but this isn’t so insane that it would lose points for balance. They’re probably a bit overpriced, but whatever. It’s probably important to note that abilities like cloak need an upkeep to work and this unit does not, which I found interesting.
If this is your first unit mod; it’s great! But I think that choosing to spend a day or two coming up with something at least a tiny bit different might have saved you a LOT of score.

First, this unit is missing a build icon, and an actual graphic for inside the unit icon itself. While unique icons don’t increase the score, I would have suggested that you add in the basic icon for a mobile shield or etc.
Otherwise, the unit walks around fine (no footprints), I would have also liked something basic when the ability was active considering the competition.
The walking around is kind of cute, but I suspect it is the same or similar animation to the harbinger? The leg structure appears to be the same underneath the oversized shell.

It took a couple of tests to figure out if this works or not but it indeed does. While stuff like the stats not updating due to limitations I can understand, I cannot determine what the range of the buff aura is. I almost considered this unit non-functional until I tested units a considerable distance apart. What I would have done is added a dummy weapon to the unit that had the same range as the aura, so it showed a range ring. This also has the added effect of letting the unit stop on an attack order, instead of having it run off to attempt to melee enemy units. If the radar range is the same as the buff aura, then units outside of the aura still get the buff. Im not sure on that though.

This is the most unique idea in my opinion. not completely unheard of, but the most original.

All appears fine here, but there is no way I can reasonably gauge the balance of the unit without proper statistics being shown. I’ll just give it a standard score here.
Overall, it's cool. Sucks that engine limitations weighed this down, but I would have suggested some more simple planning about what it is you're making before you start, might have prevented this.

You all heard him, I won! I made the cutest one!

This is all amazing! It was great fun, even if I did hop in at the last second. I hope to maybe polish it up now that the competition is done.

@biass
You are correct, it is a kitbash of the harbinger. The petals on the legs are just the harbinger shield generator head texture on a new shape and rebound to the feet. And the turret head was replaced with a bacteriophage stem. 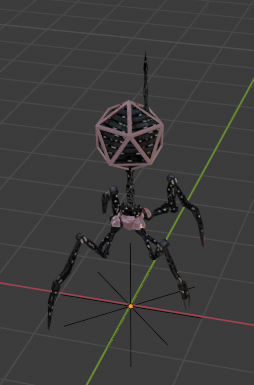 The petals were meant to look a bit like the petals on Aeon shields, but more so that it can hide when it's scared

(Or in a transport) 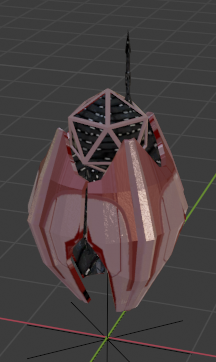 The radar range is the aura range. The buff is refreshed/checked every 5 seconds, just like the regen aura on the Sera com, so things just leaving it will be buffed for a moment.

@Krapougnak
Sorry it didn't work, thank you for checking it out though