This topic has been deleted. Only users with topic management privileges can see it.
last edited by
0
S
SpikeyNoob

you want proof and replays then come let us make some tests.
1 vs 1 me navy 100k mass vs 100k
Rules: no fog of war(this is a disatvanage for cybran since they lose stealth but if wanna claim thats why you cant win, i think your argument is shit), no more then 25k mass of submersiable units (this allows fielding a tempest and hopefully prevents winning by submarines only[this isnt a test to show who has the best subarmines], also limits the amount of seraphim destroyers), only units of one faction, no units produced from land factories, no air units, no nukes, no engineers(no acu or sacu). Before we start i need your army list and need to check the math. Ill be comepeting using uef and not use bs. if this test turns out to be too biased im open to changing the rules and faction i compete with. ill keep track of results and post them alongside replay#. anyone is welcomed to participate or run theyre own tests (i can only participate 1 match at a time). lobby is open for or running the next few hours.

First off i tried to get u a replay yesterday,i ended up making a navy nuke and killing all bp lol. But i would gladly accept your challenge. What time do u want to do it? Also i will play with your terms if u agree to not use shield boats, its only fair since stealth boats will be factored out. Or u could just keep intel off idc.

Also to everyone else, im just really bored. Ik his argument makes no sense but why not just try it.

Ok, just lemme get my FAFlive credentials and we are all set for this epic 1v1.
Offcourse betting is ON!

That being said, the test @Lorem_Ipsum wants to do doesn’t exist in the way he wants it to. Taking away stealth from cybran is just dumb. At that point take away UEF shield boats and force aeon to make the same ratio of frig to bs as cybran in mass. It’s not a test of anything. A 2k player will destroy simply because of better micro and unit comp over a person with 100 games. I’ve literally played more games as Cybran navy than you’ve played games period.

You need air to balance out Cybran stealth which has its own whole can of worms when it comes to balance. Often torps are often best counter to barracudas if you’re UEF and don’t feel like making coopers but if you’re Aeon then just sit a destro on them. Tempest crush cybran bs but then cybran frig swarm can crush tempest as long as you micro frigs well. Usually you need t3 to counter Aeon destro spam since they snowball hard. It’s not a case of “oh this one unit is slightly weaker than its counterparts, must need a buff” it's how the whole thing works together.

@spikeynoob i rly wanna use shieldboats they are an integral part of uef navy and what imo makes use of bc over bs viable, when you want to use stealth that badly we can make normal fog of war basic radar coverage the terms of engagement, wanted to do this when it is clear that under previous rules cybran cant compete but if thats the only way to make this happen im willing to try.

@Exselsior a tempest can beat an infite number of frigs when it submerges, i can also do this to bs since it outregens the torps fairly quickly.

Then the frigs and bs crush all build power and the tempest barely does anything. Tempest then dies to ground fire from cybran bs. Also you’re saying you need shield boats because they’re an integral part of the navy for UEF while at the same time taking away stealth from cybran??

Yea def should be moved from balance section. Mr ipsum can u explain what this means "wanted to do this when it is clear that under previous rules cybran cant compete"

@spikeynoob i wanted to give myself an advantage knowing ill be playing ppl double or triple my rating, give me break okay, an advantage btw containing to a single of 4 factions and the removal of which will enable radar jamming of uef frigates as a counterpart 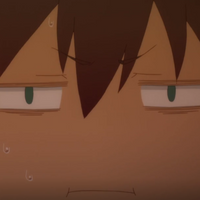 Yea def should be moved from balance section

But that's the point of having a balance section:

-All balance discussions MUST be in the balance section

It's a way to prevent threads like this from existing in the first place, or at least having an excuse to lock them

@arma473 but why tho, if not for this thread my classes would be so much more boring

Idk I kinda want this thread to exist. It has been making my hour commute into the office more entertaining the past couple days and I don’t think it has quite gotten too toxic, though it might be getting there. But yes shouldn’t be in balance discussion at least

Mkay I think we've exhausted any valuable balance feedback this thread may have. Locked