This topic has been deleted. Only users with topic management privileges can see it.
last edited by
0
E
Exselsior

I would like an auto ping if one of your teammates scouts an EXP, nuke/anti nuke, T3Facts, T3 arty and Portals

Auto ping + auto marker would be OP. But i bet most people would hate it cause "it lowers the skill ceiling". If the buiding goes down the auto maker would be auto-deleted. If you were cybran for example you could have the dr. brackman saying very good commander to increase dopamin levels.

No like you said it lowers the skill ceiling + would just be abused like ftx said. I'd start building nukes or anything else that causes pings just to mess with people. If they're not paying close attention they can't tell if I'm actively building it or not. I would 100% turn this off and would be annoyed if other people could use this in times where I actually build a nuke or whatever. It's your job to both scout and to look at what you scout. Not my problem if you scout my nuke and you aren't looking at what you scouted.

Always thought it weird how engineers wont automatically reclaim destroyed walls when patrolling, could this be adjusted?

This was talked about earlier in this thread I think. It was argued that this is a nerf to walls and I don't disagree with that argument actually. However, I think I still maintain that engineers shouldn't sit there for a million years trying to reclaim the walls, they should move on with their lives. This might only happen with factory attack moves though I can't remember.

Would be nice to see strat icons for partially built xps

Is it possible to make the cybran acu laser weapon a toggle, like the shields on aeon/uef ACUS?

It may sound strange, but using the example of https://replay.faforever.com/16458241

I've come to the opinion that cloak by itself + gun is in a lot of cases better than if you had it with laser. Reason being in the middle of a fight, it is impossible NOT to notice a huge red laser and immediately recognise what's going on. Que rapid and rabid pinging from everyone on your team. Invisible monkeylord bug jokes aside.

But if on the other hand you don't have this upgrade, you're free to basically OC at will and more often than not your opponent won't realise why his units are being chewed up so fast.

Anyway, maybe its just me who likes screwing around with late game cybran ACU's so much.

Put combat sacus onto the same selection priority as normal units. would be a lot nicer to micro them when random other units are also mixed in.

@eternal He wants the acu to shoot its regular gun without also firing the laser so that won't work unless I am missing something. I like the idea and it gives even more options for varied cybran acu play options.

It can actually decide the game, especially if multiple people leave consecutively, e.g. in situations where you are fighting air and one player is behind the other, and suddenly neither player can issue orders. Also, I don't recall this being a thing in the past, so if someone could point me to when this feature was added that would be great.

@archsimkat I vote for removing this

It was added like 2 years ago and it was added because it removed a huge majority of the desyncs in replays. You basically used to have a desync in every teamgame replay if a person decided to leave mid game.

Vastly more coherent to ban something as rare as exploiting the pause than to remove something that gives a huge net benefit, if anything.

This is very possible, upvote this post if people want this solution.

@jip Geez I had no idea you could upvote on this forum lol If we do implement this can a message be put in chat saying whats happening? And can it unpause itself automatically??

Yes, we can unpause it automatically too.

Edit, these are the functions:

When a player leaves, we issue a pause. And then we can keep it paused for ~ 1 to 2 seconds, before we automatically continue by issuing a resume.

i would like to have an option in lobby to turn it off if this is possible. I would like to enjoy the gameplay, not a hour long boring replay

I'm afraid that the toggle to disable the UI is part of the executable and the implementation doesn't allow you to toggle it.

Right now, the option to expand the idle engies or factories menu only appears when you actually have an idle factory/engie, and - at least for me - the button is somewhat difficult to click because it's so small. In my opinion you should always want the expanded version of the menu, so my suggestion is as follows.

This is how it is currently: 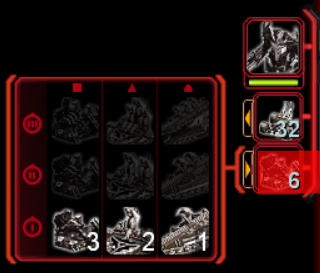 This is my suggested version: 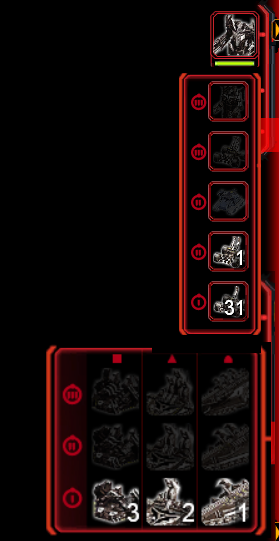 Excuse the bad image editing, but could you create a menu option to show expanded idle factories AND engies menu by default?

A UI mod can do that too, no need to embed that in the repository.

I was thinking of the flags in the game lobby that shows where we all live. If there was also a small icon showing if each player had indicated (somewhere) that they spoke/understood english that would be potentially helpful. I'm one of the (few?) people who types a lot in game, trying to rally or focus the team and I've often had games where no one responds lol so maybe they literally don't understand me meaning I'm wasting my time and it would be useful to know to stick to pings

I'm not sure about that last suggestion. I think the country flag is already a good indication whether you can expect someone to understand / speak english. And even then, sometimes people just want to be able to play in slience.