This topic has been deleted. Only users with topic management privileges can see it.
last edited by
4
K
kdrafa91

Matchmaking 4v4 and 2v2 setting auto-match menu is lackluster cant we have something nice like league of legends loading menu? where you can see % and status of the people loading?

Is there a way to mute the in game voice clips people spam they’re annoying. Can an option be added to disable them if that doesn’t yet exist? I haven’t seen anything related to muting them in any options menu.

Everyone encounters lag in multiplayer games at some point.
Remove the guesswork and witch-hunting of "who is lagging" by storing more persistent connection quality data of the players per game session. Currently we mainly have ping that is easy to look at but often isn't very informative. The connection stat screen has packet loss and shows who is behind in the sim, which people who know how to interpret can much faster and reliably identify the source of the lag. Two usable metrics from this could be aggregated and shown in a more user friendly way (perhaps there is more or even better data available?):

Additionally if those metrics would become more reliable, perhaps users could start to distinguish network lag from sim lag more too, as currently those are easily mixed up with each other in the user base too.

I'm assuming this could be fairly easy if we can access the data, do simple math and pipe it into some added UI element, e.g. in the same view where you have the ping currently per client? 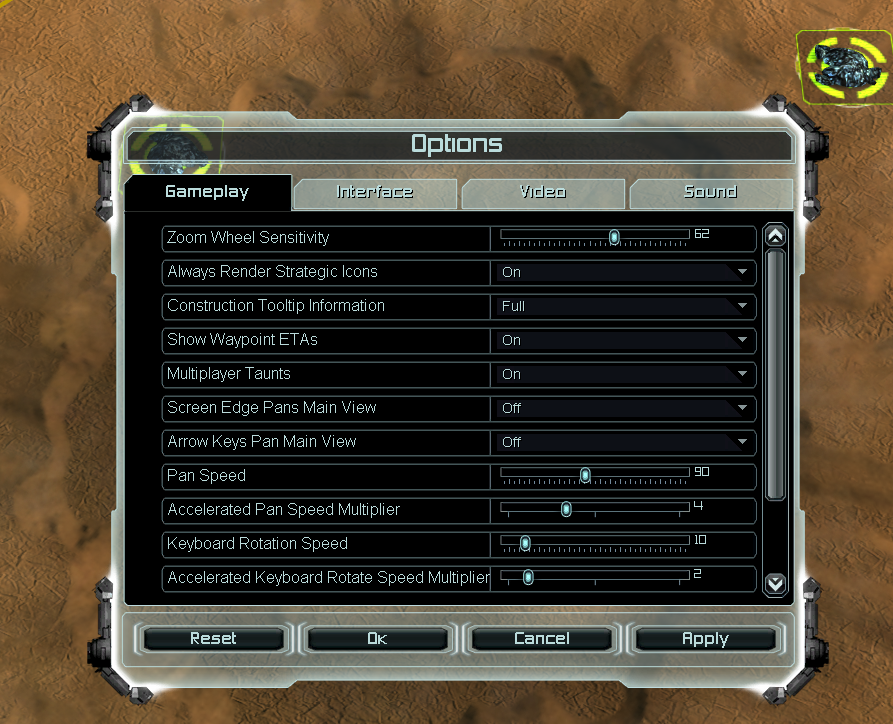 you can turn them off under Multiplayer Taunts

I'm not entirely certain that information is available in Lua. The information printed by the console command ren_ShowNetworkStats is not available, for example. That is directly printed on screen by the engine.

If I can access the data it shouldn't be that difficult. If not, maybe the ICE adapter is capable of at least generating the information. Showing it in the client is another story

BlackYps made a similar suggestion - it is coming!

Is there a way to mute the in game voice clips people spam they’re annoying. Can an option be added to disable them if that doesn’t yet exist? I haven’t seen anything related to muting them in any options menu.

It is an option, don’t remember if it’s in game settings or the chat box itself.

When the multiplayer game hangs due to packet loss or some data transmission issue, could the game automatically say in the all-chat that player X and playerY have lost connection to each other? Or if anyones ping goes over say 600(?) the all-chat box will say so. Limit how often the message would appear eg once every 60 seconds. People may be inclined to sort out their issues if it is made very clear who is having the issue? Just a thought.

Would it be possible to put voting in the game? I cannot remember specifically, but there were a few games with problems after the ranking cutoff where I had wished some way to have the players present agree to unrank the game.

Would it be possible to put voting in the game? I cannot remember specifically, but there were a few games with problems after the ranking cutoff where I had wished some way to have the players present agree to unrank the game.

It surely is possible but I'm not sure if it is desirable.

Friendly nukes do already get a special map ping but maybe it would be good to have a little bit more than just a ping.

Same for the suggestion of @wikingest / @arma473 . Please keep a tab on the license of the sound.

@Jip Which license(s) would you accept for sounds?

If someone creates a new sound and donates it to FAF, that would work, and anything that is 100% in the public domain should work.

Are there any kind of open source licenses that you would accept, e.g. which of the creative commons licenses is acceptable? Is the FAF project willing to include a sound if it means you have to give "attribution" to the author? That seems like a relatively easy thing to do, just distribute a file with the FAF files that lists all of the "attributions." I don't know if FAF already has something like that.

Just an idea, could we just cut the existing sound? "Nuke launch detected" for enemy, and "Nuke launch" for allie?

Suggestion: SACU explosion should be different from the ACU. I think even Gyle mentions it several times that it is really distracting.

I had a look on audiojungle and there are plenty of good sfx for a dollar or two. A basic license is included which would allow FAF to put it in their game. Here's two great possibilities for the radar ping -

The second part of this SFX might suit a SACU explosion

I'd be happy to buy a SFX and donate it to FAF.