This topic has been deleted. Only users with topic management privileges can see it.
last edited by Swkoll
12

The highest earning players this year are Tagada with $1038.73 across 6 tournaments, Nexus with $870 across 5 tournaments, and TURBO2 with $335 across 3 tournaments.

1v1 tournaments continue to have steady growth as the decline in the LotS prize pool was more than made up for with significant growth in the Seasonal Invitationals prize pools and other tournaments. 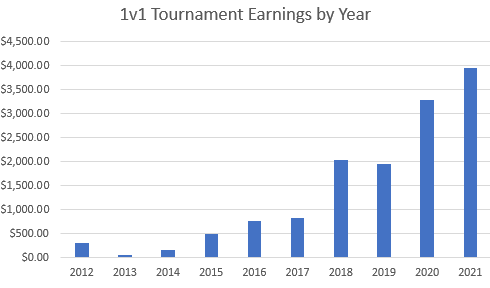 There were 4 new players added to my dataset this year bringing the total number of tracked players to 47 with two "new" players, Tex and Yudi, passed $100 in winnings. This graph shows the cumulative earnings of every player with >$100 in winnings. 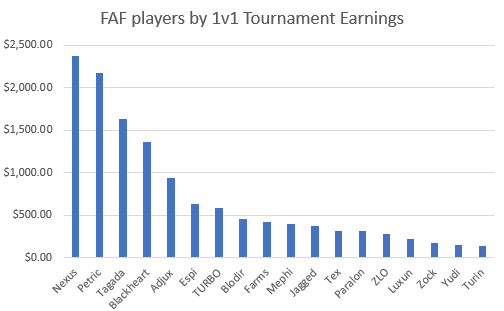 I have graphed the rankings of players based on their cumulative 1v1 tournament earnings over time. Players first appear on the graph in the year where they exceed $100 in relevant winnings. Often a player will win some money in a year, but they will end up going down in the ranking as other players surpassed them. For example, Adjux has won prize money in almost every year since 2014, and his ranking has fluctuated between 2nd and 5th. 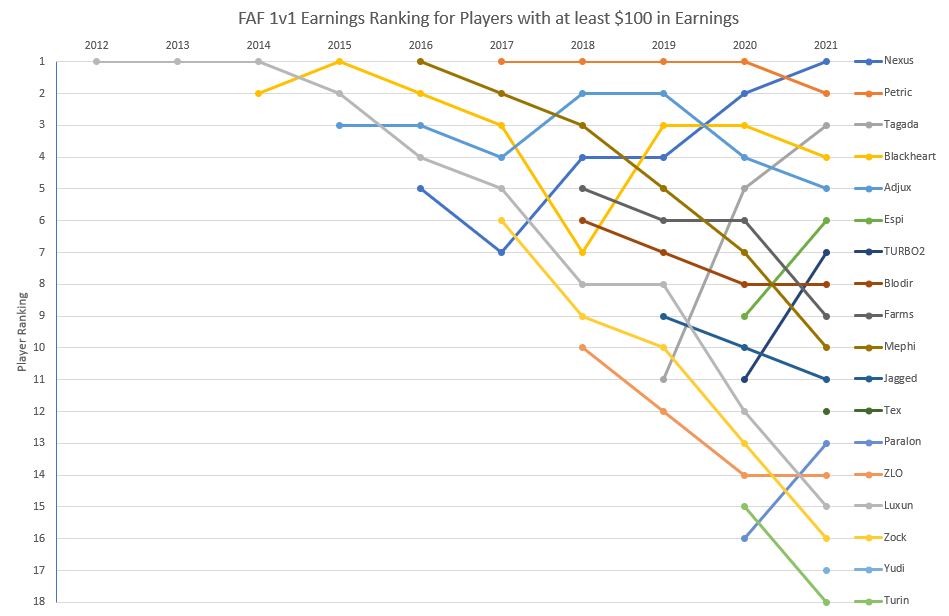 Disclaimer:
For the purposes of this post a “1v1 competitive tournament” is a 1v1 FAF tournament that is open to top players. This excludes showmatches, team game tournaments, modded tournaments, and tournaments restricted to low rated players.

See my previous post for more information. If anyone wants the dataset, feel free to message me on discord.