A Topic of Dumb Ideas!

@Jip said in A Topic of Dumb Ideas!:

How is the spilling lagging the game? I'd love to know more about that, seems that it wouldn't be that expensive to compute each tick.

So each projectile that hits the shield has to be calculated, now test by throwing like 10 janus at a shield and watch ur simspeed drop massively

@Azraeel No, what difference does it make?

edit: Thanks for the helpful reply.

Oh - that kind of spilling. I thought you were talking about economical spilling, e.g., spilling to allies.

@deletethis said in A Topic of Dumb Ideas!:

@Azraeel No, what difference does it make? 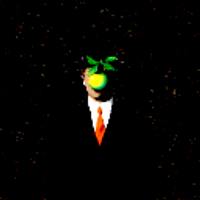 while on that note, how about a proper uef land jammers with proper unit formations

@ZLO said in A Topic of Dumb Ideas!:

How'd that even work lol

@deletethis mobile smd would need assisting, so like basically has no Buildpower itself

@Azraeel you could think about sera battleship/t3 nuke subs only they make smd instead, the land equivalent would probably end up as t4 tier, or maybe extremely limited range...

@Azraeel said in A Topic of Dumb Ideas!:

@ZLO said in A Topic of Dumb Ideas!:

How'd that even work lol

More HP, much more speed, much more radar range, more vision, maybe tiny omni range, improved versions of abilities of lower tier units... like t1 arty-like thing for UEF scout, stealth+cloak for cybran, ability to traverse montains and walls for aeon, short range teleportation for sera or maybe some EMP ability to disable single unit for 10 seconds for 5000 E or something like that... or maybe that ability would only work against buildings idk

@Pearl12 Give siege tanks an engineering tool same as a t1 engineer, except have it auto-reclaim on nearby unfriendly walls, and don't allow it to be used for other purposes. Call it a "siege drill"

I actually don't think this is dumb, but I imagine its the kind of idea that people will just hate.

I think that reclaim micro needs a nerf, particularly in the case of map based reclaim.

So... what is the purpose of putting reclaim on a map? Its there to give players busy work. I'm not so much talking about large reclaim points or wrecks... those aren't so bad. I'm talking about small rocks and trees.

Small rocks and trees are an APM sink. If you're good and you have the APM you can sink a portion of it into collecting tons of little rocks and little trees to gain an eco advantage. If you're bad at it you can lose matches because fuck you, reclaiming little rocks mindlessly is hard baked into the very core of the game.

And its a significant enough eco advantage that your opponent must try to match you in order to have a chance at winning.

And you can do attack move or set up a circular path if you want, but you'll be at a significant disadvantage if you do against the clicky high APM types. The higher you go in ladder, the more critical clicking those little rocks become.

So now you have this APM race to the bottom set up where both players are forced to repetitively click rocks... forever... or at least through the early game.

Its a dumb idea, a dumb thing to do.

Rocks and trees should not be reclaimable. If you want to add reclaim to a map, add wrecks. Lets not add something that is repetitive, boring and gives you an artificial advantage that's not based upon the choices a player makes, but is instead based on the speed with which they can repetitively click the ground.

I haven't brought this up, because its so fundamental a part of the game, and because the ladder folk will balk (they've invested a lot of time raising their APM so they can be the clickiest players of all).

But its a bad mechanic. A terrible mechanic, and maybe if people started to see how stupid it is, we'd slowly be able to pull ourselves away from it.

Clicking tiny rocks really fast doesn't decide ladder games, even when you're 2200. It matters in the first 5 minutes when you're doing some refined BO on a map. Beyond that, there are vastly more important things to take your attention. Like really, would I rather be microing my tanks for mass efficient trades while attack moving reclaim or attack move my tanks into the fow while microing my engies?

In fact, it's actually teamgames where such "boring" things matter due to the lack of actual gameplay elements to focus on in most popular teamgames maps. Take it away, and now I can treat FAF like an idle game in teamgames. Some maps have already done it!

By the way, your suggestion would destroy the ability to convert bp into e. This is a fundamental relation in the game and losing this interaction would do nothing but harm the complexity of the game.

@FtXCommando said in A Topic of Dumb Ideas!:

Oh.. then why the fuck does everyone do it?

In fact, it's actually teamgames where such "boring" things matter due to the lack of actual gameplay elements to focus on in most popular teamgames maps.

Do you really think people that read through these posts are going to buy that?

By the way, your suggestion would destroy the ability to convert bp into e. This is a fundamental relation in the game and losing this interaction would do nothing but harm the complexity of the game.

You could just replace current reclaim with smaller amounts of reclaim with higher energy values. Remove the mindless click spam, and if the map is intended to provide an early exchange of BP for e, get it from a source that doesn't require spamming.

The spamming itself is lame, it is something of an APM sink on some maps.

Another solution would be to make trees only passively reclaimable. You can set up an attack move or patrol and reclaim trees and tiny rocks that way, but not through click spam. Then it would be worth it to pick it up, while not incentivizing microing a million little precise clicks.

I expected this to be a controversial opinion - something that wouldn't be taken seriously - which is why I posted it here. That said, I think I'm also correct, its a lame mechanic.