Looking for Voice Actors to help with Tutorials 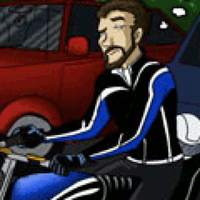 @paulway Great, I have a script draft ready and I used text to speech so that I can adjust timings during the tutorials and possibly cut/add some content. After that I will do some proof reading and send it to you then.

Here's a sample of some recent voice work I've done. It's completely unedited so if understand if you'd choose someone else over me. https://soundcloud.com/captainklutz/cc-1-raw/s-ct9S4VCYIpI

@askaholic said in Looking for Voice Actors to help with Tutorials:

It was the first one, that's never perfect, if I was making it today it would sound much better, ever with Gyle's voice. The fact that it's too quiet is just caused by a wrong settings when packing the sounds for the game.

I've recorded two so far - basically of the same tutorial on Open Palms. One is just my natural voice, and the other is more in the style of Commander Zachary Arnold. Obviously, being Australian makes it more difficult to do an impression of a gruff US military commander. So I'd like to know people's thoughts on what style of voice they'd like to hear in a tutorial settings:

a) In the style of the original game voice-overs - i.e. US military sounding for UEF, etc.
b) Direct and clipped, no-nonsense - e.g. a standard instructor.
c) Neutral sounding - not friendly, not unfriendly.
d) More engaged and personal - more friendly rather than any of the other voices.

I'm thinking this particularly in the context of FAF trying to get more people into the game. I think we've already appealed to the military simulator people; maybe we can appeal to a wider audience with a less military style?

The logic around going for the gruff military commander style stems from trying to create some narrative reason in-universe for the tutorial to exist. Since it's on Open Palms and Open Palms is always in ladder, the logic is that it must be some pretty central location in the universe that is easy to fight over but also easy to lose control of. This makes it a great tutorial planet for commanders to get told information about because they'll likely get put on it and there is a ton of information out there (replays) for them to look up themselves.

Since it's based on the UEF and the UEF in general follow a strong "command-staff military bureaucracy" style of interaction, the logic is to have the voice actor project the rough exterior that typically follows from that sort of environment. To give it a bit more flavor, we worked to make the commander also have the sort of attitude of an NCO trying to break people out of the "bad habits" they picked up at the academy back on Earth, which can apply to teamgames, ai games, or just playing the campaign in terms of preparing yourself for competitive play. Though of course the roughness is just there because the officer wants you to develop into the best possible commander and so he gives out his own tips about best practices he learned out in the field.

Basically, while it is primarily focused on preparing people on the steps in playing a basic 1v1 map, it's also supposed to be more fun to listen to than "send x to y on the map" and hopefully the flavor makes it easier for people to remember the mission a week from now.

Not every tutorial needs to have the same style, this one is mostly the traditional style for UEF, in fact it's something I want to strive to push against as I'd rather each potential mission have some quirk that makes it remarkable rather than a giant gray glob of orders and commands thrust at you.

get endranii to do it best voice on faf imo

@randomwheelchair Wtf, this is sooo good!
I will make a tutorial just to use this lol

@linustech said in Looking for Voice Actors to help with Tutorials:

We’ve already discussed this a bit in the promo discord but I’m gonna drop it here too for the benefit of everyone.

I don’t think tutorials are really the best place to be bringing in Internet celebrities. It really just distracts from the main point of the tutorial which is to get you to focus on the build order you’re supposed to be learning or whatever. Don’t get me wrong, I’d love to see some FAF promotional videos with big ticket youtubers, but that would be better placed in some sort of trailer or advertisement.

I’ll reiterate my position which is that for the best results we should employ free lancers from fiverr who will produce extremely high quality audio for a pretty damn cheap price (anywhere starting at… $5… yea that’s why it’s called fiverr).

If Linus voices something it should be a youtube trailer for FAF, not a build order tutorial.

Please tell me the FAF team is going to take use of Linus' very generous offer in some way, shape or form asap! Please!

Is it possible to playtest something already?

In general, missions should always be made without voiceover first. Especially if you want to have a bigger script that covers multiple missions. Text placeholder are enough and flexible.

Because at the time you make the voiceover, you fix in place the text/story for all eternity. You need to make sure that your script actually works well ingame before you start any kind of voiceover work.

The mission was made within 3 days and that was 2 weeks ago, you can playtest it if you download the files from my github (https://github.com/Tagada14/faf-tutorials) and set up an innit file + an exe to launch fa with the correct init. Since then I was working on the script with Ftx + making sure that the voiceovers will fit time-wise during the mission.
The problem with placeholder texts is that they pop up always for 5 sec which means that most of the time the player won't have enough time to even read through it as well as it makes it difficult for me to time the mission well.

Have you asked speed2 or somebody? it seems really weird to me that you cannot time the text bubbles. Ill try to play it when i have time, maybe weekend. I think it makes more sense to concentrate on playtesting before creating voiceovers of any kind.

If the time really cannot be changed for text, i would just use a simple text-to-speech AI generator for now, or just have a random guy speek it into mic unprofessionally. Good things are made in iteration, you definitely want to gather feedback before you make the final voiceovers.

Edit: Alternatively, if putting audio into the mission is tiring, we could just generate a number of "silent tracks" for each length in seconds like

and then you can just quickly measure your own voice while working on the mission and insert the corresponding wav. I could create these audio files in minutes if i know the correct audio settings.

As far as I know the pop up remains as long as the audio file still has anything in it. The default time is about five seconds.

I will write a longer post tomorrow but to clarify :
Dialogue pops up for the duration of the video. If there is no video specified it uses back up and it lasts 5 sec.
I've already put the whole script through text to speech and adjusted timings through other means to simulate how it would look like with real voice overs + videos. At this point what Is left to do is approving the script, the voice actor and the style he will be recording in. I also could use a few people playtesting the tutorial to see what they think.