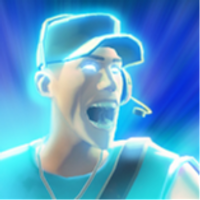 will there ever be a way to keep your mouse locked to one screen when in dual adapter mode?

i've already spent way too much time trying to get my cursor to lock to my primary window with crappy third-party software. it just. won't. work.

i seriously hate seeing that answer all over forums when there's clearly an issue with a display mechanic, only for people to respond with """advice""" instructing you to ignore it and to employ a different mechanic.

i want to have this setup because i feel as though it will help to improve my map awareness, eliminate the need for the crappy in-game minimap and overall improve my strategy and APM.

sure, i agree that strategic scrolling is better in many situations but for the ones where it's not, i'd rather not use arrow-keys.
(i even tried binding spare macro keys on the left side of my keyboard to arrow-keys , but you can't pan the camera diagonally with this method. you can't rebind the arrow-keys in-game either, they're eternally stuck on arrow-keys).

i use the vanilla forged alliance secondary display adapter option and have never crashed, so this video is completely useless to me. besides, i don't even own two monitors of the same aspect ratio/resolution, so it'd be a total non-option. i'm pretty sure you'd just encounter the same issue, anyway.

what i'd really like here is to be able to do interact with the game on one window and have a large overview of the map display on another, even if i can't interact with the latter, i just want it to show up without my mouse entering its window every time i mouse pan. it's incredibly annoying because even when i'm not trying to intentionally pan, my mouse will accidentally end up on that window. it's seriously just inconsistent.

if i were able to code a mod that showed a large, separate minimap on the second monitor in 4:3 or something, i would, but i have no idea how i'd even try.

anyone have thoughts on this???

I dont see an easy way to lock the cursor, but what would might be possible would be to disable scrolling on the secondary view with a UI mod, that way you won't mess with your maximap when you accidentaly move there