This topic has been deleted. Only users with topic management privileges can see it.
last edited by maudlin27
0

@tyne141 Thanks, I’ll have a look ahead of the next release. I’m in the middle of tweaking M27’s tmd logic to handle massed tml and billy nukes so the replays highlighting tml issues are well timed! 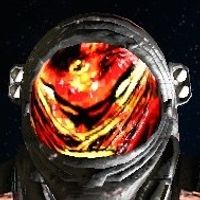 So after trying to play with M27AI on DualGap Scale Adaptive around 2 min in the entire game freezes and I have to force kill it. This is the log I got from it game_17452319.log

@igneustempus Thanks, it looks like M27 will hard-crash on any maps that have mexes outside the playable area, I'll have it fixed for the next version

v42 Update
This update was almost entirely about fixing issues highlighted by replays people have sent me:

Great work! I think it can play at around 700 rating in 1v1. AI uses bombers quite well, its pain in ass to deal with them even with air control. All in all pretty solid.
I played some games with it, search "M27 testing" if you want to see them. What i noticed is: strange unit movement and questionable unit composition. For example it will build too many t1 maa while being at disadvantage. It will not contest huge concentations of reclaim (cadmium gree for example). It's pd logic is kinda bad too. Like it will build pds in base where it's not doing anything useful (regor highlands). Also its plateu logic working strange (on regor highlands it never dropped three mex expansions with civs but dropped 1 mex hills).
I think it ecoes too much maybe? On some maps it's ok but on some it snowballs quite bad.

@tomma Thanks for the feedback and for labeling the replays, I'll have a look to see what adjustments can be made

Could you add support for foreign engineering units (units sharing)? Now, as far as I understand, buildings and experimental units are built сonsidering of GetFactionIndex

@art-wiedzmin If you're talking about e.g. a Cybran teammate giving engineers to a Seraphim M27AI, and having the Seraphim M27AI build cybran experimentals, this is already supported. E.g. if you spawn in M27AI in sandbox, give it a paragon, and a bunch of T3 engineers from a different faction, it should build an experimental with that faction's engineers (so if you gave it Cybran T3 engineers and it had no other T3 engineers, I'd expect it to start on a monkeylord).

There are a couple of bits of logic that will be affected by the base faction (e.g. when deciding what type of experimental to build it will be assuming it has engineers of its base faction so its decision might be different to if its base faction aligned with those engineers, while some parts of the logic like building hives will also be faction index dependent) but this shouldnt prevent it from building any experimentals of the gifted faction.

V44 Update:
First part of planned improvements to teamwork (released early due to a hotfix for a rally point bug in v43):

Latest changes (v45 summary)
This update's main focus was on teamwork although I also got sidetracked into improving PD placement logic.

Greetings
I've tried playing several maps with the latest updated, however it keeps crashing around the 5 minute mark. I disabled all other mods , it still crashed , changed maps still crashed. If you need more infomation let me know. I've not familiar with how feedback is given here.
I did see someone else managed to upload their game log, how IDK.

Thanks, looking into it further for some reason v45 was only compatible with the FAF develop version of FAF (hence why my pre-release testing didnt pick up any issues as it was all using FAF develop). I've uploaded v46 that reverts it back to v44, and will either upload a new version if I figure out the cause of the incompatibility, or wait for the current FAF develop changes to be incorporated.

Latest changes (v47 summary)
The main focus of this update was on optimisation. Special thanks to Softles who wrote some work scheduler code that I was able to use to try and spread out some of my function calls to improve performance.

Latest changes (v48 summary)
A smaller update that should have minimal impact on how well M27 plays, yet still be one of the more noticeable updates: