@Tagada Every time I see someone saying "I have no idea how to remake beetles" then suggesting special buffs against buildings, I die a little inside. What you want is damage over time.
@Keyser People tried and failed with beetles a long time ago, when they had the last major change. That's exactly why you don't see them, yes.

Just return beetles to the way they used to be. They punished people that were too blind to see crap. As even a COM OC would counter it. Or building t1 walls around com 3x away. Even prior to nerf beetles were a niche rarely built unit like Mercy, but considered more reliable than mercy, because they don't die to random t1 aa fire.

Then remove the rule that states building under units is bannable.

Add a mandatory mod that means when beetles are put into a transport they lose any other commands.

MazorNoob
This post is deleted!
Reply Quote
last edited by
0

beetles are already good since the latest patch. It will just time for people to notice just like it took half a year for ppl to realise mongoose were busted

I used Beetles once this year.

I used them to kill an UEF Gun ACU combined with mantisspam.
10x10 laddergame ~1500 rating

Now following the info I got in the balance guideline thread (in that a usage statistic is not enough in itself to prove that a unit is UP), I'll make a comprehensive argument on why beetles are underused. The gist of my argument is that beetles are an extremely situational unit that has better alternatives outside of a very narrow range of situations, and even in those Cybrans have options that aren't much worse. Therefore, players don't bother learning the unit, since they're very rarely worse off not using it. To do that I'll analyse, one by one, every beetle use case I can think of, starting from least useful.

To sum up, beetles as they are now seem to be a unit with very niche uses. They're great against mongoose and hoplites, they are okay for raids in very specific situations and can stop an advancing ACU in very specific situations. Everywhere else they're outclassed by other units. Now, first and third case are reactionary - you make beetles to counter a specific strategy, or you make them because an ACU is coming and you have no better options. The second case is very situational - you have a window of opportunity sometimes, then that window is gone.

In other words, beetles are only worth building as a reaction to a few specific situations and enemy strategies and outside of T2 stage barely have a good use. Anything that's your initiative - killing eco, drops, raiding, capturing a position, ACU snipes - is better served with other units. If you do have some leftover beetles, they do a poor job in all these things.

I'll leave the suggestion how to fix them for another post, this is enough of a wall of text.

My beetle mod is now in the vault, btw 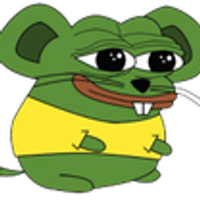 Blizzard was struggling with integrating Spider Mines in Starcraft 2, and came up with Widow mines. Translated to FAF it would be burrow to gain stealth and cloak, fire off short range missile with splash damage, recharge 30 seconds drawing energy.

Omni is not nearly as easy to come by in this game as detection is in sc2, if you have something stealth and cloaked and the acu isn't there it will never be seen. Which will make a widow mine like unit incredibly unfun to play against.

@archsimkat just realized, the widow mine cloak is disabled when recharging in SC2.

You can ditch the stealth entirely reminding low ranked players to build scouts, and if you want you can pair them with deceivers.