Solution
Integrate T3 Pgen into MassFab by simply adding 3/5s of the Pgen cost to the MassFab. Now, people can simply order engineers to build lines of T3 Mass Fabs.

The same will not apply to T2 Mass Fabs, as they are already the better choice.

Justify the Solution
With T3 Mass Fabs not draining energy they are easy. If you don't care to optimize you can just take a T3 engineer and draw a line of T3 Mass Fabs without worrying about power stalls. This will make this easier than making RAS SCU's.

T3 Mass Fabs with integrated power will cost significantly less building space so the building has a better payback per build area. However, unlike T3 Pgen + old Mass Fab, you cannot turn off the Mass Fabs to get more power to resolve a stall so you also lose some utility. - I think this balances out.

While easier to build, with lines of T3 Mass Fabs, they are also easier to destroy especially if you really do build continuous lines as the buildings are volatile. Hopefully this will also result in more chain explosions.

t3 fabs are generally better than t2 fabs. Even though they are (barely) less efficient generating mass, they take less space, don't die as easily and most importantly give way better adjacency bonusses.

I think you do have sound reasoning here but I'm against it because way back in ta a metal maker takes e to make metal and it just wouldn't be right in my mind.

That sounds quite reasonable, that is twice the E drain of a T3 Mass Extractor.

Also was it not only about "punishing" but also to maintain some kind of build balance? Think I once heard somethng like that. You could hardly build PGens during a heavy power stall if you also had mass heavy projects going on if mass production didn't drop during a stall.

Horrible, horrible idea. Spamming T3 massfab with pgens gives eco faster than sACUS. This is a situation of OP needing to learn to use them 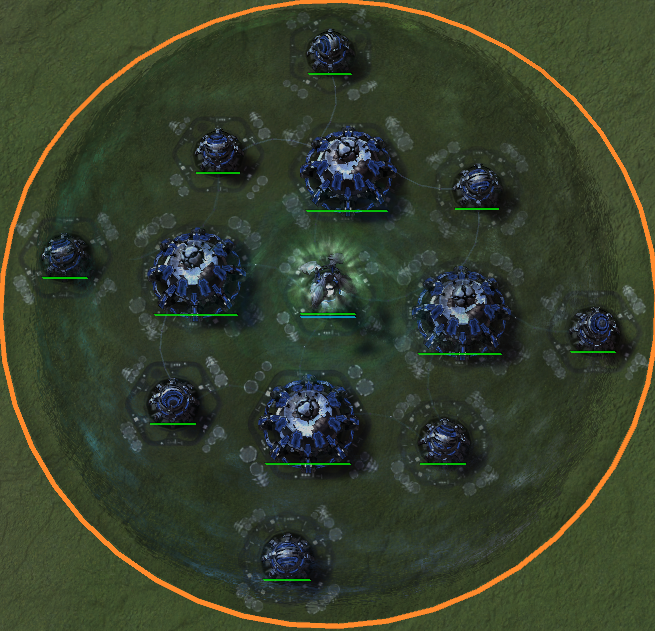 I would still use the enhanced T3 Mass Fab in a silly template though, this time for adjacency.

But drawing lines is something people do very easily, it takes 1 click + 1 hold click. This means you can develop eco with limited APM, though someone who optimizes for adjacency still has a significant advantage over you. 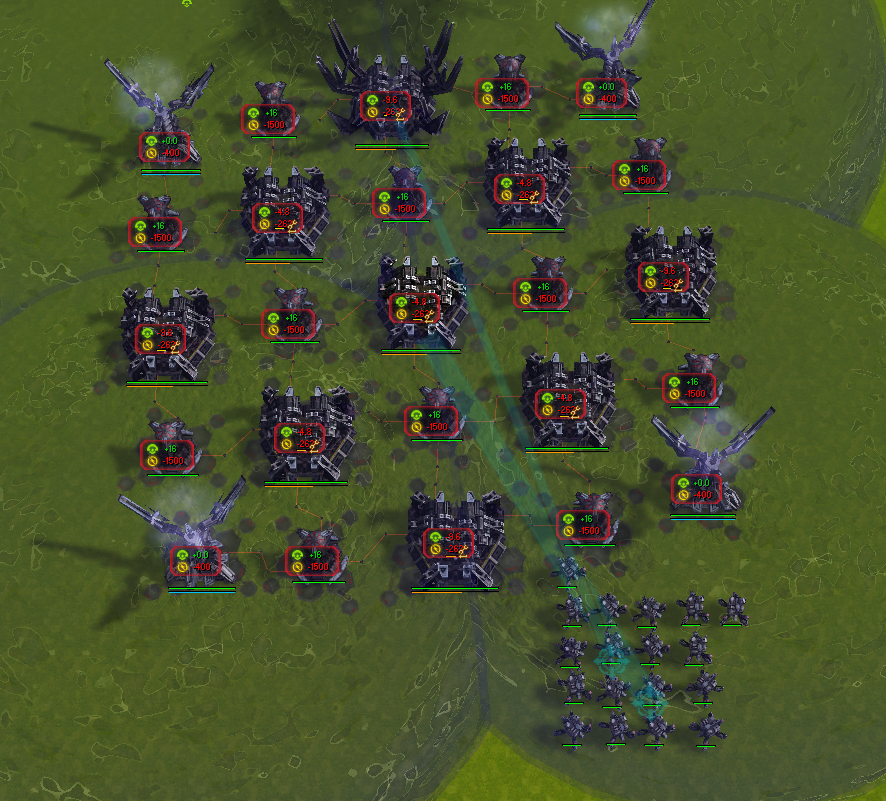 T3 Mass fab adjacency is amazing. You can get up to ~80% discount on factories making t3 units practically mass free.
T2 fabs only give an ~20% discount when fully ringing a factory.
If we implement your idea then this grid would cost around 1 t3 pgen to run and be 150 mass positive.
Works for cheap strats too.

T3 Fabs and pgens surrounding a nuke launcher are also good although you have to shield it and watch for tele-SCUs.

To be honest, removing their power cost and adding part of the cost of a T3 pgen in it to compensate will make it worse in some situations.

Indeed, but this benefit is not core to FAF balance as the meta is RAS ACU's anyway.

The improved ease and accessibility would increase the use of the Mass Fabs and it is pretty common for the easy low APM option not to be the most efficient.

However, a baseline base with mass fab lines is a better place, look and explosiveness than RAS ACU's in my opinion.
Let the RAS ACU's be a medium APM player style.

(you yourself show a template that does this).

As I said I will make new silly templates, I am thinking of an adjacency grid of 5 mass fabs with room for factories to be placed seperately.

To me, getting rid of the large power drain removes depth. As it is now you can build it to take advantage of overflow, you can throttle it when power is more important, and you can decide between saving e costs, and saving/earning more mass. T3 Fab farms are more efficient than SCUs, we don't need to change something to make Mass Fabs compete better than them (even though this idea makes them slightly worse). As for ease and accessibility, I think templates make things easy enough to not need changing as well.