Will replay IDs be posted as the games happen and/or will games need to have a specific title so they can be easily located in the vault? Eg as there’ll be a few days between losers round 4 and the final day if any issues come up in that time for M27 there’s a chance I could do something to fix them ahead of the final

@maudlin27
No one took note of the Tourny game ID's during last couple of RC's,
although "most" did put "Rainbow" somewhere in the title.
But...
Looking up players name in the replay vault is how I usually find games.

As far as "updating" the AI mid week, during the tourny,
I don't see any problems, as
there will only be 3 teams left to pass the word on to.

During RCIII - Swarm was updated mid week and the
twitch streamers tried to cast a previous weeks game while
waiting for the Final days matches to start... and
they had to re-install the "older" swarm version to get it to work.

Would be nice if newer versions of AI's were backward compatible and
be able to show/replay older version games.
But understand it's not feasible

But you can leave any map related comments here or dm me.
Let me know if you find any imbalances or pathing problems.
If you think your AI would do well or have a problem let me know so I can change AI's
Thanks.

I will be updating map pool in Post #2 at top of this thread. 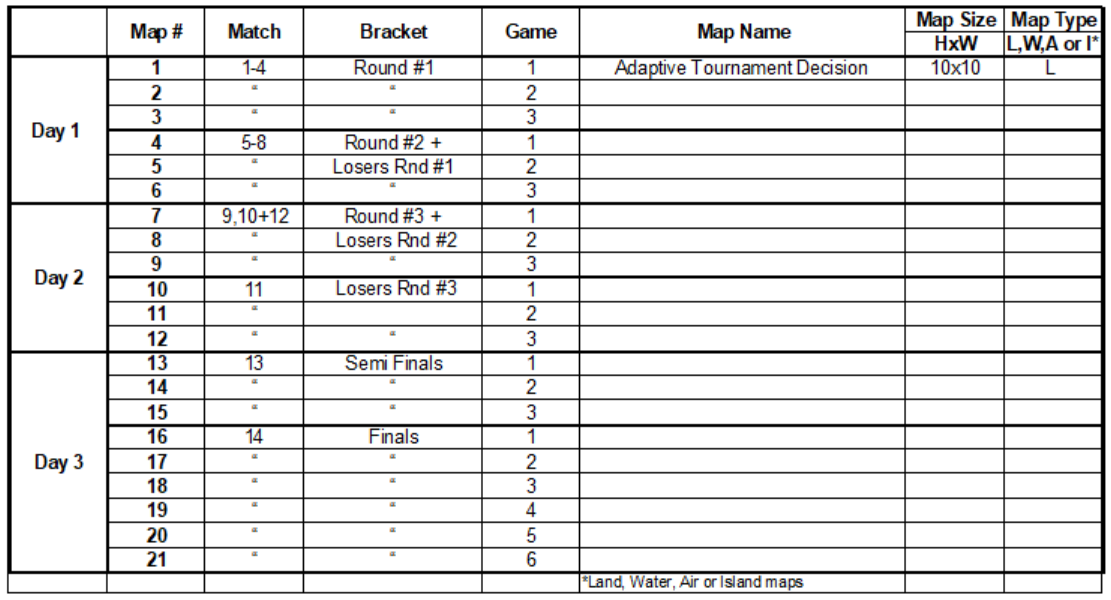