This topic has been deleted. Only users with topic management privileges can see it.
last edited by
8
S
soulgamer31

In all honesty, i dont know what the heck is going on with the council and frankly i dont care. However, i think we can all agree that having archsimkat's post featured on the news part of the client itself is inappropriate. Not only does it give a very bad look to new players, but it also spreads the drama to the one place that shouldnt have it: the client itself. Obviously, the ideal was that such problems shoud have been resolved between the councillors and not exposed to the public the way it was, but now that this shitshow has already been started, the least we can do is limit its reach. Keep the client free of politics and drama, please.

I am sure it will soon be removed and investigated who abused his power there. I would guess that this is not a post made that was approved.

As far as I'm aware only promotions team have access to that. Tbh, I'm afraid it was nine2 who featured it himself to look unbiased after posting other radical news on the page. As there was no proper request to have it featured.

@randomwheelchair I thought so myself, although i remember him mentioning that all council members have posting privileges or something like that (i could be wrong tho).

Then I still hope somebody will remove it. It is not something I expect on a news page.

Nine gets up soon be patient

Did he ask for it in PM? Because as @RandomWheelchair said it was not posted in the #news-post-requests channel of the promo discord.

how is that relevant?

I'm not sure you should be using words like circus unless you want a second round of it with certain game in middle of it.

what is your deal?

I'm not sure calling Archs doubting nine2 a circus is the best way to go about it.
If anything calling the notion of someone else caring about the community and one of it's councilors representing major conflict of interest a circus is a toxic way to divert the eyes from the bigger problem that we have on hand.

@tatsu What post is that exactly? Could you link it?

edit: on topic, I agree with the OP that just as the previous one should not be in the news, neither should this one be.

the one that's we're talking about here. 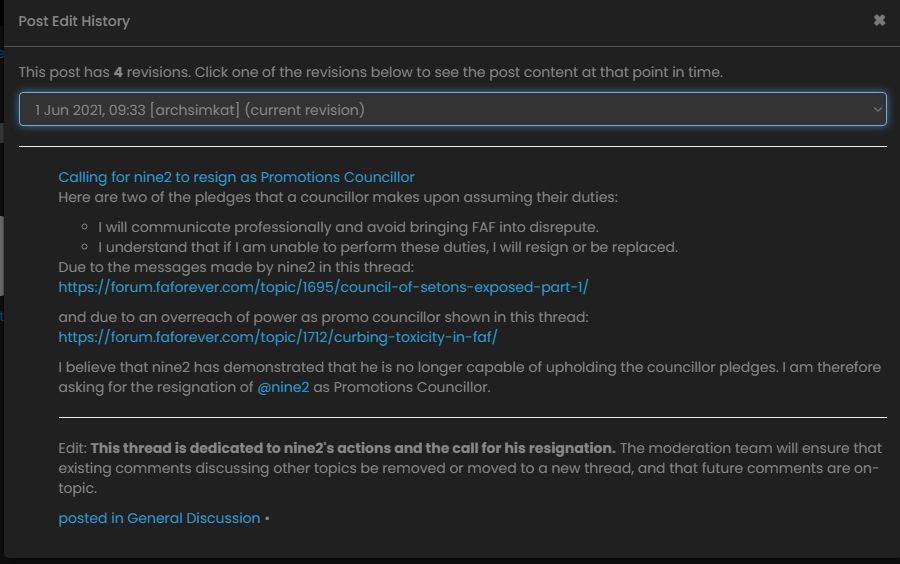 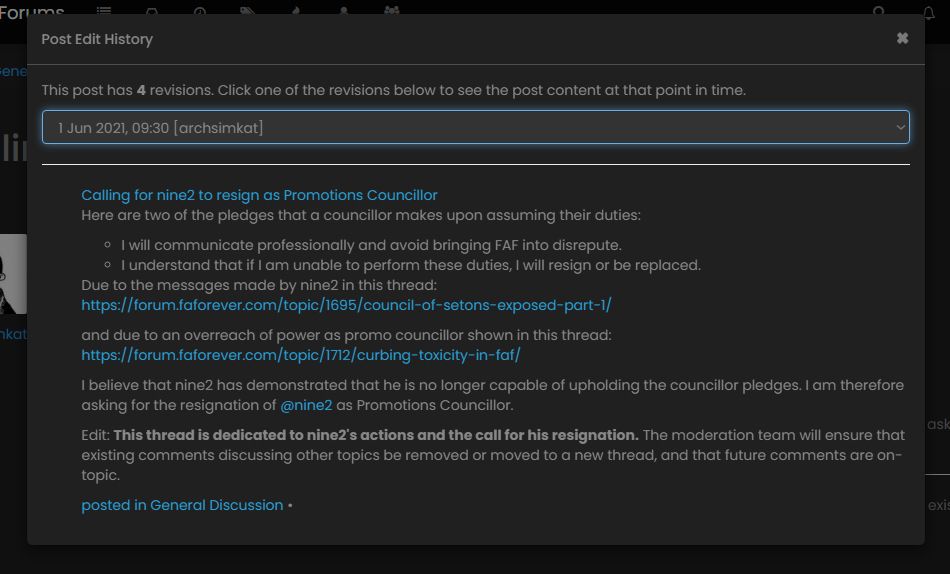 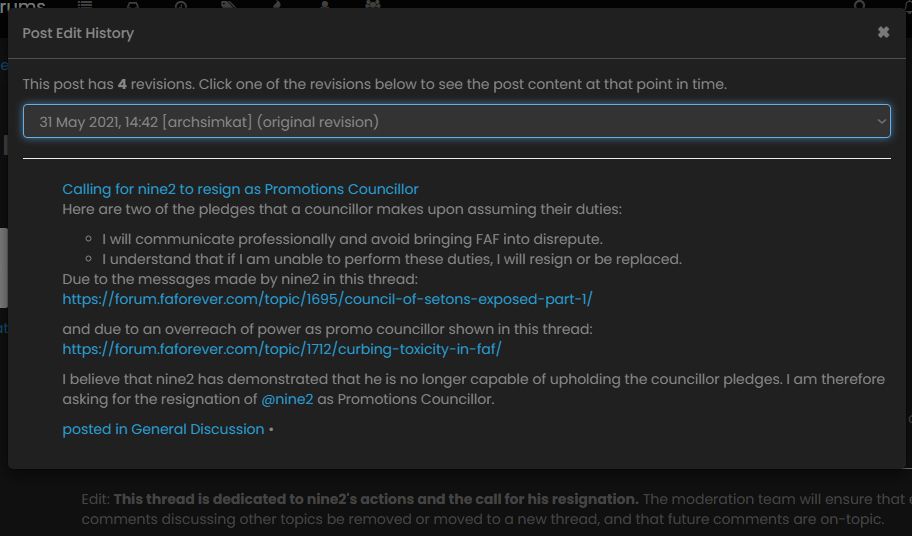 Keep on lying. It surely is gonna help out you, nine2 and your project.

I'm not lying, that's what it seemed to me. I remembered that wrong. I'll edit.

Please, you even went and checked out the post and made screenshot of it to show which one you are speaking about.
You are only backtracking now 'cuz someone actually went and checked it out. Sorry I don't trust you.

Even more when you look at the post from nine2. If the post was requested by arch to be put there in PM then I think nine2 would mention the post being up in the pm. Exactly the same way as he went about it with Emperor penguing when getting his appreciation posts up on the newshub. For whatever reason he was capable of making dealings outside the public space with him and never mentioning it in the channels designed for it. But he just had to mention this one going up in public.

There was no need to mention it publicly unless he wanted to make it some kind of nefarious statement.

Abusing my ultimate server powers I trashed the article now.