I’ll take this as you having zero real reasons to accuse me of stagnating anything. Instead you are trying to scrape the bottom of the barrel for any vague, phantom reason whatsoever to justify why the dude in your personal discord server should be elected.

To the point of accusing me of not allowing a dude with dozens of bans and perhaps the most justified perma ban in FAF history behind Super’s to be a contributor lol.

@judahx dude he already replied to this twice. Read the thread. 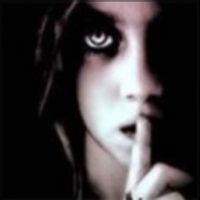 If ur chief police and a burglar breaks into your house and rapes your wife you are not allowed to be disrespectfull to him. Remember you have an importent function!

But to continue your ridiculous example, if he talks about the criminal at the press conference afterwards, yes, he's not supposed to call him a roach.

And @FtXCommando : See, that's what I'm talking about. Whenever someone says that you're aggressive/insulting/shoot down stuff, you say "where do I do that?", people quote examples and you go "Yeah lol, that was reasonable". If you can't be convinced by any arguments, doesn't at least the frequency with which you run into hostile discussions tell you something? (and just because you're going to ask some examples from the last 2 days: Your discussion with Mozart in Jagged's chat, your discussion with Sheeo in Discord, saying to someone their contribution would be equal to a 1700 rated random player. The crazy thing is, that none of these occurances would be more then a normal talk if you would know how to communicate a bit friendlier.)

Ok, I'm going to give you another example. A user said "excuse me why are you not considering francias as a candidate" which seems like a perfectly valid question (if you didn't read the thread) to me. Your answer was that he's a roach. Now compare that to what Jagged has said about Feathers: He clearly dislikes him, but he said in his stream basically only "he's a toxic person and has multiple permanent bans". Now would it have to be that hard to give a simple answer like that?

And to just throw an idea out: You clearly have redeeming features, given that a lot of people from the background/dev root for you. Maybe there's a position that you would enjoy more then PC, working directly with them? I know that when you're in a position to moderate or communicate in a public forum you sometimes develop an intense hatred for the participants. But also your job would be to not display that. It seems to me that the current position isn't really the best fit for your personal talents.

Anyway, I didn't really want to participate any more because I'm still so new to the scene, but the unbelievably stupid rape comment roped me back in. (See, I can say that because I'm not PC :P)

I've known Mozy for years that's how we talk to each other, don't see any aggression behind it tbh. That is a normal talk. With Sheeo, that's a whole basket of eggs there and frankly I feel totally justified in everything I did. No idea how you intend to turn anything about that scenario into a normal talk.

And yeah, there's a difference with a PC that is trying to bridge a communication divide between community elements and the balance team because he has a deep level of experience with said balance team and can act as a liaison and a dude that by his own words only really knows them from some low effort forum posts. That isn't intended to be normal talk, that's me describing the difference between me and another candidate at a respective role.

How about the reverse: somebody wants to be comfy response dude, I don't have a problem with it, they can go ahead and help me. I'm noticing near to zero qualms with past or current actions I'm doing, so why would I go and work under somebody that has the resume of: nice guy rather than he working for me and I continue working to improve FAF with my systems.

Also, the dude in that quote (bullydozer) is entirely aware of who feather is. His question was sarcastic and rhetorical, and I responded with my own absurdist statement. I really don't understand why we're doing investigative journalism on this tbh. 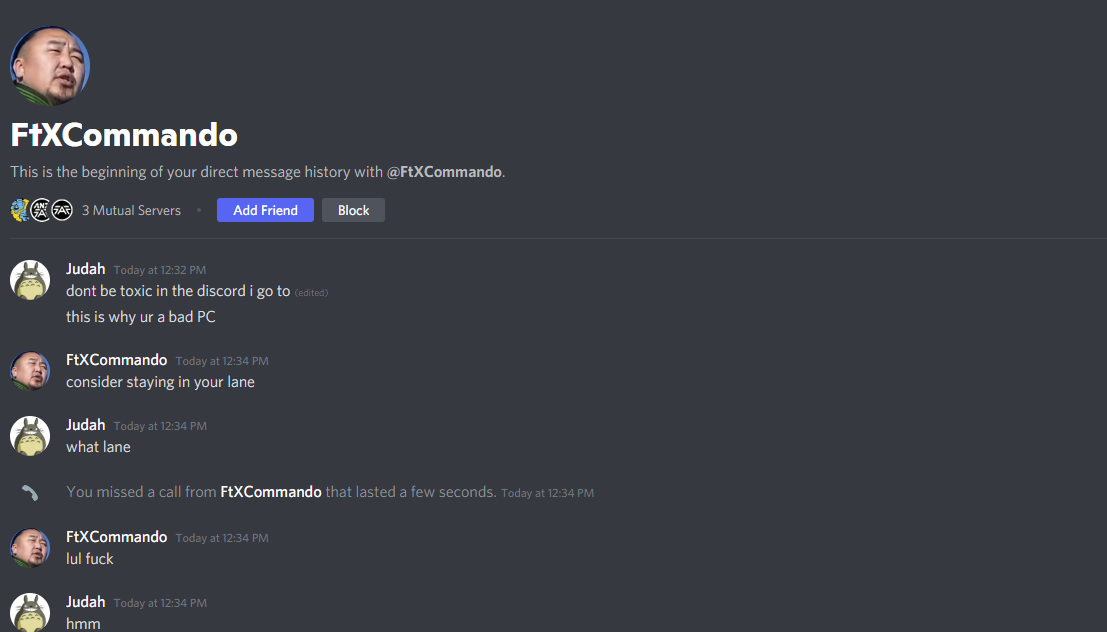 Finds me Joins my groups discord proceeds to be toxic . I PM him to make it private then he continues to be a jerk. He ends up subtly threatening me . What does he mean by "consider staying in your lane"

I have some stuff to ask but Im being forced to do it later:

Firstly however, I don't think anyone in this thread is free from the "sin" of being toxic. Considering I know the three of you, you've put on your nice hats and it's really only a matter of time before the wind blows them off.

For Penguin, we can happily discuss the 5 hour long circular map feedback discussions where you fail to understand basic concepts and then seemingly break, spouting abuse in any direction.

And for Morax and FtX, we can also quite happily go into past discussions again about behavior again if we please.

I don't really want nor think it's actually relevant to any discussion, because i'm also a sinner, however:

You're just asking me to possibly throw away progress on FAF for a simple promise that I know you're not able to keep.

And when you break it, what happens? You've failed to do the only thing you've been voted in for. Do we hold another election under a vote of no confidence?

@Judahx Make your point once and then link back to it later. Stop spamming the thread with the same quote or i'll just remove it.

Questions on pollings and etc, will come in roughly 8 hours boys.

Can I find a random quote from the other 2 candidates where they are toxic and spam this thread full of them without making any point, or will they actually be deleted now

This is just a guess, but sheeo doesn’t like ftx very much, so if the people he talked into running fail to oust him, he’ll probably lobby the faf board to erase the player councillor position entirely.

It's not that you can find a random quote by ftx to make him look bad. The problem is that 10 per cent of what he writes can serve as such quote. From the top of my head I can quote him at least 10 times. Ftx does not have the attitude of a councillor, that's why he was originally excluded from running for the position. Being in the position has proved the council's concerns true: during his tenure he kept displaying arrogance and toxicity towards players while trying to make friends with top players or people with decision making powers. And this even got worse as he felt more secure in his position. Call it what you want, but I call it unfit for the job..

Ftx is always online and well connected to some top players: great he can help faf elsewhere, he does not need to be the voice of the player base and representing all of fafs players and interests. Because as it is currently that sounds like a joke to me.

This entire thread has 90% of everything but what this is designed for,why the balance team,tmm and FAF association is even being spoken about,you guys should be focusing on the PC election and it's participants.

@randomwheelchair
No, actually, I had already talked with Valki in pm and helped him with some stuff before I was even planning on running for PC.

Personally, I question the value of FTX's choice to shoot down most new ideas very readily. I think that policy makes negative associations with the FAF experience, contributes to a negative atmosphere, and discourages participation. I don't believe that attitude is good for fostering a collaborative and friendly atmosphere. There are many occasions in which I think the way FTX responds to people is worse than if he didn't respond at all.

I should add that @Morax has also advised me to look into modding (in pm). More people have recently suggested it, and I have been encouraged enough to do something with it.

I started trying it out this week by first improving the UI for my poor eyes. Might indeed go a lot further than that.

This thread is a dumpster fire

This entire thread has 90% of everything but what this is designed for,why the balance team,tmm and FAF association is even being spoken about,you guys should be focusing on the PC election and it's participants.

Ask some questions, please! I stated earlier in the thread how there’s not enough be asked so we’re left to going back and forth at each other. I will be addressing ftx response to my application and talk about his soon, just taking time to research each point.

I’m convinced we should separate PC into two positions. Product manager (basically what FTX is doing now) and an actual PC who tries to create an inclusive environment and focuses on what the players want.

You guys want basically a PR rep or a social media manager, too bad you didn't propose anything like that