This topic has been deleted. Only users with topic management privileges can see it.
last edited by Vect0r
0 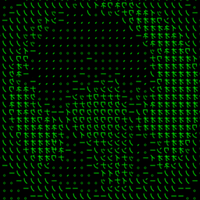 Asinine testing methodology. In this scenario Percies always win if you have more than 2 IQ. Just right click the percies so they kite back.

All that's left is to wait for the topic to be closed eot.

Yea that's the same with harbs, contrary to common belief, fights mass for mass are kinda even if you don't abuse percy range.

In general, there are many reasons to make percies over titans : the alpha strike, fat HP, range, and the lack of E drain. You make titans for their mobility and when the ennemy has t1/t2 mixed in his army.

The two replies above are correct. Additionally, Percivals scale better due to higher range and health, meaning large groups (say 50 vs 20) will almost alwayd guarantee a Percival win. Less importantly, you have ancilliary benefits of the Percival being amphibious ability, zero power draw (no loss in defense when in low power state), and high combat strength per transport slot.

Yeah guys, you are are right

sorry, 700 here...
Anyway, just was surprised that in small groups, titans, mass for mass, have a chance vs percys.