This topic has been deleted. Only users with topic management privileges can see it.
last edited by Askaholic
11

Some time ago I started working on a replay parser library for FAF/SCFA replays, and now it's gotten to the point where I think it deserves a forum post.

This project started as my own rewrite of a Parser library written by @dragonite and quickly evolved to include a more versatile replay inspection tool. I think this tool can be useful for many people in the FAF community who want to understand the replay format and what information is/isn't available in a replay. I hope that by sharing it, we can figure out the last few unknowns about the replay format, and that people will be empowered to explore new ways of extracting useful data from FAF replays. I have been impressed by the work that @teolicy has done on this front so far (hopefully he will make a post about his work soon).

So what the heck does this tool do? Read on to find out...

The tool currently has 3 functions:

I expect this to be the most widely useful feature of the tool, as a lot of other software that can parse replays only knows about the scfareplay format. The tool can handle the newest version of the fafreplay format as of release 0.5.0. Unpacking is very simple:

Note that you do not need to unpack replays before using them with the other features of this tool. Files ending in .fafreplay will be converted in memory automatically.

The info subcommand displays the sort of stuff you would expect to see for instance on the vault page. Stuff like the name of the map, the name of the players and what mods were used. It can also be configured to go into more detail with certain flags enabled.

Note that this subcommand doesn't show every bit of information available in the replay header. It aims to provide more of a summary of the most relevant information.

Here is where things get really interesting, although it requires a lot more work to extract useful information. The commands subcommand lets you explore the meat of the replay file.

By default only a small subset of commands are parsed as these are the most useful:

However, you can select exactly the command types you are interested in with the --commands flag. For a list of all available commands run:

There are also a few options for printing additional information such as the offset of the command in the file (useful when paired with a hex editor) and the in game time at which the command happened.

For example to select only two specific commands and print additional info:

Keep in mind that determining the in game time requires parsing Advance commands and using the time option will force these to be included (but not displayed).

Some commands will have a number of fields called arg1, arg2, arg3, etc. This usually means I haven't figured out what they do or don't know a better name for them.

If anyone finds a replay containing a SetCommandCells command please send it my way as thus far I have been unable to locate any occurrences of this command.

I have compiled some binaries for Linux and Windows and hosted them on my server. If you don't feel comfortable downloading random exe's from the internet you can install pretty easily from source.

There are also Linux binaries built on each tagged release, but they are a little hard to track down in GitLab CI. Version 0.5.1 for Linux can be downloaded here.

The parser is written in Rust so you will need to use cargo to compile it. If you have cargo installed, you can run:

You can also install the latest version published on crates.io with

but it may be less up to date than installing directly from git. I would recommend starting with the first command, and if something turns out to be broken, try the second command.

Note that you need to make sure that the ~/.cargo/bin directory is in your path to be able to run the tool once it's compiled.

The parser is available as a python package for convenience. The bindings are written in Rust using pyo3.

Here's an example of using the bindings, copied over from the README with comments removed for brevety:

Note that the bindings themselves don't currently provide a function for converting from the fafreplay format to the scfareplay format because I didn't want to redistribute the needed dependencies. However, you can achieve this with the following bit of code (shoutout to @teolicy for porting this over from my Rust code):

For more information see the project page at https://pypi.org/project/faf-replay-parser/.

Thanks to cibuildwheel and the fact that GitHub Actions can run Linux, Windows, and even MacOS instances, binary wheels for the latest version (0.5.1.post0) are available on pretty much all major platforms, and all cpython versions from 3.6 to 3.9, as well as pypy 3.6 and 3.7. Install with pip:

A source distribution is also available in case you are running something really exotic (or old). You will need to have rustc installed to build the package.

This is actually the OG project, but it gets mentioned last because I'm guessing the overlap between people who are interested in extracting information from SCFA replays, and people who would rather do so in Rust than Python is quite small. If you happen to be such a person, let me buy you a beer sometime. Also check out this project's crates.io page for documentation.

I would be interested to hear what cool things people find in their replays, especially if they are things that seem to cause any errors with the parser. If you run into a panic (other than Broken pipe), let me know how you caused it.

I would also be curious about which commands people can find in their replays, as there are some commands which should theoretically exist, but I haven't found in any replays that I've parsed. There are also some arguments/bytes which seem to always be the same for a given command.

Furthermore, I wonder if the replay format for Forged Alliance is similar to that of the original SupCom, and if anyone has any vanilla SupCom replays that they could throw at the parser.

Of course I would also be open to some suggestions for improving the parser, ALTHOUGH please only make suggestions once you have a good grasp of the replay format. There is a lot of information that we all wish we could read straight from the replay file, but is actually impossible to obtain without fully simulating the game (which this tool cannot do because I have not re-implemented SupCom).

This thing is good, it parses tick count real fast, it's thanks to this thing that we get to preview in-game time for replays, you should adore it

I updated the development version to clean up the command output a bit.

The commands should be a lot easier to read now. New versions of the pre-compiled binaries are also pushed, link in the OP.

I have downloaded a few thousand replays and used your python libary to parse all chat in them. 12MB of text was parsed for this.

I have quite a big text file for each FAF username. I know it would be better to use userID and I will in future things. Does anyone want this data? 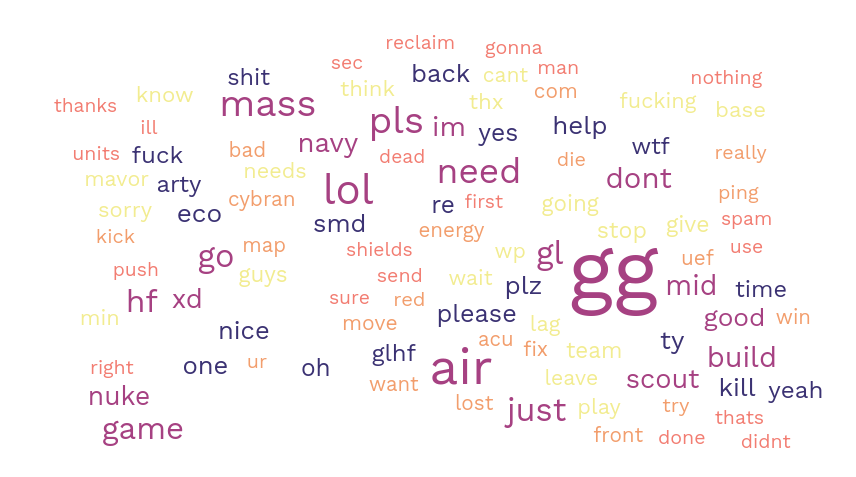 Could be interesting seeing more replays parsed and data analyzed/presented.

I have tested a python binding and it is OK. What kind of the data analyze do you want ?
Winning fraction? most killed fraction ? popular (unpopular) units ?

@meatontable What information can you extract here?

Sorry for delay. I'm doing this for fun when I'm free. Of course, a detecting winning conditions is a good goal.