This topic has been deleted. Only users with topic management privileges can see it.
last edited by FtXCommando
6

This is where I'm going to be putting things as I work them out. Feel free to give input if you want.

Blue would be a cutoff for 10 invites.

I would also really prefer if people that are interested in actually livecasting things directly associated with LotS ie everything in December that they come to me and try to cover one of the preceding official events so that:

Should be noted this is for people that can actually RUN the stream. Guests that you invite to cast alongside you are up to your discretion, all livecasters are trusted to maintain a decent streaming standard for the community.

Just gonna post my thoughts on all of this:

Do not offer funds to people that placed below 5-8th.

I think this makes sense in a world where players are receiving invites to LoTS. If you were doing 4 quals, it makes sense to reward people for winning the quals.

This is good, I think having higher seeds choose their groups first worked well for Spring Invitational. It led to more balanced groups overall and better playoffs later.

I think this is a good idea if you have the casters for it. I think spilting the group stage over 2 days and having the groups fight at different times makes sense from a viewer perspective. It also allows certain casters to cast groups that they aren't playing in on FAFlive. I think you should try to avoid having 4 different streams going at once for each group though.

Maybe include map gen in some way.

I think map gen was pretty successful in the Spring Invitational and having a few map gen options in a map pool to let players opt in to map gen goes a long way.

This is strongly my preference, there isn't really a need to do invites and reserved slots. The point system should reflect who the top of competitive faf. Those high level players who only want to play one tournament a year should easily be able to secure a top 4 slot in the qualifier.

I have Summer Invitational currently penciled in for July 10th, July 17th, and July 24-25th and Fall Invitational scribbled in for September 18th, 25th, and October 2nd and 3rd.

Overall I think this is a good direction for LotS to go. I think players sometimes miss the point that the FAF patreon (and the money that people such as myself donate) is being used to facilitate a high level competitive scene, not to just give money to the top players. If players aren't participating in the high level competitive scene, they shouldn't expect the tournaments to cater to them.

This is an important step to reviving the health of the high level tournament scene which is a useful marketing tool for FAF as well as good for broader community building.

Could you post the updated Leader Board after every tourney that grants LoTS points?

Yeah sure, makes sense. I'll update the 2nd post with it after the next league series.

Just going to give a quick update after discussing with Tagada, Swkoll:

LoTS Option A is going to be elected: 12 invites through point system, remaining 4 seats through qual event

Tourney schedule/format (refer to point system and schedule in first few posts) will remain largely the same as it is already a week into July, any changes now would likely be too complicated.

A "lower-level" bracket is being determined.

I will update more as information becomes available.

I will again kick things off with AU$500 towards the prize pool. Will send the funds mid-August if that suits.

Happy to do my part. Huge thanks go to those who work behind the scenes day-in-day-out to organise tournaments, maintain the forums, coding & updates, moderators, etc. Collectively we keep the game we love alive! 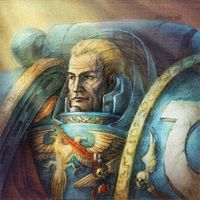 How does one go about donating funds to the prize pool? Could someone contact me about that please?

Hi, @Roboute01 , if you could get in touch with me outside the message board that would be the first step. I’ll use the direct message system on here to get things going.

Folks, we are getting very close to a point where a decision needs to be made on the following:

After talking with several players, it became obvious that Option A and a new, fifth Option E shall be used:

A single qualifier event will take place a couple to few weeks before the Group stage. For those who decide NOT to play throughout the year and do not have enough points from previous LotS, will not be in the event. If you do not place top 4 in the qualifier, you will not get a spot, unless enough points are awarded from other events. Anyone can play in the qualifier.

LotS placement for 1st thru 16th will give A HUGE AMOUNT of POINTS that GUARANTEES PLACEMENT, 50% decay for 2 years prior, 25% for 3 years and 0% for 4 years.

I am awaiting the most up to date point totals to determine what is feasible for the points from previous LotS, but it will guarantee top 4 get in.

Keeping this simple because of all the chaos with the server lately, and I have already published a tourney schedule for the remainder of the year here:

Point Leader Board right now without any adjustments to the point system. (This is subject to change!!!)

Just FYI to all, Option A has been determined as the best route for the 2021 year. A good portion of people voiced against this due to the fact that a "single qualifier greatly reduces the reason to play throughout the year and it is unfair," which I do agree with, yet we ran into a major roadblock as to how to make it fair for Swkoll (one of our most active players) to qualify. He spends quite a bit of time and effort to run the seasonal invitationals so it seems quite unruly to exercise other options.

However, as this is also appealing to some players who do not wish to participate in games throughout the year, it will be addressed for next year should they not qualify or choose not to.

So please, keep and mind attention to the qualifier event which will take place in November. I will be adjusting the schedule for the annual events one, last time. This will place the second Mini-LotS somewhere beforehand and I am currently unable now to confirm my availability. It may need a TD to run it while I am away.

Thanks all for taking the time to talk to me about this recently!

The Standings have been updated :