@Auricocorico but if we are doing that why not just change it to tank icon lol.

That's the definition of a compromise ... Halfway solution between "no change, mantis are bots and cybran messes up with your intel", and "mantis are used as a tank, make it a tank icon"

So I can put a fuller post with a more detailed explanation later but with exception of T3. Which is weird for icon assignment. But in general:
Units with Bot Assignment Strategic Icon. Had/Have higher DPS and with 1 Non T3 Exception Higher Movement than “Directfire” Equivalents.
All Labs had Higher DPS than tanks.
All T2 DirectBots had higher DPS than Tanks.
BotAntiAir had Higher DPS than TankAntiAir.
All Bots in general have had Higher Movement Speed Than TankDirectFire. Bots had lower HP than Tank Equivalent except for Aurora. Now Mantis, is also Bot Icon for Intel reasons as stated.

Now interesting Ilshavoh is only T2 Bot Icon that an exception to this rule (and is noted in BP as having the wrong icon).

That said I would prefer Aurico solution, because it keeps the intel situation sense the similar icon results in a momentary confusion for players. But it keeps it distinctive removes the bad feels.

Also I would argue for introduction for whole host of new strategic icons to be frank. Like if I could I’d introduce the following new icons (bias exists here I’ll admit:

I'll just say I 100% disagree with Dragun's opinion and think it makes a lot more sense for mantis to have a tank icon, since that is what they really are.
I think it's very rarely a big deal that you will get confused, since hunters are not spammed and you can just assume a group of them are mantis, and if it's just one or two raiding you'll probably be sending tanks to counter rather than labs anyway so it's almost never very relevant. But there are some occasions where it would it ought to be clear without having to zoom in. I disagree this is or should be part of cybran's subterfuge style, because as BlackyYps said it's less clear to cybran players themselves, AND their teammates in a teamgame.

I'm quite sad noboby took draguns comment seriously, I think it makes perfect sense. Mantis has been like that since SupCom ... i'm sad this feature is removed to satisfy 3-4 people ....
#mantisarebots !!!!

I made a three paragraph reply two posts above yours dude. I took it seriously out of respect for Dragun, as much as anything, cos he's a good guy. I just don't think his perspective makes sense in this case.

I would also be on board with a T1 Percy/Brick icon, I just don't see the point of having two units in the same faction having the same icon when it can absolutely confuse newer/rustier/worse players either using or fighting the Hunter/Mantis, like I said in my last post. It doesn't really matter which gets used, T1 tank is also fine and consistent with Seraphim T1 MAA having a diamond icon.

And yes @veteranashe I made this thread because someone went LAB/Mantis mix against me and it caused minor confusion (if perhaps also being a little inefficient - I wonder if he pushed once or twice when he shouldn't have because he overestimated his forces). It's not confusing when people go Mech Marine/Striker or Flare/Aurora, which also happens. Regardless, you would want this to be addressed either way before it became a solid choice in the meta, not leave it because it doesn't happen often when it's literally one line of code.

As I said Sir-Prize that is the intention the effect youbare describing. But changing the Icon to “Armoured” Icon would imho achieve the same effect. As similar silloute will cause confusion as was the intended design but being able to focus or note it as “Armoured” would conversely be able to have less bad feels.

Stop claiming that "icon confusion" was intended by the devs.

Your right I don't know, but I DO KNOW the Cybran how thing is messing with your intel and it a single in a BP and the other tank directfire that isn't T3 with Directfire Bot Icon. Is the Ilshie which is explicitly stated to be "wrong icon" commented out. And their design gimmick is essentially "They can threaten everywhere" (while Aeon is attack from anywhere to UEF blunt/straightforward). And having a unit that can fool you into think something else? So any time you see a bot icon you need to treat it as a threat?

That is 100% within the parameters of the design of the Cybran faction. (I am still not happy with fact stationary T2 Stealth became non factional in FA so we are clear).

the Cybran how thing is messing with your intel

Thats not true. Cybrans thing is stealth., not "messing with yout Intel". UEF have false radar signatures on frigates. So you could argue that actually a mechanic like this would be more fitting on a UEF unit than a cybran unit.

But even then, you don't need to treat it as a threat. You just have to zoom in. Thats my whole point. A simple mechanical action like using your scrollwheel completely invalidates any use of this as a strategy, so its stupid to give this any strategic value.

If this was ever actually intended, then when the unit would move out of radar-only-vision into true vision, the icon would change. But this is not the case, so it is 99% not intended.

That is just.......wrong. Cybran ability with your intel in various means via Stealth is most common method, but cloaking is another. The fact that the Wagner goes underwater and as such avoids radar but not sonar is just because its funny? Or the Mole Cloaking but no stealth means it relies on enemy no making land scouts or radar to hide itself unlike the Selen. Jamming is used by UEF because UEF doesn't have 'stealth' capacities (and yes I know they have a stationary stealth field and there T2 Torp Launcher has Stealth). But what they do, is they are blatantly in your face they are neither sneaky, nor do they try to come out you from interesting angles. Jamming is the extension of that mechanic because unlike Stealth, it doesn't hide their units just makes so their appear to be more of them.

Dragun101
This post is deleted!
Reply Quote
last edited by
1 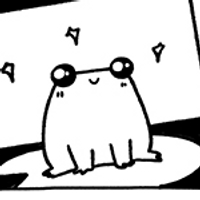 So it seems that the main argument in favour of changing is increased readability, with the benefit being mostly for newer\less attentive players as the timing and behaviour of the unit will quickly distinguish whether it's a Hunter or a Mantis.

The main con seems to be taking away factional asymmetry, a lack of which is a pretty common talking point for SupCom. In my opinion the more asymmetry the better, so long as it's balanced.

I think this "behaviour reading" is a skill that is satisfying to learn, and removing the need for it would lower an early milestone for figuring out the game (as a pretty new player myself). While in general I dislike "ivory tower design" where things are difficult to learn just to reward players who learn the game, I think learning to read the game state zoomed out is an integral and distinctive part of the game, and learning to distinguish Hunters from Mantis is one of the first ways a player can utilise that skill.

Disregarding the "cybran disinformation design" discussion as I don't have any new points to raise (and as it's an aesthetic instead of a balance question), I think the main question is instead: is confusion whether it's Mantis or Hunters disproportionally powerful? I don't think so for the aforementioned "attentive players will know" and also because labs aren't that relevant beyond the early game. A mixed force of Mantis and Hunters is a bit of a silly hypothetical in my opinion, an equivalent mass force of pure tank will beat it anyway.

Tbh, i dont like this idea. For starters, i dont think its really that big of a problem to begin with: even if LABs were used commonly with mantises (which they ussualy are not), you can tell the difference by simply zooming in a little or hovering over the icon until the unit name appears. Its not difficult to tell them apart really. Besides, using the tank icon for the mantis would not only take away a bit of its uniqueness (whats the point of it being a bot if its classified as a tank?) but it would also cause other, arguably worse identification problems, more specifically with Rhinos, as they would have the same icon as mantises and these two are actually used together often (i dont believe it would be a problem as its easy to check whos who and Aeon and UEF deal with the same situation with no problem, but if the reason behind the change is that its hard to tell a mantis from another unit then theres no point in doing so if such a change causes another, potentially worse problem).

Besides, if most players dont suffer from this "problem", then it seems unecessary to add this change to the upcoming patch notes. From what ive read, only one or two people complained about this, and its getting changed/has changed anyway, which doesnt sound fair to me.

Besides, if most players dont suffer from this "problem", then it seems unecessary to add this change to the upcoming patch notes. From what ive read, only one or two people complained about this, and its getting changed/has changed anyway, which doesnt sound fair to me.

This line of reasoning isn't fair.

It has bothered me but I didn't think I could change it. If I now complain about this you will say it wont count.
THis is a good change, most people will be happy about it.