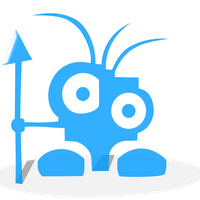 guys that happens if you close steam.

no, it is not because of that. as i said:

if i just run the run 5.09 file from terminal the original game launches.
if i run the 5.13 file nothing happens. it is working with launching from Steam, but not from terminal or from the client.

i ran the two files after each other. one worked the other one does not.
if steam had not been running then the first one would not have worked either.

@callcifer
it is hard to test for long games but as for me:

expect crashes. and test for it.
the game is not 100% stable with Wine / Proton.
we dont know why.

OK there seems to be some confusion. Here's where I stand.

if steam had not been running then the first one would not have worked either.
only 5.09, 4.xx run file generates properly for me.
5.13 does not

This is not correct in my experience. Before 5.13 I never had to have Steam running to play FAF. What has changed with 5.13 is that Steam generates a slightly different run file. With 5.0 and earlier the last line of the file ended with:

So instead of executing SupremeCommander.exe directly with wine, 5.13 instead calls steam.exe which in turn launches the game. That's why 5.13 doesn't work if Steam isn't running. Still, as I've said, you can fix this very easily by removing steam.exe from that line and everything will work correctly.

Again, not in my experience. I've had zero stability issues with Proton 3.16 and 5.13. The only problematic ones for me were 4.11 (caused desyncs) and 5.0 (caused replay crashes).

I just switched to D9VK

how'd you do that?

With Proton 5.0 and above Proton defaults to D9VK instead of Wine D3D9 so you don't have to do anything special. If DXVK_HUD=1 shows you the DXVK hud in game then you are using D9VK. Of course, you can try to force enable D9VK with PROTON_USE_D9VK=1

oh ok if it's default then perfect.

so this is not Proton version dependent.
more like Steam version, but even that is unlikely.

and my problem is not "steam is not running" with Proton 5.13.

Looks like my setup broke. Everytime I try to join a game I'm stuck with the FA mouse cursor and a black screen. Pinning Proton to 5.0-10 did not help. And I can't tab out of the black fullscreen window... Any advice?

If you start it from the terminal do you see any error messages?

Also, if you recently installed any updates make sure to reboot as kernel/driver changes can cause problems until a reboot.

@Brutus5000 you could delete .faforever and .com.faforever.client.FafClientApplication in home see if it's not the conf file that's messed up.

if that doesn't do it. regenerate the run file (remove steam.exe like calcifer did)

if that doesn't do it redo your whole FA install.

this is quite weird TBH. never had this. what change happened on your setup before it started failing?

Hi everyone,
I'm trying to install downlords faf client on linux. But i'm having problems with java installation.
When i follow the wiki and install openjdk-14-jre (and do all the other steps) i get the following output when trying to run the client:
No suitable Java Virtual Machine could be found on your system.
The version of the JVM must be 15.
Please define INSTALL4J_JAVA_HOME to point to a suitable JVM.
I then tried installing version 15 and setting the env-var with the following:
export INSTALL4J_JAVA_HOME=/usr/lib/jvm/java-15-openjdk-amd64
I also tried to install the oracle java package (as in video tutorial) but i could not get it to install at all.

I am not very experienced in linux... does anyone know what i'm doing wrong?

Hi everyone,
I'm trying to install downlords faf client on linux. But i'm having problems with java installation.

do you do this or something else?

btw i have switched to Windows 10 in this month.
im not proud of this.
but i had basic stability problems constantly. with my recent set up too: PopOS LTS + Gnome3 + AMD drivers.
i dont know why, i have no time to experiment with other things. Win 10 is stable.

so i cannot test the game on linux from now on.
if someone wants to update the wiki from now on, go ahead!
https://wiki.faforever.com/index.php?title=Setting_Up_FAF_Linux

@foodlfg Thats right, thats what i did and i got the output telling me i need java15. but installing java15 did not solve it unfortunately.
I was thinking the environment variable should be different two so i tried changing it to /usr/lib/jvm/java-15-openjdk-amd64 but thats probably wrong.

EDIT: just got it to work. had to use this command:
export INSTALL4J_JAVA_HOME=/usr/lib/jvm/java-15-oracle

Hi everyone!
I've set up the game on latest Manjaro with Steam Play, and I have a couple of questions:

Also I've read some from the comments in this topic and the game itself was pretty stable compared to some. I have managed to watch two ~1 hour replays (with max speed) and there were no problems.
Thanks in advance!

takes about a minute to put me into the game and similar amount of time to close the game after I hit exit.

strange.
did you use the PROTON_NO_ESYNC=1 flag in Steam before you generated the run file?
without it, it is slow.
probably it is not it. but i have no other idea. the loading wasnt really slow for me.
it may also be a network problem. when you have to connect to other players via the faf server.

as for the replays, same, no idea but make sure you close the game before you start a new replay. can you post the error message?

The PROTON_NO_ESYNC flag is set, yes. I don't think it's network related because I was self-hosting a game with no peers. Did not give any error message either, it just took forever.

As an additional information, I enabled Vulkan support and overlay on the system. With Steam it shows the version info and such but when launching via FAF the corner remains empty. Don't know if that's an indicator of something?

what if you start a terminal and type:
export DXVK_HUD=1
export INSTALL4J_JAVA_HOME=/usr/lib/jvm/java-15-oracle - the usual
./downlords-faf-client - the usual

this should work and you should see the fps numbers etc if you are using Proton 5++. Proton 5++ versions have Vulkan translation enabled by default. so probably you are ok.
but anyways, even with OpenGL translation, it should be faster.

unrelated
but i see someone modified the wiki to use oracle jdk.
is that ok? i mean open jdk was not good? im concerned about that oracle jdk is not accessible from every of the linux distribution repositories.

Yes, thanks! Overlay and hence vulkan translation appears to be working now. It is still slow though. Joined a game couple of minutes ago and it took like 2.5 mins to start. I was astonished only one dude left till then.

As an aside I was planning to go with openjdk but the specificity of the wiki made me install oracle instead.